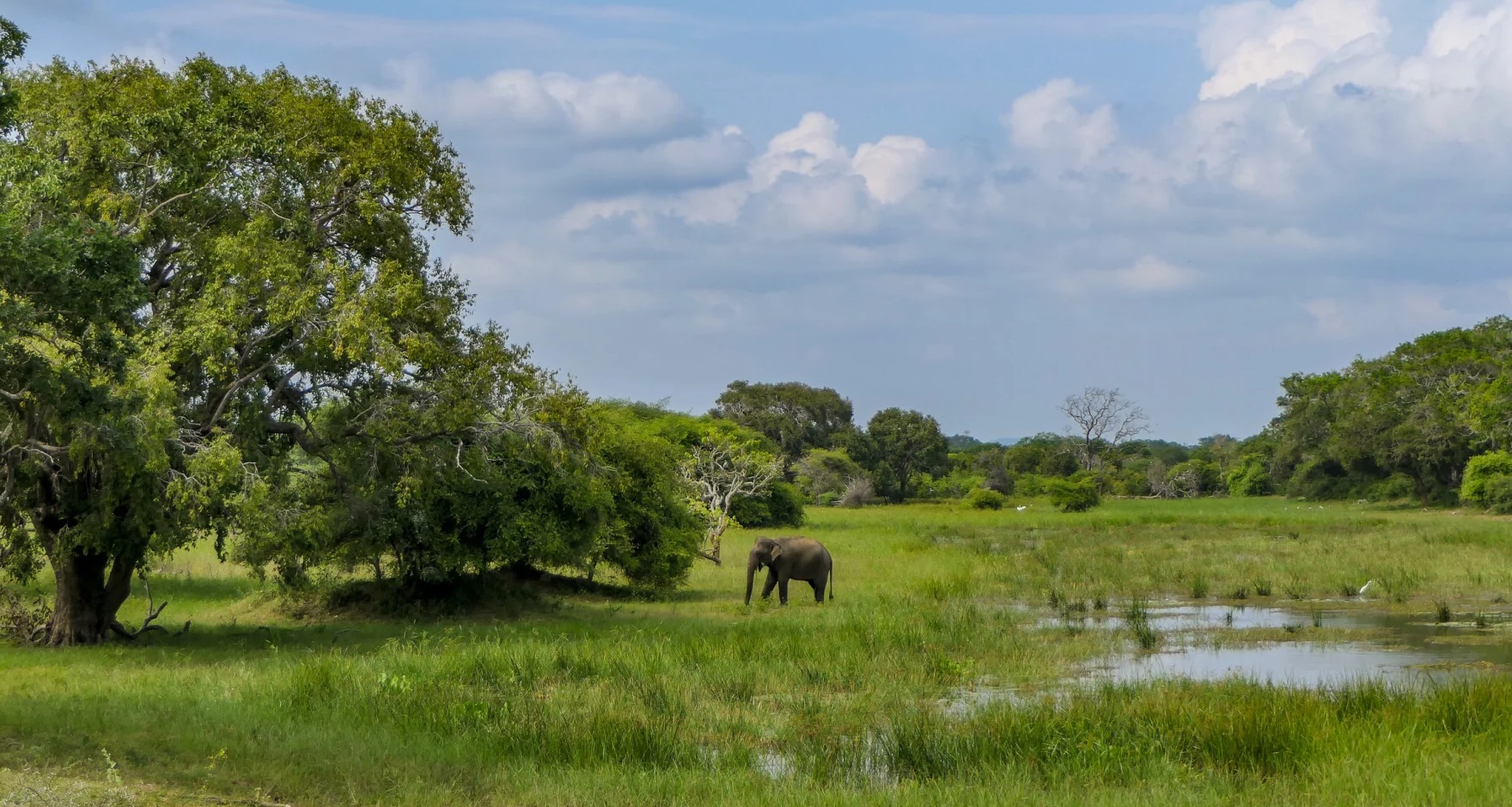 Yala National Park is the largest and most famous of its kind in Sri Lanka. He is now more and more often referred to by his historical name Ruhuna.

In ancient times, that was the name of a kingdom that has left traces to this day, for example through a sophisticated irrigation system with reservoirs. The Yala West area is usually open to visitors, the eastern areas are often closed.

Many water reservoirs and also smaller wet biotopes characterize the grandiose landscape as well as large boulders that break up the bush land again and again. To the east, beautiful beaches on the Indian Ocean form the border of the national park, to the west the village of Tissamaharama (Tissa) on the Tissa Wewa reservoir offers many good hotels. Also in Kirinda, a fishing village a bit south of Tissa, there is good accommodation.

Safaris through the approximately 40-kilometer-long Yala trail network are not exactly cheap, they consist of entrance fees, fees for the jeep with driver and tracker (tracker) and mandatory tips. For two people, the fun can quickly cost around $100. The pricing is complicated and not very transparent, which is used by smugglers and smugglers on the way to the park.

If you buy a “package” with a lunch box in a reputable hotel in or near the park, you drive safer and certainly not more expensive than with dodgy offers from the street. And: In the high season, December to February, dozens of jeeps often crowd in front of a herd of elephants and even more when a ranger has spotted a leopard in a branch fork. If you can, you should come here at other times.

And there is so much to see in Yala! You can always count on elephants, different types of deer, crocodiles and exotic birds. And what of the leopards, the kings of Ruhuna? Nowhere in the world, according to self-promotion, should there be more. However, even the rangers say you are very lucky if you actually get to see one or two of these beautiful big cats in a day…

By the way: If you are in this region in summer, you should visit the town of Kataragama. The perahera (procession) there is celebrated by all three major Asian religions, but especially by Hindus. Like the Kandy Perahera, it takes place in the summer month of Esala (between July and August), but is less well known, but more original and almost more spectacular, since the focus is on yogis and other ascetics with their fire walks. The festival is dedicated to the god of war Skanda, who is worshiped in Hindu mythology as the brother of the popular elephant god Ganesha.