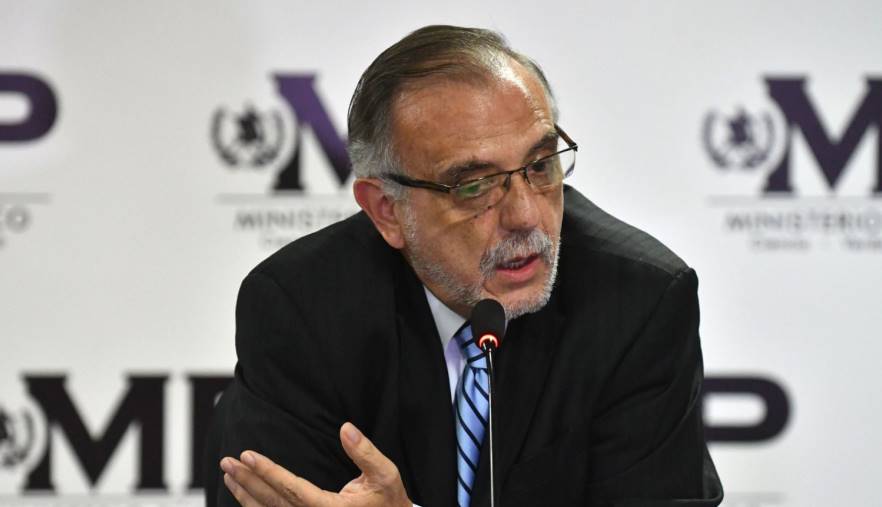 Iván Velásquez Gómez, noted for his long history of fighting corruption in Colombia and Guatemala, will be the Minister of Defense of the Government of Gustavo Petro, who will take office on August 7.

Iván Velásquez Gomez has the challenge of removing the National Police from the Ministry of Defense, as proposed by the president-elect, so that it becomes a civilian body and forms part of the Ministry of Justice or the Interior.

Velásquez, born in Medellín in 1955 and a lawyer from the University of Antioquia, has a long history in the Colombian judicial system and as a commissioner of the International Commission Against Impunity in Guatemala.

The investigations against Pablo Escobar in Medellín

He became known in the 1990s as a prosecutor in Antioquía, in northwestern Colombia, an area that was the epicenter of the excessive violence of drug trafficker Pablo Escobar and his criminal organization, the Medellín cartel. In that position, he led investigations against Escobar and managed to collect evidence that triggered the biggest security crisis in Colombia during the presidency of César Gaviria, by showing that the prison where the famous capo was confined was a place full of luxury, violence, sex and corruption.

After Escobar’s escape from La Catedral prison in 1992, Velásquez had the task of trying to manage the drug trafficker’s handover through a meeting with the capo’s wife. The meeting unleashed threats and persecution against him.

Later, in 1997, as regional director of the Medellín Prosecutor’s Office, he began a frontal fight against the so-called Colombian self-defense groups, criminal paramilitary groups dedicated to persecuting guerrilla groups. Velásquez exposed the link between the self-defense groups and various political figures. This investigation only increased the threats and even put a price on his head.

Convictions for paramilitarism / Who is Iván Velásquez Gomez

But it was not until 2007, when he was working as an assistant magistrate of the Criminal Chamber of the Supreme Court of Colombia, that the name of Iván Velásquez filled the front pages of Colombian newspapers. The then president Álvaro Uribe Vélez named him as the investigator of the famous “parapolitics” case, in which Uribe was accused of having paramilitary ties. President Uribe denied these accusations and said that Velásquez was fabricating evidence against him, facts that were never proven. The president was never formally charged.

Gustavo Petro, today the president-elect, was one of the congressmen who gave the issue of parapolitics the most visibility in the first decade of the century and since then he has known Velásquez ..

Velásquez remained at the forefront of the investigation and, together with his team, achieved the conviction of more than 50 Colombian congressmen for their relations with paramilitarism. One of those arrested was Mario Uribe, cousin of now former President Uribe, who also denied the charges.

With this case Velásquez became an uncomfortable figure for power. Even months later, the Colombian authorities confirmed that, during the Uribe presidency, Velásquez had been spied on by the former National Intelligence Directorate of Colombia, DAS, for its acronym. Several people went to jail for this crime.

Surrounded by threats and persecution, Velásquez resigned from his position in 2012.

Fight against corruption in Guatemala / Who is Iván Velásquez Gomez

Velásquez left Colombia in 2013. At that time it was thought that it would be the end of his public career, but shortly after he reappeared in Guatemala and with the approval of the UN, he was appointed commissioner of the International Commission against Impunity in Guatemala, CICIG . In just two years at the head of the organization, Velásquez dismantled the million-dollar customs fraud network that ended with the resignation and imprisonment of then-President Otto Pérez Molina and former Vice President Roxana Baldetti.

Velásquez has also been critical of the Alejandro Giammattei administration. In 2021 he said that the president’s commitment to US Vice President Kamala Harris to fight corruption “is not a sincere commitment” and that corrupt power was extended in the government.

“The fight against impunity and corruption cannot consider ideologies or political colors or affinities of any kind,” says the Twitter biography of Velásquez, who will be in charge of a key portfolio of the Gustavo Petro government.

Gustavo Petro, the new president of Colombia, aims to relaunch relations with the US
Presidential election in Colombia: ex-guerrilla Gustavo Petro competes against millionaire in run-off election