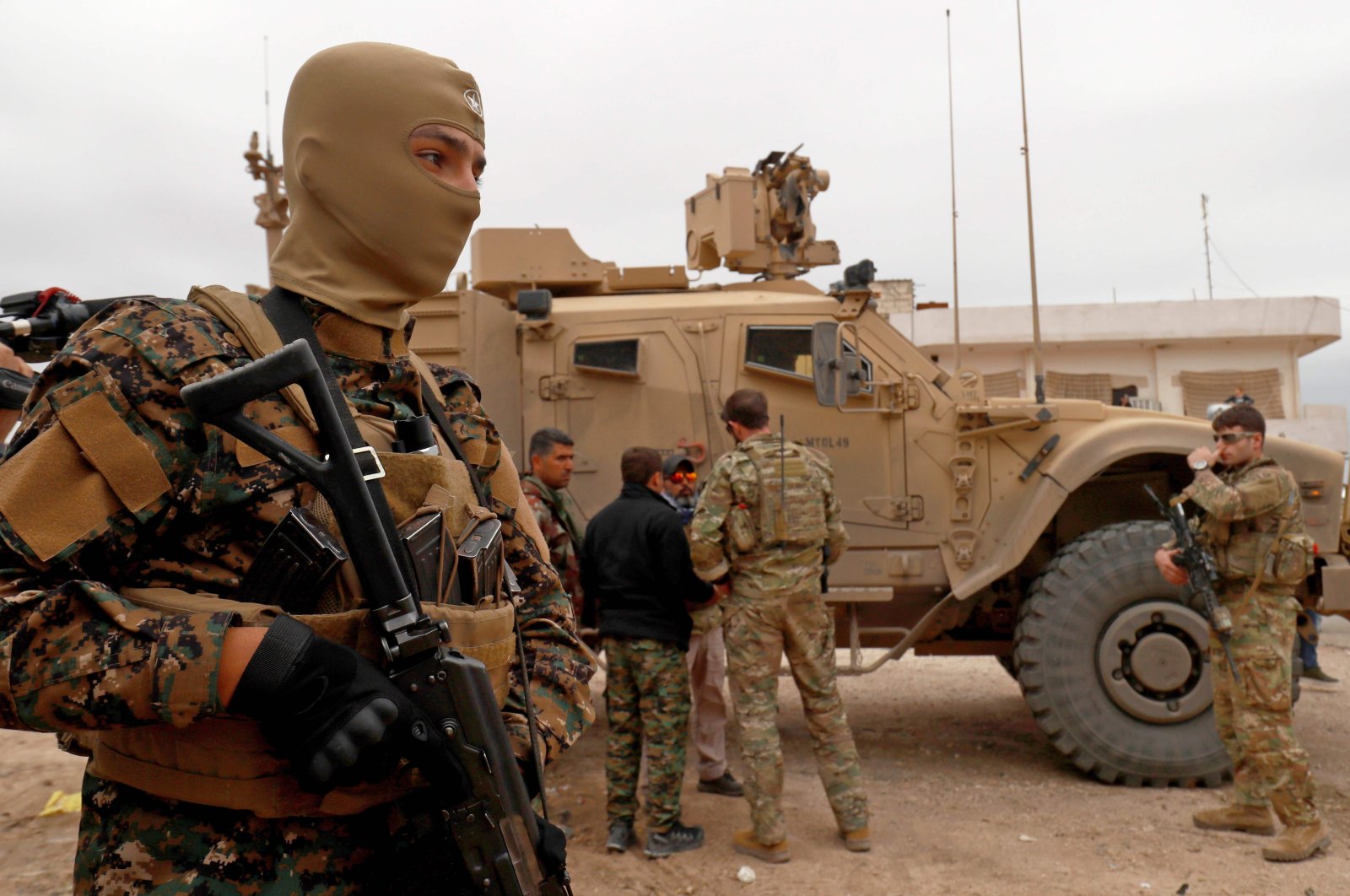 Speaking during a joint press conference with the Democratic Republic of the Congo’s top diplomat Christophe Lutundula Apala in Istanbul, Çavuşoğlu commented on the recent U.S. decision of the exemption of economic activities in some regions of Syria that are not under regime control from the U.S. Caesar Act sanctions: “It’s a selective, discriminatory approach, and they have brought flexibility in this Caesar Act sanctions for certain regions.”

The Caesar Act is United States legislation that sanctions the Syrian regime, including its leader Bashar Assad, for war crimes against the Syrian population. The Act was signed into law by President Trump in December 2019 and enforced on June 17, 2020.

“They do not want to expand this to the regions controlled by the regime, but they discriminate against the regions that the regime does not control at the moment. Especially in places where the PKK/YPG is dominant, they stretch it. For example, it covers the region we cleared of terrorism of Daesh, but not the region like Afrin, which we cleared of the PKK.”

Çavuşoğlu stated that Idlib is the place where the international community should give the most support. “There are millions of displaced people. We are building briquette houses for the Syrians there. Many have moved into their homes. It continues and 100,000 briquette houses will be built. The international community needs to support this. Do they show flexibility in this Caesar’s Law, which will pave the way for support in this region? No. What is the reason, what is the reason? Why is this place kept out?”

Çavuşoğlu said that around 500,000 Syrians went from Turkey to the areas cleared of terrorism by Turkish forces, and that people returned to the Afrin region as well, adding, “However, if there is such support, more will return. Here we see an effort to legitimize the PKK and the YPG. It is a decision taken with such motives.”

Çavuşoğlu stated that especially the cross-border humanitarian aid reaches through Turkey together with the United Nations, and most of it goes to the Idlib region and then to other parts of Syria.

“This being the case, the exclusion of this region is meaningful, and the reason is obvious,” he added.

The U.S. on Thursday issued a general license to exempt some northern Syrian territories, including those controlled by the PKK’s regional branch, from American sanctions.

Purchases of Syrian oil from the region are also permitted as long as they do not benefit the regime.

Any business with the Syrian regime is unaffected by the announcement and is still prohibited under U.S. law. Importing Syrian oil to the U.S. also remains prohibited, according to the license, which was signed by the Treasury Department’s Office of Foreign Assets Control Director, Andrea Gacki.

The U.S. imposed sweeping sanctions on the regime and its leadership in retaliation for atrocities it has committed during the Syrian conflict, which is now in its 12th year.

The YPG, which is the Syrian branch of the PKK, remains in control of large swathes of northeastern Syria with U.S. backing.

The PKK is a designated terrorist organization in the U.S., Turkey and the European Union, and Washington’s support for its Syrian affiliate has been a major strain on bilateral relations with Ankara. The U.S. primarily partnered with the YPG in northeastern Syria in its fight against the Daesh terrorist group. On the other hand, Turkey strongly opposed the YPG’s presence in northern Syria. Ankara has long objected to the U.S.’ support for the YPG, a group that poses a threat to Turkey and that terrorizes local people, destroying their homes and forcing them to flee.

Assad’s forces have recovered most of Syria but some areas remain outside his control. Turkish forces are deployed in much of the north and northwest, the last opposition stronghold, and U.S. forces are stationed in the YPG-controlled east and northeast.

Washington has been in consultations with Turkey and other allies over this move, U.S. officials said.

Daesh had taken over large swathes of territory in 2014 in Iraq and Syria and declared a caliphate, which was in 2019 completely dismantled and its fighters defeated by the U.S. and Iraqi forces.

Some Arab states initiated a rapprochement last year with Assad’s regime after shunning it during the civil war.

The United States says it does not encourage those attempts to normalize or upgrade diplomatic relations with Assad but did not stop some Arab allies of Washington from reestablishing ties with Damascus.

The administration wants to hold Assad and his regime accountable, U.S. officials said, over allegations by Western countries of human rights abuses.

“We’ve twice imposed new sanctions under this administration on the Assad regime specifically for the issue of human rights abuses and atrocities and are looking to continuously roll out additional sanctions,” one administration official said, according to Reuters.