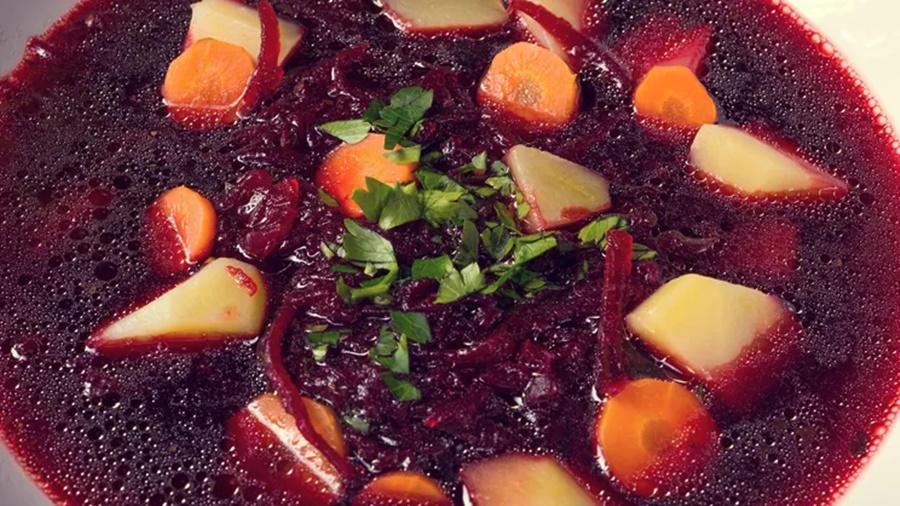 The UN cultural organization Unesco has put the Ukrainian cooking culture of the beetroot soup borscht on its list of cultural heritage to be protected. The Unesco World Heritage Committee announced on Friday that the reason was a threat from the Russian war of aggression against Ukraine. Kyiv was delighted.

“Victory in the borscht war is ours!” Minister of Culture Oleksandr Tkachenko wrote in the Telegram news service. The soup is now “officially Ukrainian”. However, the 56-year-old assured: “We will share the borscht and its recipes with all civilized countries in the world.” “As in the war over borscht,” Ukraine will also win in the war against Russia.

Soup is cooked in Central and Eastern Europe

The Russian foreign ministry spokeswoman Maria Zakharova reacted irritably. “What next? Recognition of pork as a ‘Ukrainian national product’?” she wrote on Telegram. Other Russian officials commented that the decision did not give Ukraine an exclusive right to the soup. Borscht variants are prepared in many countries in Eastern Europe.

The UNESCO World Heritage Committee had argued that the displacement caused by the war left many people unable to cook or grow vegetables for borscht. However, the inability to gather together to cook undermines the social and cultural well-being of a community.

For the soup you need beetroot, potatoes, beef, carrots and white cabbage. Characteristic is the long cooking time at low heat.