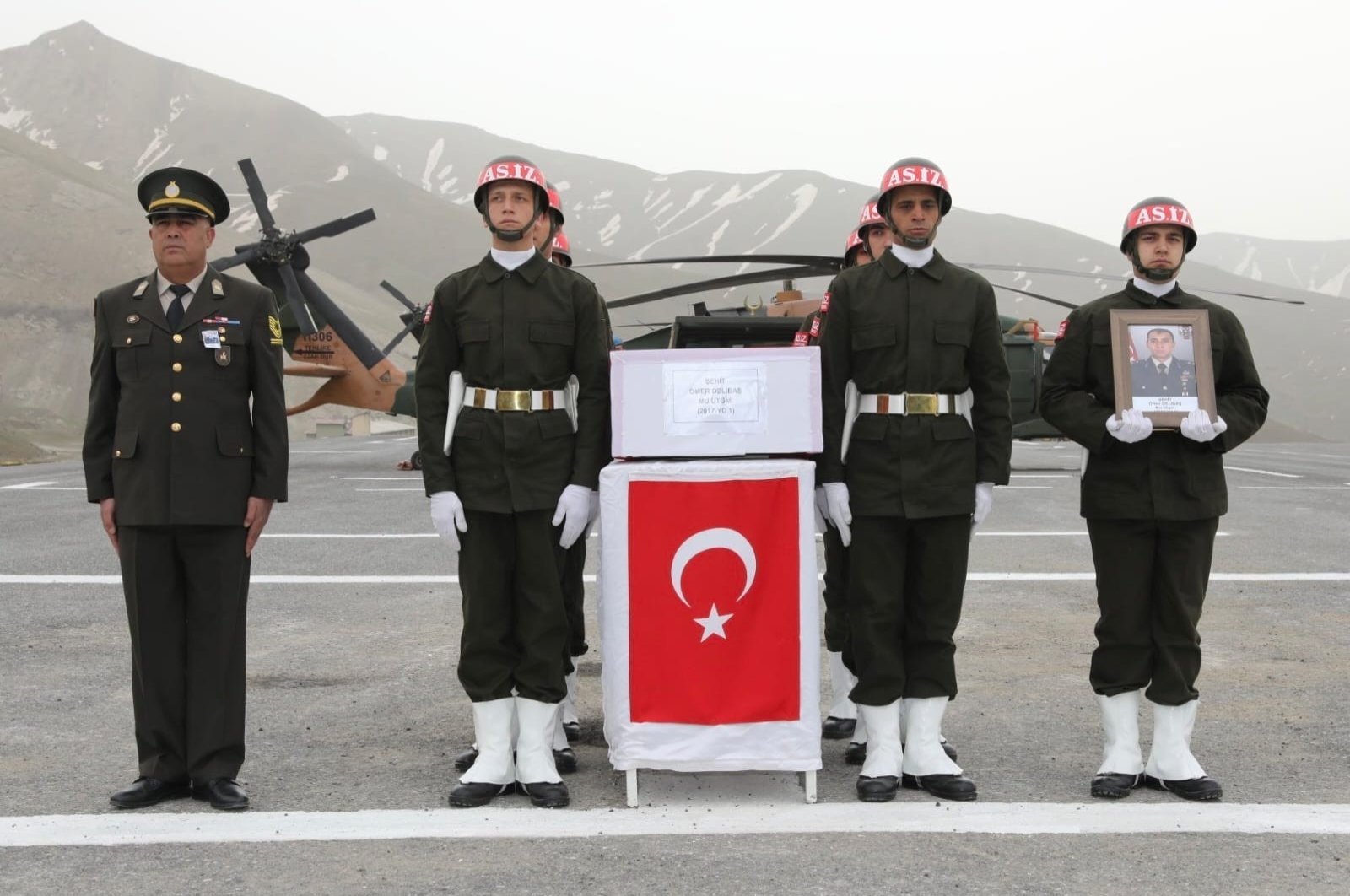 The ministry said in a statement that First Lt. Ömer Delibaş was injured in the Operation Claw-Lock area due to a blast from an improvised explosive device (IED) that was placed by terrorists.

He succumbed to his injuries at a hospital despite all medical efforts, it added.

“Due to this incident that drowns us in deep pain and sorrow, we wish Allah’s mercy upon our heroic martyr and offer our condolences and patience to his precious family, the Turkish Armed Forces and the nation,” the ministry added.

Turkey’s fight with the PKK and its affiliates in Syria and Iraq will continue, but foreign help is needed to cut the group off from all its financial resources, President Recep Tayyip Erdoğan said Monday.

“We are determined to continue this struggle until terrorism ceases to be a threat to our country, our region and all of humanity,” Erdoğan said in the capital Ankara after an iftar (fast-breaking) dinner with a group of ambassadors for the holy month of Ramadan.

Turkey is waging a constant struggle against all forms of terrorism, regardless of who and where the source is, especially the PKK, the Gülenist Terror Group (FETÖ) and Daesh, he added.

Addressing his remarks to foreign countries’ ambassadors, he stressed that Turkey expects strong support from all friendly countries, especially in cutting off terrorist groups’ financial resources.

“Terrorists and neo-Nazi organizations should also be prevented from exploiting the democratic system,” Erdoğan stressed.

“In particular, Islamic and xenophobic groups should not be given the opportunity to use freedom of expression and freedom of assembly as a means of insulting and attacking the beliefs or sacred places of worship of Muslims.”