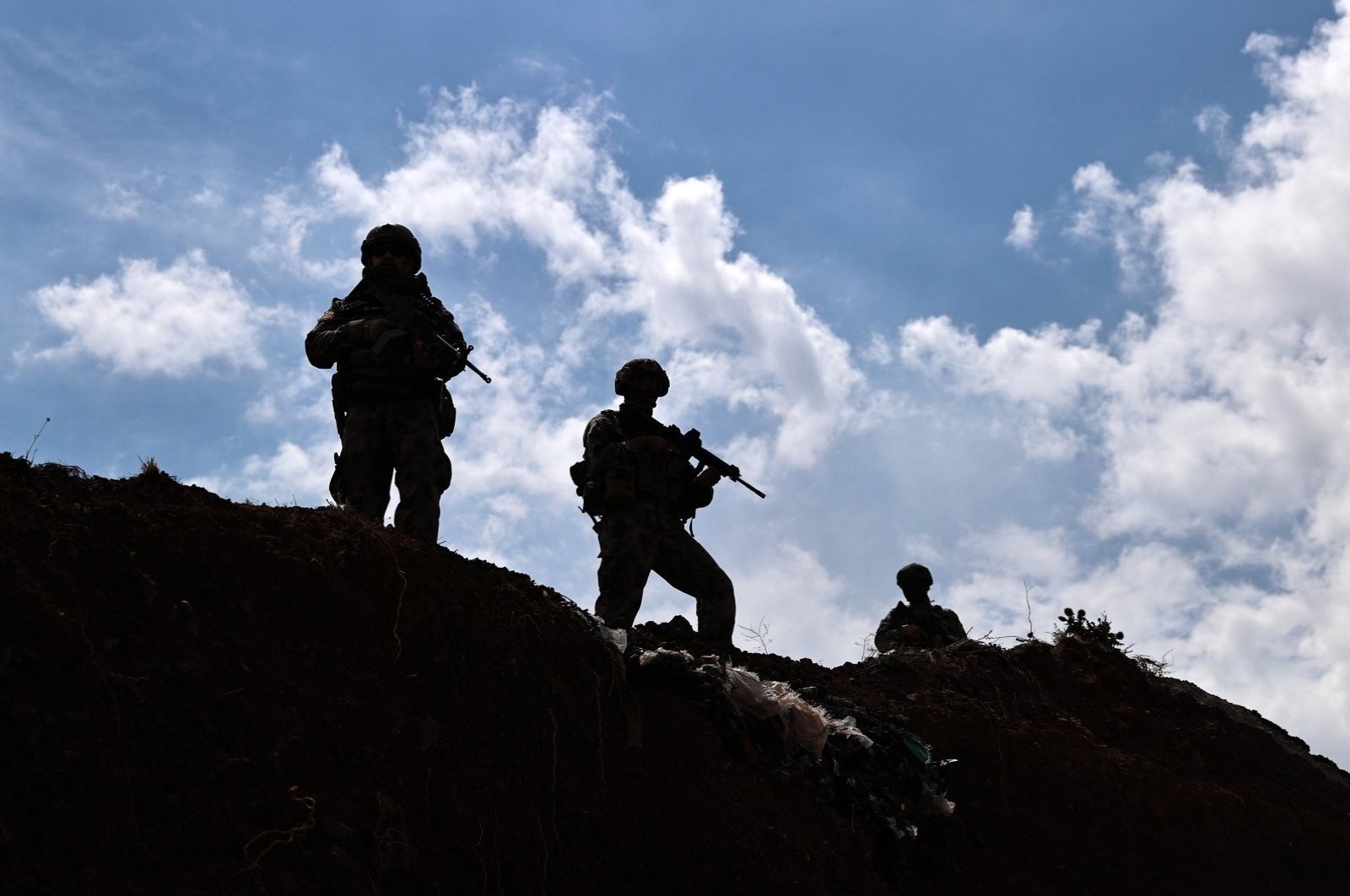 According to information Anadolu Agency (AA) received from security sources, a terrorist named Mehmet Aydın, code-named “Rojvan Van,” had been followed by MIT and was determined to be in the Darbasiyah district of Syria’s eastern Hasakah province.

Aydın was sought to be a member of the terrorist organization and was responsible for the terrorist group’s operations in Amude and Darbasiyah.

It was further determined by security forces that Aydın, who was brought to his position in 2018, had participated in the abduction and threatening of villagers in the year 2013 in southern Hatay province’s Dörtyol district.

Aydın participated in the PKK in 2005 and was active in Tunceli, Hatay and Afrin, according to the sources.

Security forces frequently carry out operations abroad where the terrorist organization poses a threat. The Turkish Armed Forces (TSK) conducts cross-border operations in northern Iraq, a region where PKK terrorists have hideouts and bases from which to carry out attacks against Turkey as well as in northern Syria.

The terrorists attempted to attack an area falling under the Operation Peace Spring zone, the ministry said on Twitter.

Furthermore, according to the ministry, a large amount of ammunition belonging to the PKK was found in Iraq’s north. A ministry statement said that operations against the terrorist organization in the region are ongoing.

On the other side, the Interior Ministry announced on Sunday that a new counterterrorism operation was launched in Diyarbakır province.

The ministry said that the operation was launched to remove the PKK from Turkey’s agenda and eliminate terrorists hiding in the region and that 42 operational teams made up of 620 personnel of the Gendarmerie Special Operations Unit, the police Police Special Forces and gendarmerie command teams participated in the operation.

Turkish security forces regularly conduct counterterrorism operations in the eastern and southeastern provinces of Turkey, where the PKK has attempted to establish a strong presence.

Meanwhile, another member of the PKK terrorist organization surrendered to Turkish security forces, the Interior Ministry announced on Saturday.

The ministry elaborated that the terrorists surrendered following persuasion efforts of the gendarmerie general command. According to the ministry, the surrendered terrorist joined the PKK last year and operated in Iraq.

As a result of efforts, the number of terrorist members that surrendered has increased to 23 since the start of the year.

In Turkey, offenders linked to terrorist groups are eligible for possible sentence reductions under a repentance law if they surrender.

Many suspected terrorists have begun to abandon the PKK and surrender, but many terrorists lack the courage to leave the terrorist group out of fear of severe punishment if caught.

Over the last four years, the number of PKK terrorists in Turkey has plunged by 83%.

The PKK’s leadership is struggling to recruit both militants and higher ranks, according to reports. Additionally, many terrorists are reluctant to enter Turkey from Iraq to carry out attacks due to the high number of casualties.

Protests by a group of families in front of the pro-PKK HDP headquarters in Diyarbakır demanding the return of their sons and daughters, who were recruited or kidnapped to fight for the terrorist group, have also helped increase the number of people surrendering.

Calls made by the families to their children urging them to return home and surrender, as well as the persuasion efforts by security forces, have been influential.