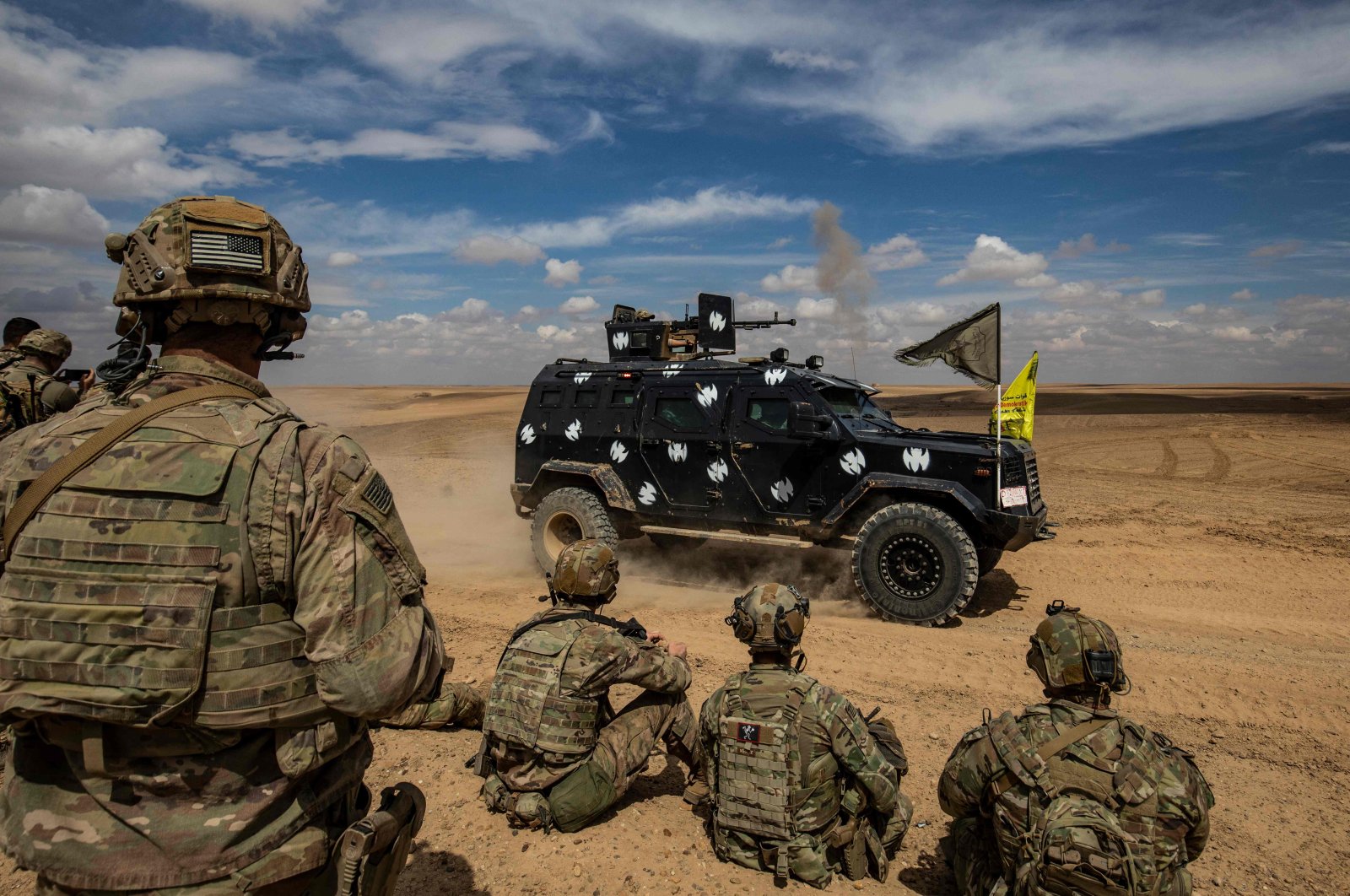 A Foreign Ministry statement described the report, published by the U.S. State Department on Tuesday, as “unfortunate” and said it contains “unfounded accusations.”

Ankara “completely rejects” the report, said the ministry, adding that it regrets the U.S. not acknowledging Turkey’s efforts against terrorism in all its forms, especially against the terrorist groups PKK and its Syrian branch, the YPG, Daesh, Gülenist Terror Group (FETÖ), and the far-left DHKP-C.

In its more than 40-year terror campaign against Turkey, the PKK – listed as a terrorist organization by Turkey, the U.S., and the European Union – has been responsible for the deaths of over 40,000 people, including women, children, and infants.

In the report “widely covering the lies” of FETÖ, the group behind a coup attempt in Turkey on July 15, 2016, the ministry said that “despite all the concrete evidence we have provided about this terrorist organization, the U.S. continues to being instrumentalized for its propaganda.”

FETÖ and its U.S.-based leader Fetullah Gülen orchestrated the failed coup of July 2016 in Turkey, in which 251 people were killed and 2,734 injured.

FETÖ was also behind a long-running campaign to overthrow the state through the infiltration of Turkish institutions, particularly the military, police and judiciary.

It is also “unacceptable” that the report contains claims that overlook the PKK as a terrorist organization which amounts to supporting the claims of terrorism-affiliated circles, the ministry stressed.

Turkey “remains firm” on promoting and protecting human rights, it said, adding that concrete examples of this include the country’s cooperation with international human rights mechanisms, along with a judicial reform strategy it enacted in 2019 and human rights action plan in 2021.

It is designed as a “broad-based” plan to strengthen rights protections, individual freedoms and security, judicial independence, personal privacy, transparency, and property rights, as well as protect vulnerable groups and enhance administrative and social awareness of human rights.

Turkey further called on the U.S. to focus on its own human rights record and halt the partnership that it made with affiliates of terrorist groups under the pretext of fighting terrorism.

The ministry said Turkey intends to “continue its efforts to develop and protect the rights of its citizens as well as those of millions of persons it is hosting.”

Turkey and the U.S. announced recently that they launched a strategic mechanism to further expand the countries’ bilateral cooperation, according to a joint statement.

The announcement came on the sidelines of a meeting between Turkish Deputy Foreign Minister Sedat Önal and the U.S. Under Secretary of State Victoria Nuland in the capital Ankara.

Turkey and the U.S. announced the culmination of months of talks to set up a procedure for improving their strained ties, eyeing cooperation in the areas of economy and defense.

Erdoğan and Biden had agreed in October to undertake the “Strategic Mechanism” talks, for which officials have now cleared the way.

The announcement of the new mechanism comes after the decades-old partnership between the two NATO allies, Turkey and the U.S., has gone through unprecedented tumult in the past seven years over disagreements on many issues, including Syria and Ankara’s closer ties with Moscow. There are additional sources of strain for the two countries, including the U.S. support for the YPG, whom Turkey considers terrorists, and the continued U.S. residency of FETÖ figures, including its head Fethullah Gülen, who plotted the failed coup attempt against the Turkish government in 2016.

The U.S. primarily partnered with the YPG in northeastern Syria to fight against the Daesh terrorist group, but Turkey has strongly opposed the YPG’s presence in northern Syria.

Moreover, the U.S. sanctioned the Turkish defense industry in December 2020 over its pıurchase of Russian S-400s missile systems and has expelled its ally from its F-35 fighter jet program. Ankara has called the moves unjust, but the allies have since been working to set aside differences and focus on cooperation, including on Ukraine.