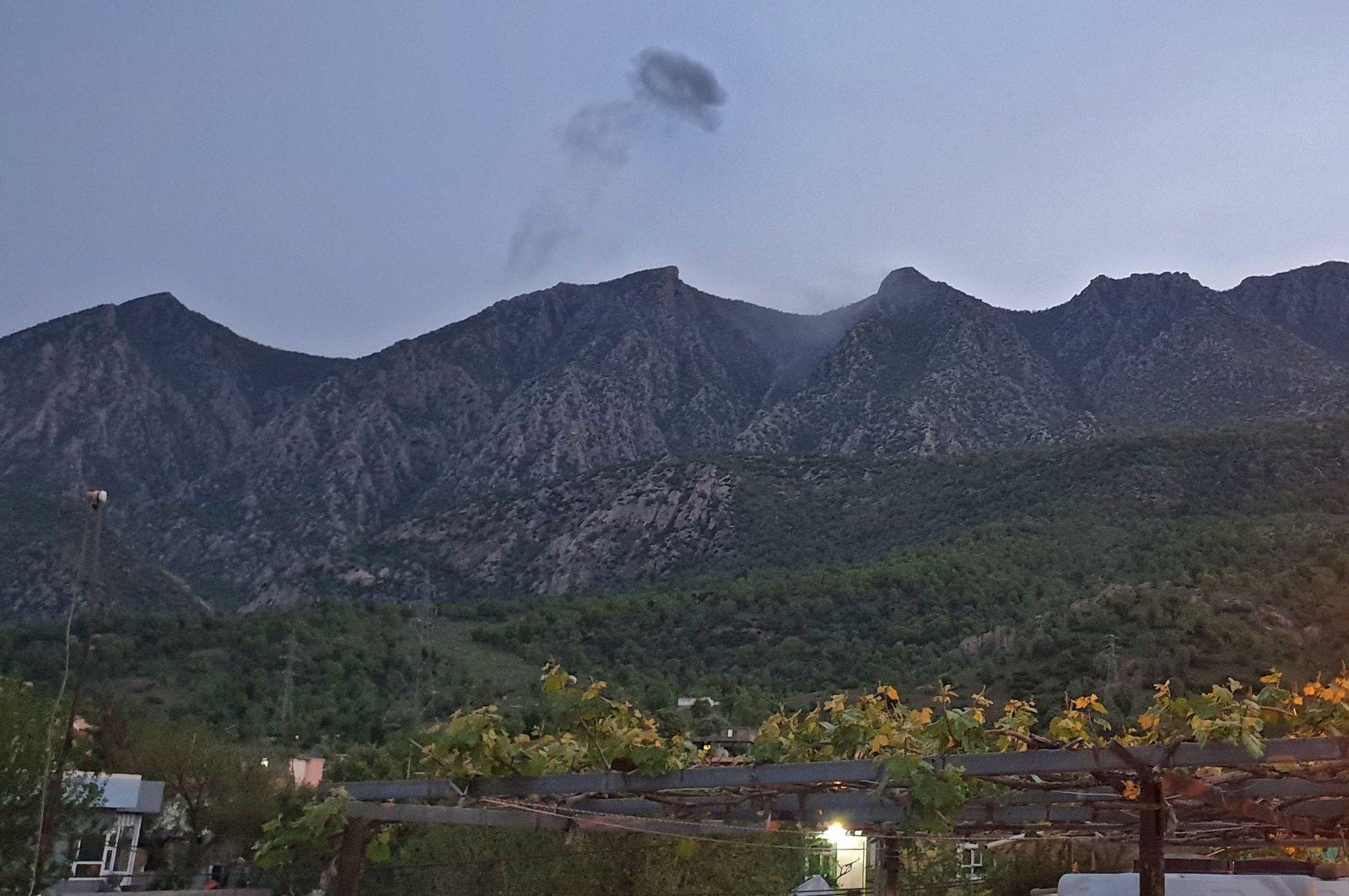 The Foreign Ministry summoned the Iraqi charge d’affaires to convey disapproval of statements by Iraqi authorities about a Turkish military operation against PKK terrorists in northern Iraq, the ministry said Thursday.

“As long as the Iraqi authorities do not take concrete and effective steps and the threat posed by them from Iraq continues, our country will take the necessary measures on the basis of its right of self-defense,” the Turkish ministry said.

Baghdad’s charge d’affaires was summoned to the Turkish Foreign Ministry and told in clear terms that Turkey is well within its rights to act against a designated terrorist organization that “has been targeting our country from its bases in northern Iraq for nearly 40 years,” ministry spokesperson Tanju Bilgiç said in a statement.

Bilgiç stressed that Iraqi authorities have failed to act decisively against the terrorist group despite Turkey’s repeated requests.

He said Ankara is determined to root out the PKK, which has been designated as a terrorist organization by several countries and international organizations and is also “a threat to Iraq’s sovereignty and stability.”

“Turkey is always ready to cooperate closely with Iraq in the fight against the PKK terrorist organization on the basis of common interests,” he added.

As long as Iraqi authorities do not take “solid and effective steps” against this threat, Turkey will continue to take all necessary measures for self-defense, a right enshrined in Article 51 of the United Nations Charter, Bilgiç asserted.

The Defense Ministry said it launched Operation Claw-Lock on Monday after reports that the PKK was planning to launch a large-scale attack, adding that the preemptive operation is in line with the United Nations Charter’s principle of self-defense.

Turkish warplanes, helicopters and drones were part of an air and land operation in northern Iraq against PKK facilities ranging from camps to ammunition stores.

The latest operation was launched after Turkish intelligence obtained information suggesting that the PKK, which has sustained heavy blows in the past few years, was preparing retaliatory attacks against Turkey.

Operation Claw-Lock focuses on northern Iraqi regions, particularly the areas of Metina, Zap and Avashin-Basyan. The commando and special force units are supported by the UAVs, attack helicopters and artillery elements.

In 2020, Turkey launched operations Claw-Tiger and Claw-Eagle in the border regions of northern Iraq to ensure the safety of the Turkish people and frontiers.

Iraq accused Turkey of violating its sovereignty and on Tuesday summoned the Turkish ambassador in Baghdad and delivered a “strongly worded” protest note to him, the Foreign Ministry said in a statement. Iraq also called on its neighbor to withdraw all of its forces from Iraqi territory.

In response, the Turkish Foreign Ministry also handed a diplomatic note to the Iraqi envoy on Thursday and accused the Iraqi government of making “unfounded allegations” over the military operation.

Turkey’s operation was launched two days after a rare visit by the prime minister of Iraq’s autonomous Kurdistan Regional Government (KRG), Masrour Barzani, suggesting that he had been briefed on Ankara’s plans.

With most of the PKK terrorist group’s presence eliminated in Turkish territories, the Turkish Armed Forces (TSK) have stepped up their counterterrorism efforts, launching the latest military campaign in northern Iraq titled “Operation Claw-Lock” to bring an end to a longstanding issue.

Senior Turkish authorities have repeatedly underlined that the operation – like previous military operations in northern Syria and Iraq where the PKK and its Syrian offshoot YPG are present – is founded on a legal basis arising from international law, as Article 51 of the United Nations Charter gives the inherent right to use self-defense should they face armed attacks.

While Article 51 itself paves the way for a military campaign targeting threats in northern Iraq, the bilateral agreements between Ankara and Baghdad also permit the former to take action as the latter had earlier agreed that the PKK brought along critical problems and threats to the security of Turkey.

Erdoğan said that the new anti-terror operation across the border into northern Iraq, Operation Claw-Lock, aims to “rid Iraqi lands of terrorists and guarantee the security of our borders.”