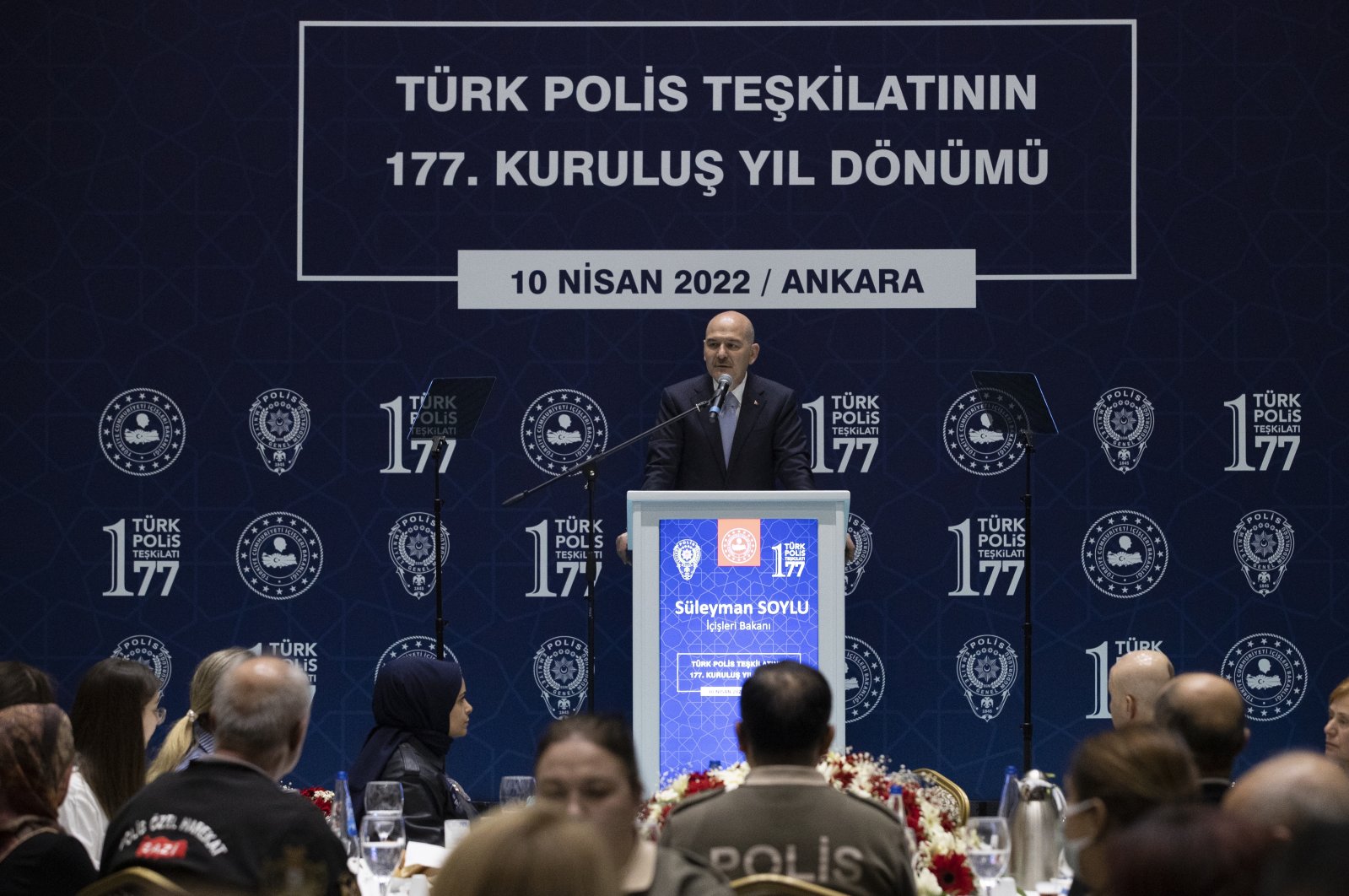 There is no other country in the world other than Turkey that is fighting so many global terrorist organizations at the same time, Interior Minister Süleyman Soylu said Sunday.

In his speech at the iftar dinner held on the occasion of the 177th anniversary of the establishment of the Turkish Police Service in the capital Ankara, Soylu said: “There has not been a single terrorist act in our cities since the Dec. 31, 2016 Reina attack (in Istanbul). As of the end of 2021, the numbers of the PKK terrorist organization remained at around 150 members. They can’t get out of the caves, they can’t organize in the cities, they tried to provoke the universities together with the leftist terrorist organizations, but we didn’t allow that either.”

The Reina attack was a mass shooting incident on Jan. 1, 2017, at around 1:15 a.m. local time, in which a terrorist shot and killed 39 people and wounded 79 others at the Reina nightclub in the Ortaköy neighborhood of Istanbul, Turkey, where hundreds had been celebrating New Year’s Eve. Uzbekistan-born Abdulkadir Masharipov was arrested in Istanbul on Jan. 17, 2017. The Daesh terrorist group claimed credit for his actions.

Turkey’s efforts against Daesh made it a primary target for the terrorist group, which carried out numerous gun and bomb attacks targeting security forces and civilians. These included the country’s deadliest terrorist attack, which killed 102 people and wounded 400 others in a twin suicide bombing at a rally in the capital Ankara on Oct. 10, 2015.

Soylu said that the Turkish Police Force is facing the most severe security problems in 177 years, but it is at the peak of 177 years in terms of field success, techniques, personnel and technology use.

Soylu, who said that there was one unsolved murder in 2021 – that has since been solved, reiterated that 237,820 suspects were recently caught using fingerprint integration.

Some 66 Daesh terrorist group members have been caught through the use of the facial recognition analysis system in 2021-2022, Soylu also said last week.

Underlining that Turkey has been combating multiple terrorist groups, Soylu said, “In 2021-2022, 66 Daesh terrorists were caught as a result of our colleagues’ analysis via facial recognition systems.”

“Our intelligence department and our anti-terrorism department are at their strongest in their history. Today, the urban structures of left-wing terrorist organizations, the PKK, Daesh and FETÖ’s (Gülenist Terror Group) urban structures have been severely damaged. Some leftist terrorist organizations have been completely cleared from the countryside,” he said.

The minister also stated that according to the 2022 Global Terrorism Index Report, three of the top five countries most affected by terrorism in the world are Afghanistan, Iraq and Syria.

“All three are countries in which the United States and the West have somehow intervened and left in the middle. According to the World Drug Report for 2021, global opium poppy cultivation increased by 24% in the world in 2020 and by 37% in Afghanistan compared to 2019. They were supposed to bring democracy, so they forgot, instead they brought poppy seeds and planted them. Just like in the case of Afghanistan, Syria and Iraq, we saw together how the rich countries messed things up in Ukraine, how they provoked everything and what happened to those people after that. Nowhere have they been able to fight terrorism, prevent immigration, resolve conflicts or manage the virus outbreak,” he said.