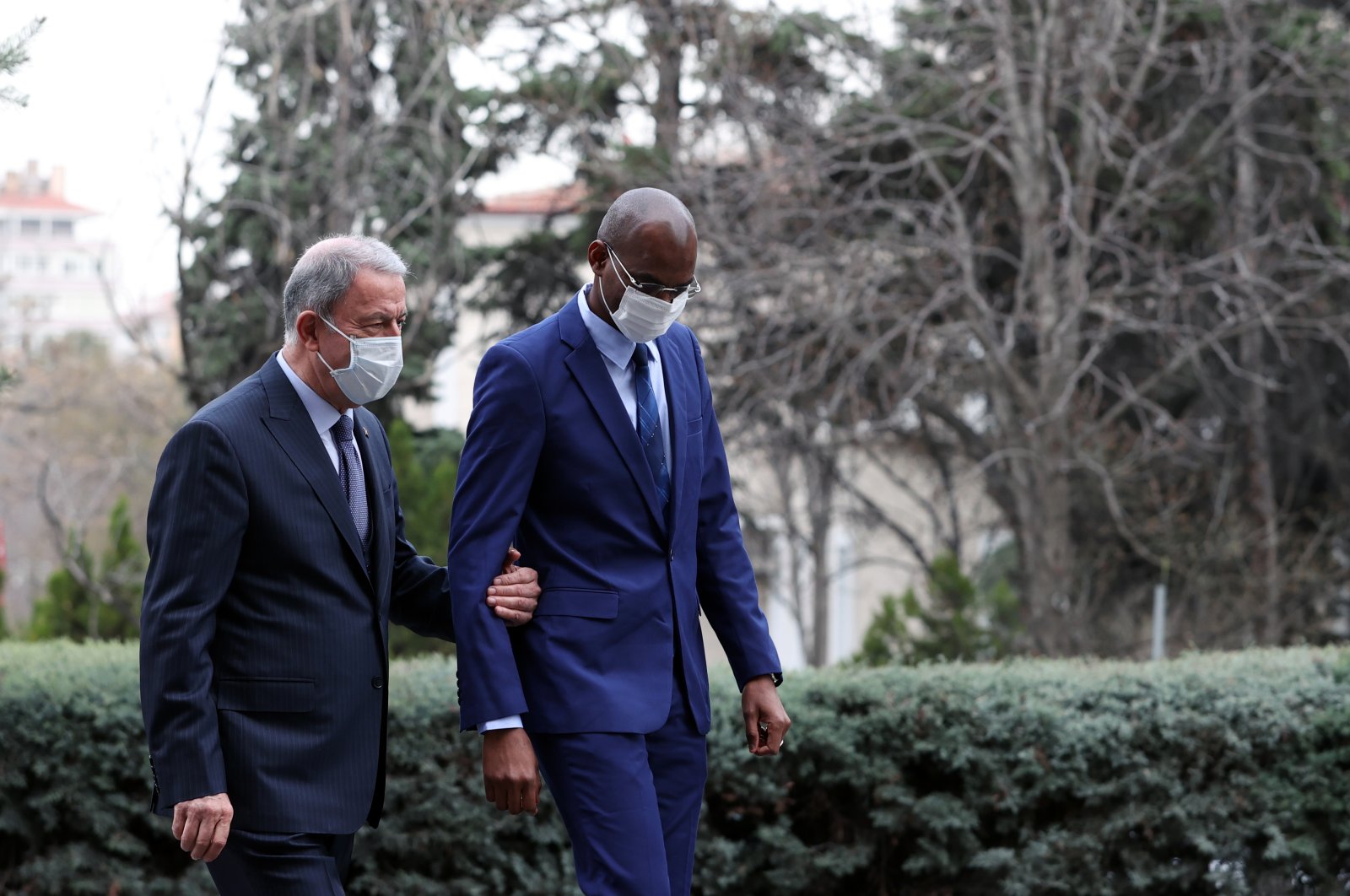 Turkey is ready to cooperate and share experience in the field of counterterrorism with Mali and the African continent, Defense Minister Hulusi Akar said Tuesday.

Akar on Tuesday met with his Malian counterpart Sadio Camara in the capital Ankara and condemned the latest terrorist attacks in Mali.

The two officials held a one-on-one meeting along with talks with delegations behind closed doors.

According to the Turkish Defense Ministry, Akar and Camara addressed bilateral and regional defense and security matters, as well as cooperation in the defense industry.

Expressing that Turkey is content with the recent momentum in relations with the African continent, Akar also voiced Ankara’s readiness to cooperate and share experience in counterterrorism.

Turkey has been seeking to strengthen its presence in Africa. Since 2003, the volume of its trade with the continent has increased from $2 billion to at least $25 billion.

President Recep Tayyip Erdoğan has visited Africa nearly 40 times since 2005, as prime minister and president. In that time, Turkey has opened some 40 embassies on the continent.

Turkey’s influence also covers the realm of defense, with Ankara inaugurating its first African military base in 2017 in Somalia.