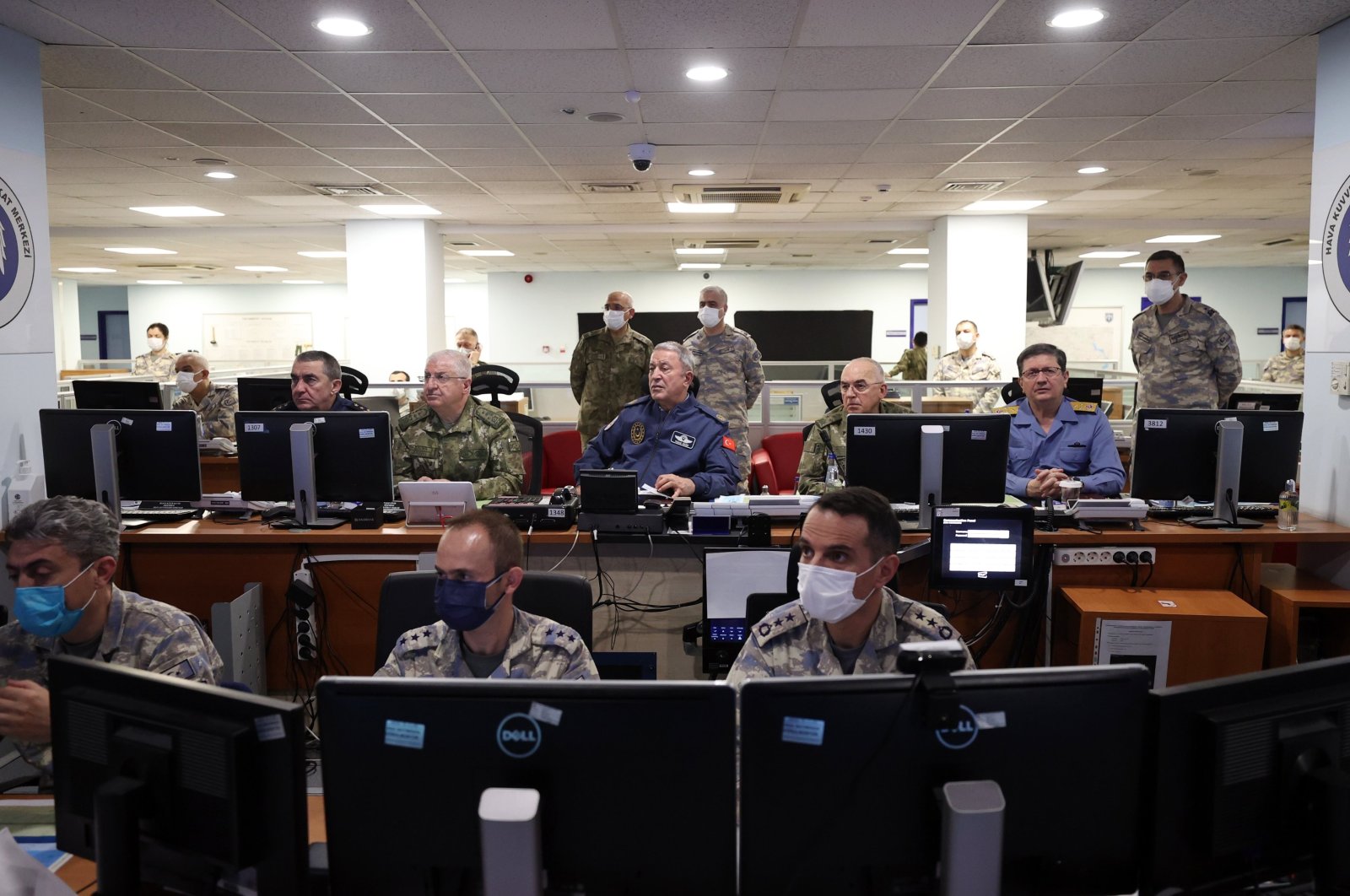 The terrorists had been preparing to carry out a large-scale attack against the Turkish military, the ministry said, adding that terrorist targets, including camps, shelters, hideouts, tunnels, caves and ammunition depots, have been hit by Turkish fighter jets, helicopters and drones.

Turkish commandos and special forces also participated in the operation, carried out both by land and air. Artillery units also fired on terrorist targets in the military operation. The ministry noted that the operation dealt a heavy blow to the terrorist PKK presence in the region.

The ministry also highlighted that the military has taken all precautions to prevent civilian casualties and damage to the region’s historical and cultural heritage.

“This operation, which is conducted by taking into consideration Iraq’s territorial integrity, only targets terrorists,” the ministry said.

The operation is in line with the United Nations Charter’s principle of self-defense, it added.

The operation was carried out in coordination with Turkey’s “friends and allies,” the ministry added, but didn’t elaborate. Last week, President Recep Tayyip Erdoğan received Masrour Barzani, the prime minister of Iraq’s autonomous Kurdistan Regional Government (KRG), which controls the areas that were attacked.

Barzani said after his talks with Erdoğan that he welcomed “expanding cooperation to promote security and stability” in northern Iraq.

The KRG has an uneasy relationship with the PKK terrorists, whose presence harms the stability and security in the region and complicates the region’s lucrative trade ties with Turkey.

Turkish jets and artillery struck suspected PKK targets and commando troops supported by helicopters and drones then crossed into the region by land or were airlifted by helicopters, Defense Minister Hulusi Akar said in a video posted on the ministry’s website.

“At this point, we have reached, all planned targets have been captured,” he said adding that the scale of the operation will “further increase in the coming hours and days”.

Akar also noted that Turkey will continue to take action against the PKK terrorists at home and beyond its borders.

In a later statement, the ministry noted that the operation continues with success and that Turkish soldiers have started taking control of the region. At least 19 terrorists were killed in the operation, the ministry said, adding that they believe the number is expected to rise after examination of the area.

Four Turkish soldiers were injured in the operation and are currently receiving medical treatment, the ministry added.

“The terrorists need to comprehend that they have nowhere to hide; they need to surrender as their end has come,” the ministry said.

Vice President Fuat Oktay said on Twitter that Turkey remains resolute to continue its struggle against the terrorist group and its sponsors, both within and beyond its borders.

“Our Turkish Armed Forces are destroying terror nests with Operation Claw-Lock in northern Iraq. Just as we have not allowed PKK terrorists to breathe anywhere, we will never give an opportunity to supporters of terrorism. We are effectively implementing our strategy of ‘destroying terrorism at its source,’ outlined by our president, and we continue our struggle uninterruptedly against all terrorist organizations that aim at our nation,” Communications Director Fahrettin Altun also said.

Turkey has long been stressing that it will not tolerate terrorist threats posed against its national security and has called on Iraqi officials to take the necessary steps to eliminate the terrorist group. Ankara previously noted that if the expected steps were not taken, it would not shy away from targeting terrorist threats.

President Erdoğan, who vowed to “clean up” parts of northern Iraq, accuses the PKK of using the mountainous border area as a springboard for its insurgency.

In the last two years, the operations intensifying in northern Iraq have demolished the terrorist lairs in Metina, Avashin-Basyan, Zap and Gara. After eradicating the organization’s influence in these regions, Turkey also aims to clear Qandil, Sinjar and Makhmour.

The Qandil Mountains in northern Iraq are the PKK’s stronghold and the group is active in many nearby cities and towns. It occupies a large number of villages in the region from where it launches attacks on Turkey. Turkish intelligence learned that the Makhmour camp was as important as Qandil for the terrorists as they were able to recruit and train members under its guise. The KRG, in the meantime, has also called the PKK’s presence in Sinjar unacceptable and urged militants to leave the area.

In its more than 40-year terror campaign against Turkey, the PKK – listed as a terrorist organization by Turkey, the United States and the European Union – has been responsible for the deaths of nearly 40,000 people, including women and children.