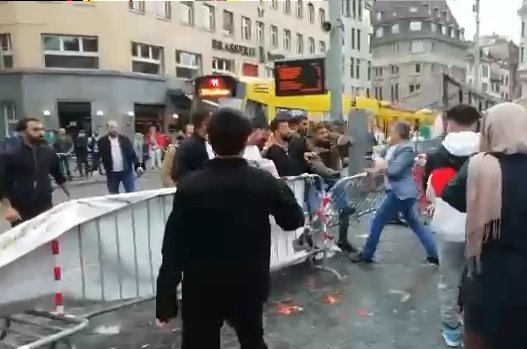 The Foreign Ministry strongly condemned an attack carried out by the PKK terrorist group’s supporters against a children’s festival in Basel, Switzerland.

“We strongly condemn the attack by the supporters of the terrorist organization on the April 23 International Children’s Festival,” the ministry said in a written statement.

Stressing that the terrorist group and its supporters degraded themselves to the extent of targeting a children’s festival in the heart of Europe, the ministry said the latest incident was yet further evidence of the PKK’s true colors.

“We wish a speedy recovery to our citizens injured by the attack and expect the perpetrators of this heinous act to be brought to justice immediately and receive their due punishment,” it added.

According to interviewed event-goers, a group of 30 PKK supporters first verbally attacked Turkish families taking part in the festival and then threw iron barriers that protected the celebration area at them, leaving at least six wounded, who were taken to a hospital.