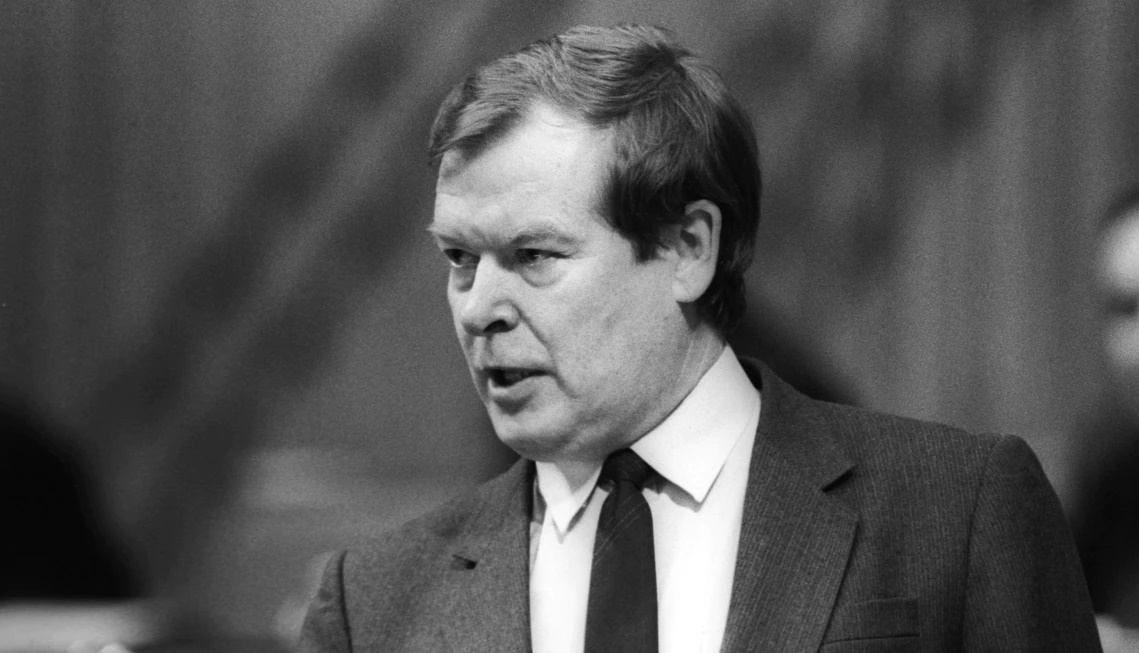 The last head of the Soviet KGB secret police, Vadim Bakatin, died in Moscow at the age of 84, RIA Novosti reported on Monday, citing an unnamed informed source. The government newspaper Rossiiskaja gazeta specified that Bakatin died on Sunday. The RIA Novosti agency, whose report was also picked up by other Russian media, emphasized that Bakatin had once revealed to the Americans how their embassy in Moscow was being bugged.

Bakatin, a native of Kiseljovsk, Siberia, was originally a construction worker before joining the Communist Party apparatus in 1973. He led the party organization in the Kirovsk and Kemerovsk regions, became a member of the Central Committee, and in 1988 was appointed Minister of the Interior. In 1991, he ran for president of Russia, but finished last of six candidates. He became the head of the KGB after the failed attempt at a communist coup in the then Soviet Union in August 1991.

According to the RIA Novosti agency, Bakatin became famous mainly for the fact that, with the approval of Soviet President Mikhail Gorbachev, as a gesture of goodwill, he handed over to the Americans a plan for a listening device in their embassy in Moscow. Bakatin’s task was to reform the formerly all-powerful KGB, which as a result split into various secret services.

The Meduza news site recalled that the system of paid informers was abolished under Bakatin as Minister of the Interior. Bakatin also opposed police suppression of protests, including in the Baltics. In December 1990, he was deposed and replaced as head of the interior by Boris Pugo, who was one of the masterminds of the coup in August 1991. Bakatin himself opposed the coup at that time. He was a member of the delegation that went to see President Gorbachev, who was interned by the coup plotters in the resort of Foros. During Bakatin’s tenure, the KGB officially ceased to exist.

Rossijska Gazeta recalled that Bakatin became the first of the regional party leaders to take office under the new General Secretary Gorbachev. He unexpectedly offered Bakatin the position of Minister of the Interior. Bakatin later recalled that Gorbachev was most likely convinced that he would be easy to control. But he was released after refusing to use force to break up demonstrations in the Soviet republics. In the presidential elections, he received around six million votes as an independent candidate.

During the coup, he acted as an active negotiator in order to avoid bloodshed. At Yeltsin’s insistence, Gorbachev put him in charge of the KGB, but when reforming it, Bakatin rejected Yeltsin’s most radical proposals: dissolve the KGB and start recruiting new agents into the new organization. According to Bakatin, this meant the collapse of the security authorities, so the KGB reformed through reorganization.

Yeltsin offered to send him as ambassador to the USA before his resignation, but Bakatin refused. However, he did the United States an invaluable service by handing over the plan for a super-modern listening device in the new building of the American embassy in Moscow. Bakatin never apologized for this, even when he was accused of almost treason. Only later did it become clear that the decision was not made by himself, but by the top leadership of the country, the daily Rossijska gazeta added.