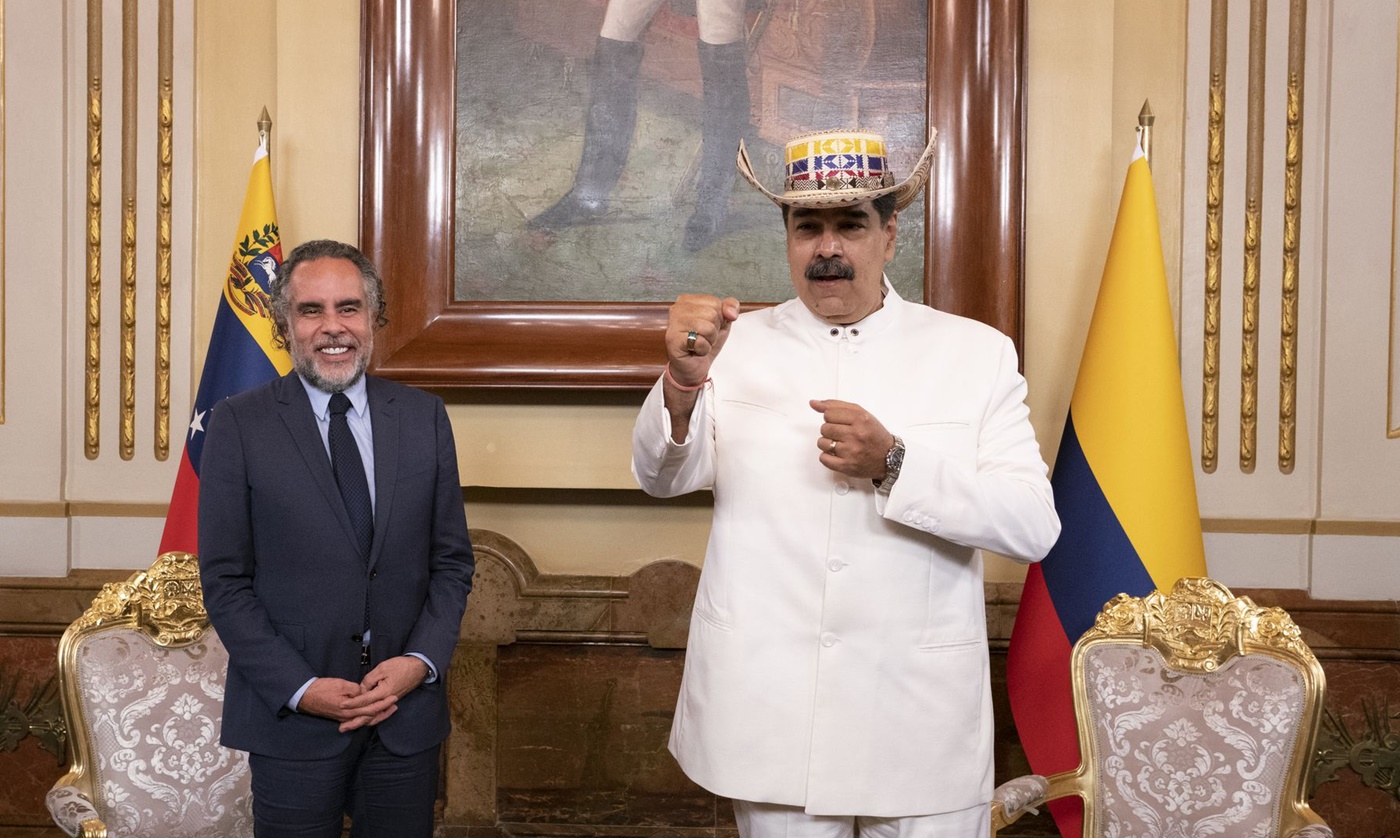 The arrival of the ambassador in Caracas paves the way for normalization, pending a meeting between Petro and Maduro

The war rooms of Colombia’s military barracks are lined with the photographs of their enemies. The faces of guerrillas, drug traffickers and paramilitaries paper the walls. In the highest part, as the head of all of them, a portrait of Nicolás Maduro hung until a few weeks ago. The army considered him the criminal mind that has put Colombia and Venezuela in a tension that has led to a small cold war in the last three years. That scenario of confrontation has been left behind this Monday with the act of a man dressed in a suit who raised his right hand in front of a telephone that recorded the moment. It was Armando Benedetti, the new Colombian ambassador in Caracas, and from the other side of the line came the voice with a metallic echo of the foreign minister in charge.

—Are you sworn in as ambassador to Colombia of the Bolivarian Republic of Venezuela, a position for which you have been appointed?

—If you did so, God help you, and if not, He and the country will demand it of you.

The inauguration of Benedetti, the right-hand man of the new president, Gustavo Petro, officially marks the new era of diplomatic relations between the neighboring nations. In the afternoon he will meet with Maduro at the Miraflores Palace, who will receive the credentials that arrive signed by Petro. One of Benedetti’s first missions is to set a date for a meeting between the two presidents, which will launch a new climate of relations. Maduro had a direct confrontation with former president Juan Manuel Santos seven years ago, which led to the closure of the border, and abruptly broke with Colombia when the next president, Iván Duque, supported Juan Guaidó as alternative president.

Petro, the first left-wing president in his country in a century, believes that this form of confrontation with Chavismo is exhausted, something that even the United States has recognized by sending two diplomatic delegations to Caracas in recent months. Little by little, Venezuela begins to come out of the isolation to which it had been subjected by the authoritarianism of its Government. “We want misunderstandings and revenge to be left behind. They must be relationships of affection, joy and celebration”, said Benedetti a few seconds after being sworn in.

However, at the time of specifying their common policies is when the differences will surely come. The ambassador has recalled that the Petro government “respects the rule of law” and will not extradite, even if requested, Venezuelan refugees in Colombia. A good number of journalists, opponents and businessmen who have been persecuted by Chavismo have been protected there. In addition, he insisted that the negotiations with the ELN, the last active Colombian guerrilla group that, according to several human rights organizations, have agreements with the Venezuelan military, will not be carried out in this country nor will they need the mediation of Maduro. . “Pedro Sánchez is going to lend Spain so that the negotiations can take place there. Nothing in the peace process happens here,” he insisted.

Not everyone has received Benedetti enthusiastically. Guaidó, who for a time served as alternative president with the support of the United States, has received criticism of the appointment of the ambassador. That path of creating a government parallel to the Chavista government has run out of ground. Moreover, Guaidó plans to present himself as a candidate in the next presidential elections. The opponent cited the issues that, in his opinion, the new diplomat should put on the table. “The ambassador sent by President Petro did not speak about the seven million refugee migrants, Colombia receives the majority. Complex humanitarian emergency. Displacement of indigenous communities by terrorist groups. Elections,” he listed on Twitter. About 2.5 million Venezuelan citizens have settled in Colombia, according to immigration authorities.

The main focus of the Petro-Benedetti duo in Venezuela is commercial. The countries share a huge border that until now has been closed and has harmed millions of people who live between one side and the other. In those fringes they are not exactly Colombians or Venezuelans, but both. They plan to launch a special tax-exempt zone with greatly reduced tariffs to encourage business. But there is still a long way to go for that. This has only started. Benedetti, for now, will shake hands with what until recently was considered enemy number one by Colombian security. Those portraits have already been vacated, waiting for others, real or imagined enemies, to occupy them.

Gustavo Petro informs the Venezuelan Government of his intention to reopen the border
Gustavo Petro, the new president of Colombia, aims to relaunch relations with the US