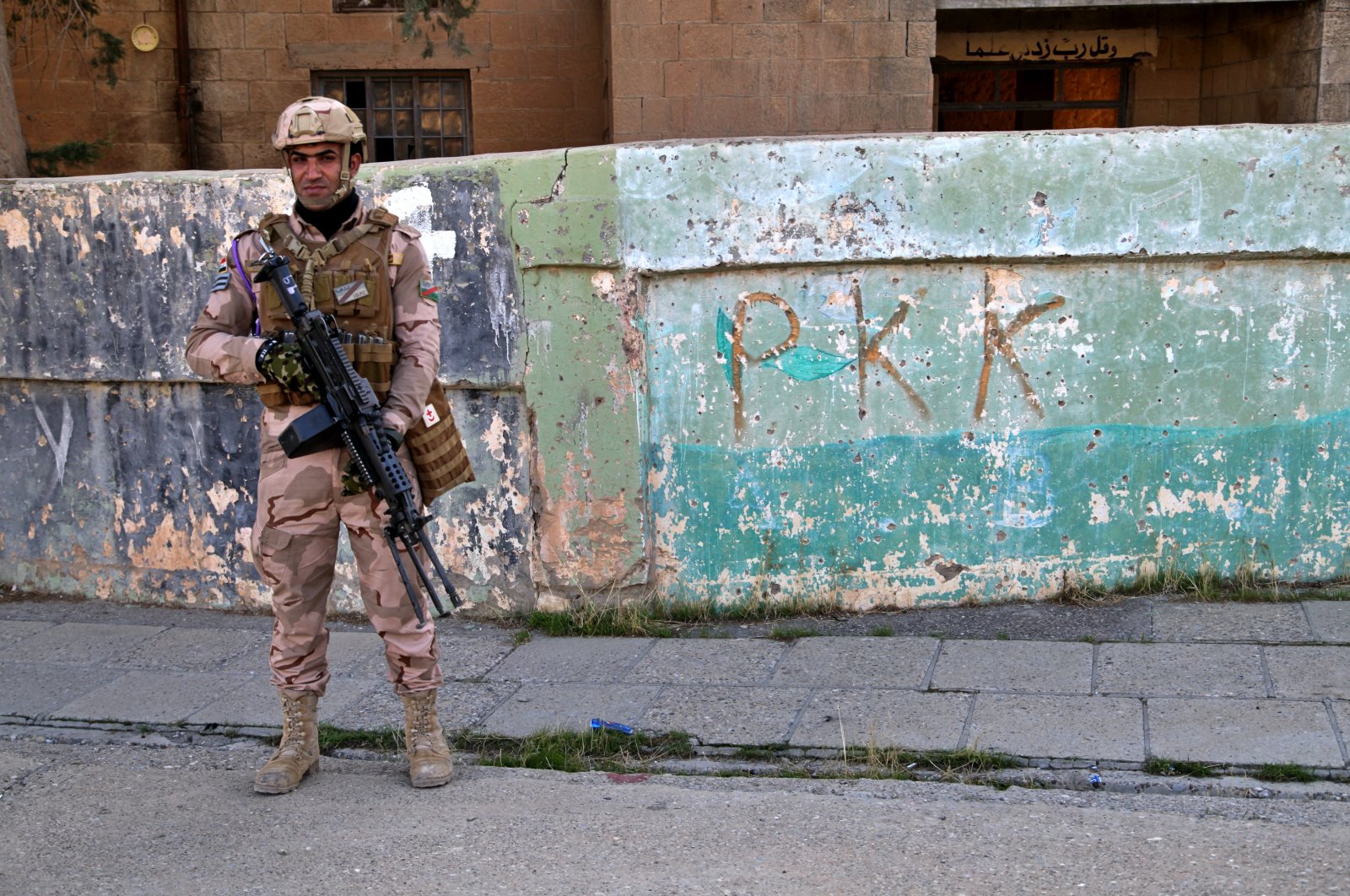 An Iraqi official said they were unable to carry out mine clearance work along the borders of northern Iraq’s Duhok province due to the presence of PKK terrorists in the region.

Speaking to Anadolu Agency (AA) on efforts to clear mines that were placed during the Ba’ath regime era, Shilan Samir, head of the mine clearance department in Duhok, said that the presence of PKK members is hindering necessary activities.

There are 775 minefields on the border of Duhok, but they are only able to clear 370 of them, he said.

“PKK activity is very intense in regions close to the Turkish border. So mines can’t be cleared from places where the PKK is present,” he said.

Samir went on to say that locals are not sure that the PKK will not lay mines here again.

“In some villages, animal grazing areas are (also) areas where the PKK moves around. Since PKK members are active there, we can’t reassure the villagers and clear the mines,” he added.

There are currently 13,500 minefields in the area of northern Iraq’s Kurdish Regional Government (KRG).

Between 2008 and 2022, at least 111 people lost their lives or were injured as a result of 28 incidents during search operations on the Duhok border.

In February, Iraq’s National Security Adviser Qasim al-Araji said the PKK’s terrorist group’s presence in Iraq is neither legal nor legitimate and action will be taken in this regard.

“We are determined to put an end to this issue,” al-Araji was quoted as saying by the country’s public broadcaster, as he underscored that the group’s presence is not legal.

The PKK has bases and training camps in the Sinjar region of northern Iraq and on the mountainous border with Turkey.

President Recep Tayyip Erdoğan, who vowed to “clean up” parts of northern Iraq, accuses the PKK of using the mountainous border area as a springboard for its insurgency.

In December, Turkey carried out retaliatory airstrikes in northern Iraq after three Turkish soldiers died in a PKK attack.

Ankara has mounted successive air and ground offensives targeting rear bases of the PKK terrorists, whose attacks have claimed tens of thousands of lives since 1984.