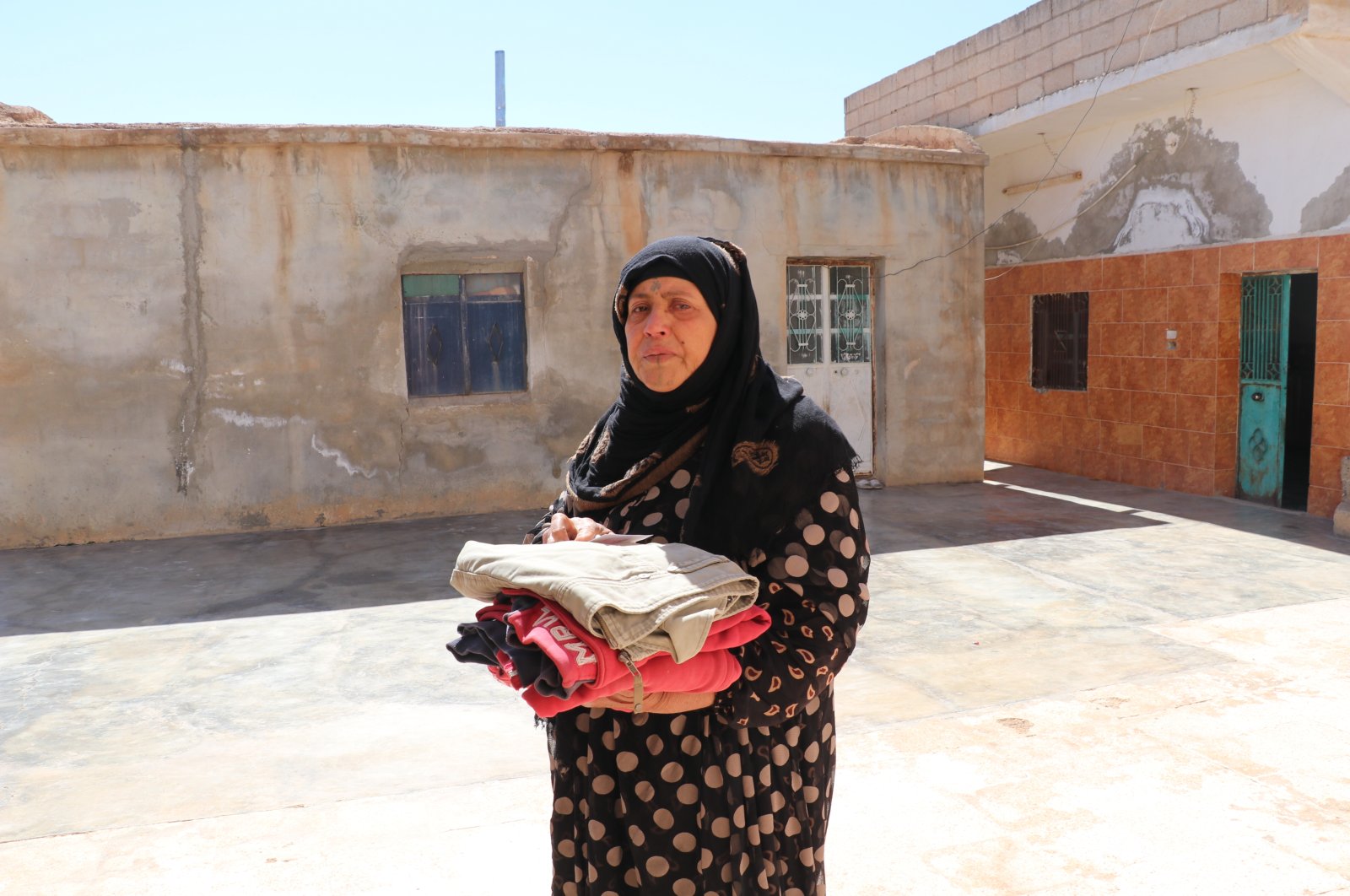 A Syrian Turkmen mother hopes that her son, who was abducted by PKK terrorist group’s Syrian offshoot YPG, six years ago in northern Syria’s Tal Abyad, will return home.

Noting that she did not allow anyone to touch her kidnapped son’s clothes, Turkmen mother Hatice Abdullah said: “I have smelled his clothes and put them back in place for six years. I still remember his every move, his morning prayer, his walk in the courtyard of the house and his voice. I did not forget him for a moment.”

Abdullah told Anadolu Agency (AA) that the YPG terrorist group kidnapped her 15-year-old son Muhammed and two other relatives of hers.

Explaining that her other two sons got married but did not celebrate, Abdullah said: “The guests looked at how I cried. I did not accept congratulations.”

“I have had condolences in my house for six years,” said Abdullah, adding that her longing flared up when she saw her son’s friends.

Abdullah said she went to the prisons in Hassakeh, Qamishli and Deir el-Zour districts to attempt to learn about her son’s fate, but she could not discover any information. Explaining that she used to go to Qamishli every Sunday, Abdullah said, “When we asked, no one answered us.”

Stating that her son and other relatives were abducted presumably because they are Turkmen, Abdullah said that in 2018, a tribal leader from Ras al-Ain district told her that a terrorist ringleader named “Hüseyin Köçer” was executing the detainees.

Abdullah hoped all those detained in Syria would be released as soon as possible and reunited with their children, wives and mothers.

A similar protest of mothers whose children were abducted by the PKK also continues in front of the headquarters of the pro-PKK Peoples’ Democratic Party (HDP) in southeastern Turkey’s Diyarbakir province. Families have not given up their posts despite difficult conditions, at times being threatened or ridiculed by HDP officials and those with links to the PKK terrorist organization. The protest continued despite the coronavirus pandemic, with the families taking the necessary precautions.

A significant number of suspected terrorists have begun fleeing the PKK and surrendering, but many terrorists lack the courage to leave the group out of fear of severe punishment if caught.

In its more than 40-year terrorism campaign against Turkey, the PKK – listed as a terrorist organization by Turkey, the United States and the European Union – has been responsible for the deaths of 40,000 people, including women, children and infants.