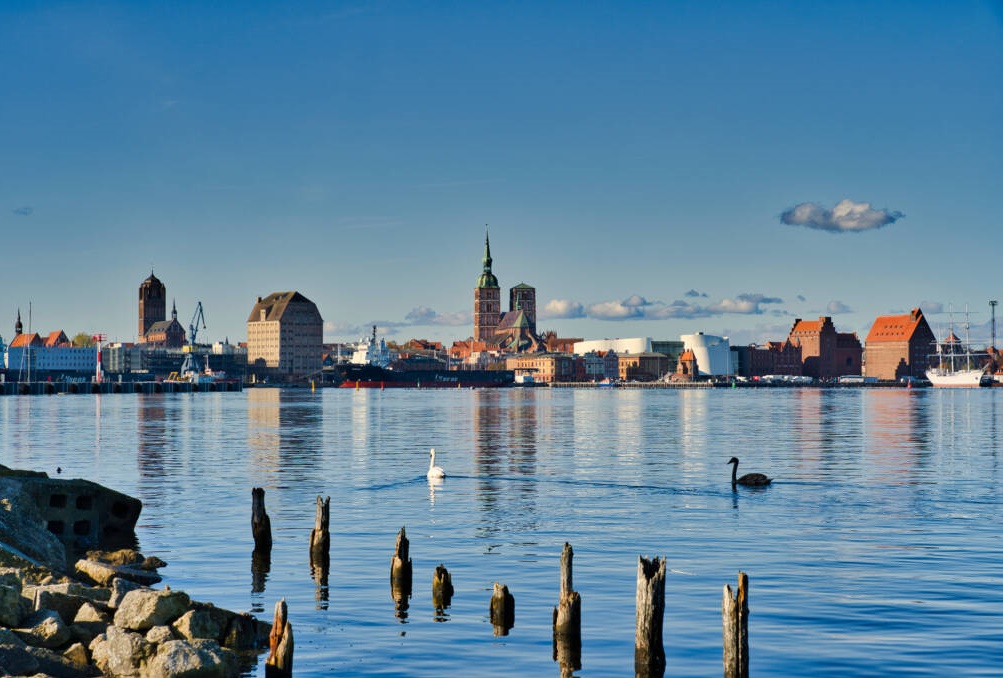 Stralsund, the Hanseatic city on a Baltic Sea strait, is considered the gateway to the island of Rügen. The historic center has been a UNESCO World Heritage Site since 2002 – a magnet for tourists. The decay of Stralsund in Mecklenburg-Western Pomerania was gradually stopped after the end of the GDR in 1990. Private investors, foundations and the public sector are equally committed to the restoration of the old town. Today there are far more than 500 listed and renovated town houses and buildings in the old town – all of them tourist attractions.

The gabled houses in Mühlenstraße

You are in the middle of the city center: the gabled houses, which are under monument protection. The brick buildings connect the Alter Markt with the Heilgeiststraße and are characteristic of the medieval buildings in the city with their arches and turrets.

Today, the gabled houses even belong to the core area of ​​the UNESCO World Heritage Site “Historical Old Towns of Stralsund and Wismar”.

The town hall of Stralsund is the symbol of the Hanseatic city: It is made of the classic North German red brick and is located on the Old Mark. From 1990 to 2011 it was renovated several times, since then the cellar has also been a magnet for visitors. Theme and craft markets are held here. Just like the gabled houses, the town hall is also part of the UNESCO World Heritage.

St. Mary’s Church, which was first mentioned in 1298, is considered a late Gothic masterpiece. It is the highest church in Stralsund and was built on the model of the Lübeck Marienkirche. From the top of the St. Marien Church you have a great view over Stralsund.

The Ozeaneum is a natural history museum with a focus on the “sea” and opened in Stralsund in 2008. It includes several aquariums, ranging from the Stralsund harbor basin across the North Sea to the Arctic Ocean, 5 permanent exhibitions that deal with various marine themes and changing special exhibitions. The largest aquarium is 300 square meters and holds 2.6 million liters of water. The icing on the cake: ten Humboldt penguins have been living here since 2010.

It is the oldest museum in Mecklenburg-Western Pomerania and has existed since 1761: the Stralsund Museum. Another special feature is that it shows its treasures in three places: in the former Dominican monastery of St. Catherine, where most of the exhibits are, in the former museum house at Mönchstraße 38 and in the Navy Museum. Among other things, collections on the cultural and art history of Western Pomerania, sacred works and paintings and graphics by Caspar David Friedrich are on display.

Prices for the Catherine Monastery: