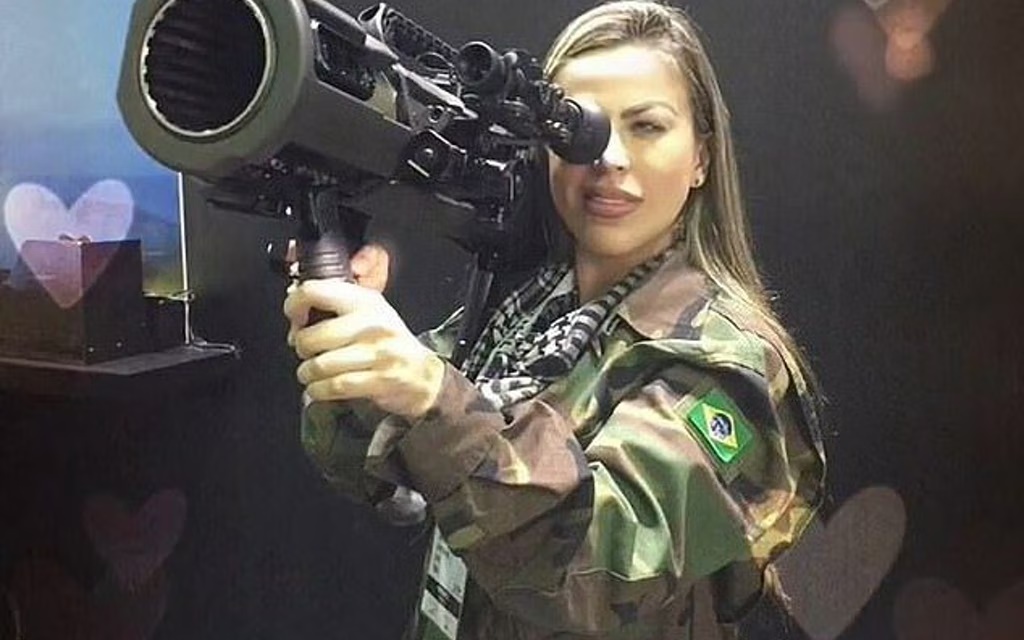 What an extreme life: Thalita do Valle had two lives, one as a model and the other as a ruthless sniper.

On her Tiktok account, Thalita do Valle posed like a film heroine with weapons of war, but it wasn’t just poses: the model actually went to war, for example in operations against the IS terrorist militia in Iraq. Three weeks ago, Thalita do Valle went to war in Ukraine with her partner Douglas Rodrigues Búrigo to fight for the country attacked by Russia.

Here, too, the model posed in front of the camera to showcase her efforts. But now the shocking news for her fans: Thalita do Valle was killed along with her partner Douglas Rodrigues Búrigo in a Russian missile attack. Both were in the Russian-attacked Kharkiv region.

The missile impact is said to have occurred in the accommodation in which both were housed. According to unconfirmed reports, the two Brazilians are said to have joined the controversial Azov regime, in which numerous foreigners are fighting. Russia accuses Ukraine of right-wing extremists fighting in the Azov regime and uses this claim as justification for the unprovoked attack on Ukraine. In Russia, on the other hand, right-wing extremists are fighting in the Wagner group, which is known for numerous war crimes and is also deployed in Ukraine.

The extent to which right-wing leanings still play a role among Azov members today is a matter of debate. Many foreign fighters have joined Azov for other reasons, the regiment is incorporated into the Ukrainian army and subordinate to its command structure.