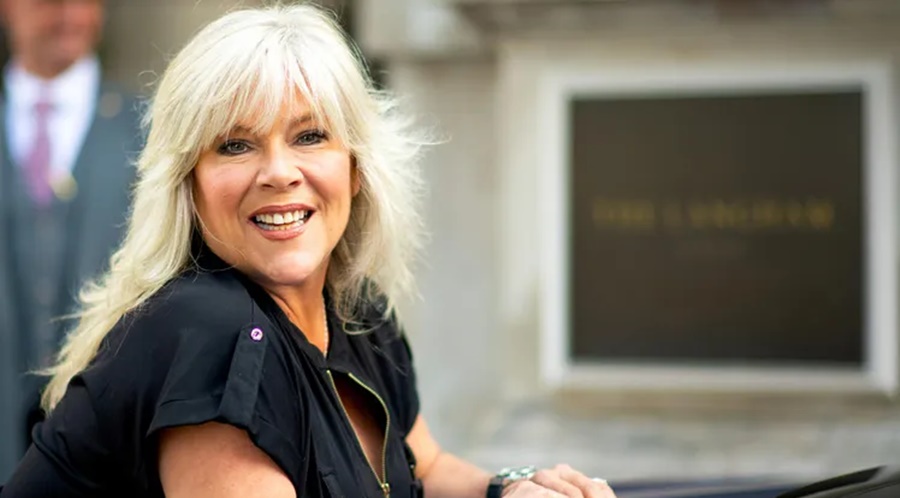 In 2015, Samantha Fox lost the love of her life. The 1980s sex icon was in a relationship with Myra Stratton for 12 years. But then the manager fell ill with cancer. On August 2, 2015, at the age of 60, she lost a battle with the insidious disease.

Married after four years of relationship

Three years after the tragic death of her partner, Samantha Fox found happiness in love again. The 56-year-old has been in a relationship with Linda Olsen since 2018 – and is now also married. As the “Daily Mail” reports, the couple said yes after four years of relationship.

In pictures published by the British news portal, it can be seen that both have opted for white wedding dresses. To do this, they each combined a veil. The party took place in Epping Forest, north of London.

“They want to make it official”

“The Sun” reported two years ago that Samantha Fox and Linda Olsen want to take the step in front of the altar. “Sam and Linda are very happy together and want to spend the rest of their lives together. They are deeply in love and want to make it official,” the British tabloid quoted a friend of the couple as saying at the time. Now, two years later, the time had come.

Samantha Fox rose to fame in the 1980s with songs like “Touch Me (I Want Your Body)” and “Nothing’s Gonna Stop Me Now.” She started her career as a nude model on the famous page three of “The Sun”. At that time she was just 16 years old. She quickly became one of Britain’s most famous pin-up girls.