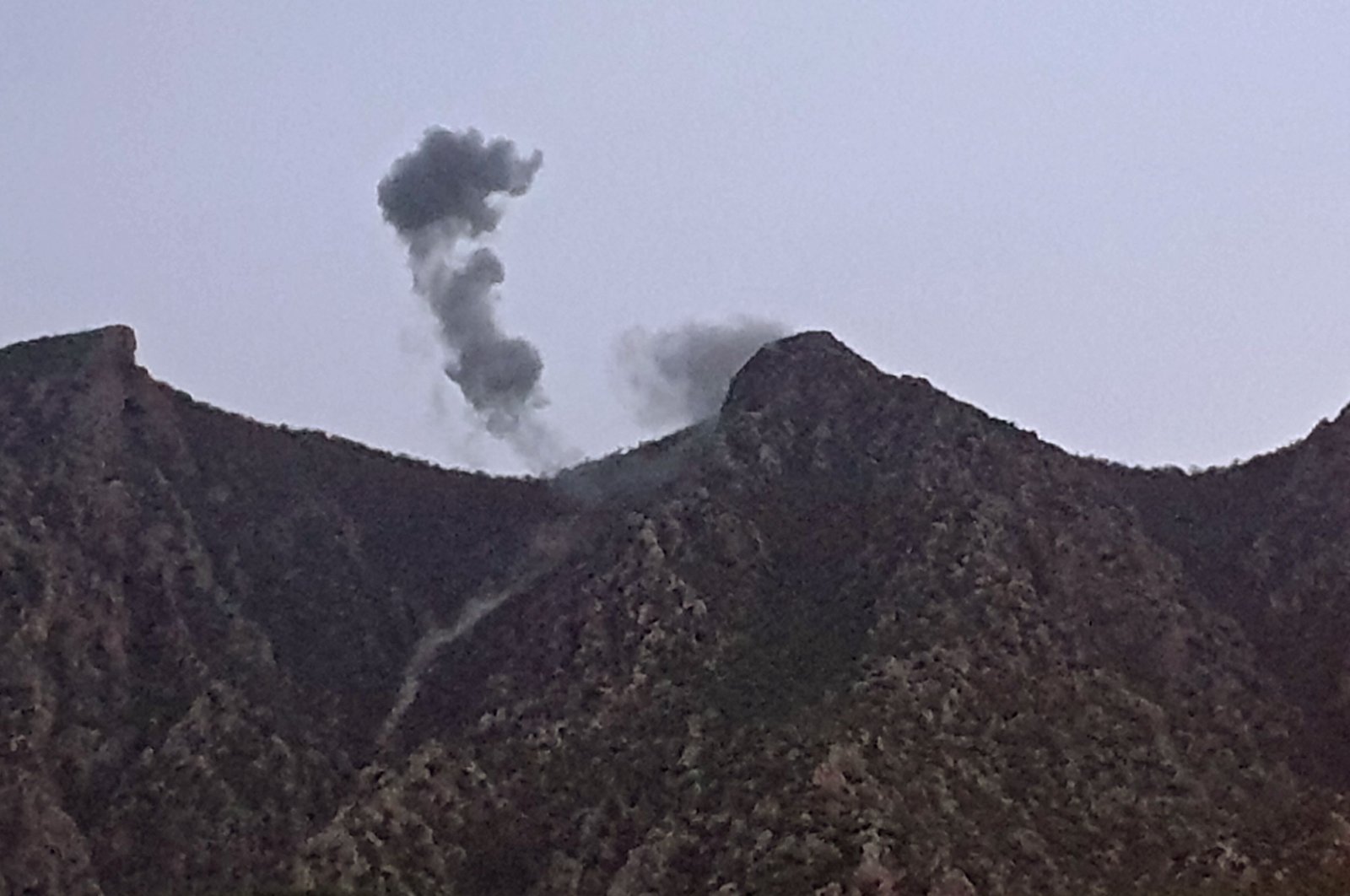 The PKK terrorist group continues to threaten the security of civilians and Kurdistan Regional Government (KRG) security forces in northern Iraq since taking root in the region in 1983.

The terrorists’ actions have led to the evacuation of hundreds of villages in Irbil, Duhok and Sulaymaniyah, forcing thousands of people to flee their homes.

Activities like agriculture and farming have become impossible in areas where the terrorists are located as local government services, including road and infrastructure construction, water and electricity are unavailable.

Those hoping to return to their villages face obstacles due to the terrorists. Peshmerga KRG soldiers also sometimes clash with the terrorists, disrupting security and threatening residents as fighting takes place.

Mines laid by the PKK have also caused the deaths of many Peshmerga forces over the years.

The PKK has always caused trouble for the regional government and people in Iraq, where it has been present for nearly 40 years.

The Kurdistan Democratic Party (KDP) and Patriotic Union of Kurdistan (PUK) fought together against the PKK in 1993.

In separate instances, the PKK clashed with the KDP in 1996 and the PUK in 2000, with the terror group suffering heavy losses in both confrontations.

While the PKK was headquartered in the cities in the 1990s, after these clashes it retreated to the countryside from where it launched terrorist acts and blocked roads.

According to official data from the KRG government, the PKK had occupied 515 villages on the border of Irbil, Duhok, and Sulaymaniyah in 2015. Of these, 304 were in the Duhok province, while 177 were in Irbil and 34 were in Sulaymaniyah.

After Turkey’s successful cross-border operations in recent years, the PKK retreated from the Turkish border into Iraq. It occupied 285 more villages in the last seven years.

In a statement on Feb. 27, 2021, KRG Prime Minister Masoud Barzani stated that the PKK was preventing authorities from rebuilding 800 villages while emphasizing that the terror group’s presence will not not be tolerated in the region.

Due to the KRG government’s close political, economic and cultural ties with Turkey, the PKK has not hesitated from harming the economic resources of the regional administration, which it accuses of “collaboration.”

The terrorist organization has repeatedly attacked the region’s oil pipeline to Turkey, the main source of income for the Irbil administration, causing it to explode. The PKK claimed sabotage attacks on the pipeline on July 29, 2015, Oct. 28, 2020, and Jan. 18, 2022.

According to a report by the KRG parliamentary financial committee, the daily costs to the regional government due to the explosion of the pipeline amount to $10 million.

The PKK has also been threatening to wage war against the Peshmerga forces at every opportunity. It ambushed Peshmerga troops in the Amedi district of Duhok on June 5, 2021, killing five soldiers and injuring seven.

Duran Kalkan, one of the terrorist group’s so-called senior figures, spoke to media outlets affiliated with the PKK after Turkey launched Operation Claw-Lock, threatening the KDP.

The Turkish Defense Ministry announced it launched Operation Claw-Lock on Monday after reports that the PKK terrorist group was planning to launch a large-scale attack, adding that the preemptive operation is in line with the United Nations Charter’s principle of self-defense.

In 2020, Turkey launched operations Claw-Tiger and Claw-Eagle in the border regions of northern Iraq to ensure the safety of the Turkish people and frontiers.

With most of the PKK terrorist group’s presence eliminated in Turkish territories, the Turkish Armed Forces (TSK) have stepped up their counterterrorism efforts, launching the latest military campaign in northern Iraq titled “Operation Claw-Lock” to bring an end to a longstanding issue.

Senior Turkish authorities have repeatedly underlined that the operation – like previous military operations in northern Syria and Iraq where the PKK and its Syrian offshoot, the YPG, are present – is founded on a legal basis arising from international law, as Article 51 of the U.N. Charter gives the inherent right to use self-defense should they face armed attacks.

While Article 51 itself paves the way for a military campaign targeting threats in northern Iraq, the bilateral agreements between Ankara and Baghdad also permit the former to take action as the latter had earlier agreed that the PKK brought along critical problems and threats to the security of Turkey.

Erdoğan said that the new counterterrorism operation across the border into northern Iraq, Operation Claw-Lock, aims to “rid Iraqi lands of terrorists and guarantee the security of our borders.”

The latest operation was launched after Turkish intelligence obtained information suggesting that the PKK, which has sustained heavy blows in the past few years, was preparing retaliatory attacks against Turkey.

Operation Claw-Lock focuses on northern Iraqi regions, particularly the areas of Metina, Zap and Avashin-Basyan. The commando and special force units are supported by the UAVs, attack helicopters and artillery elements.