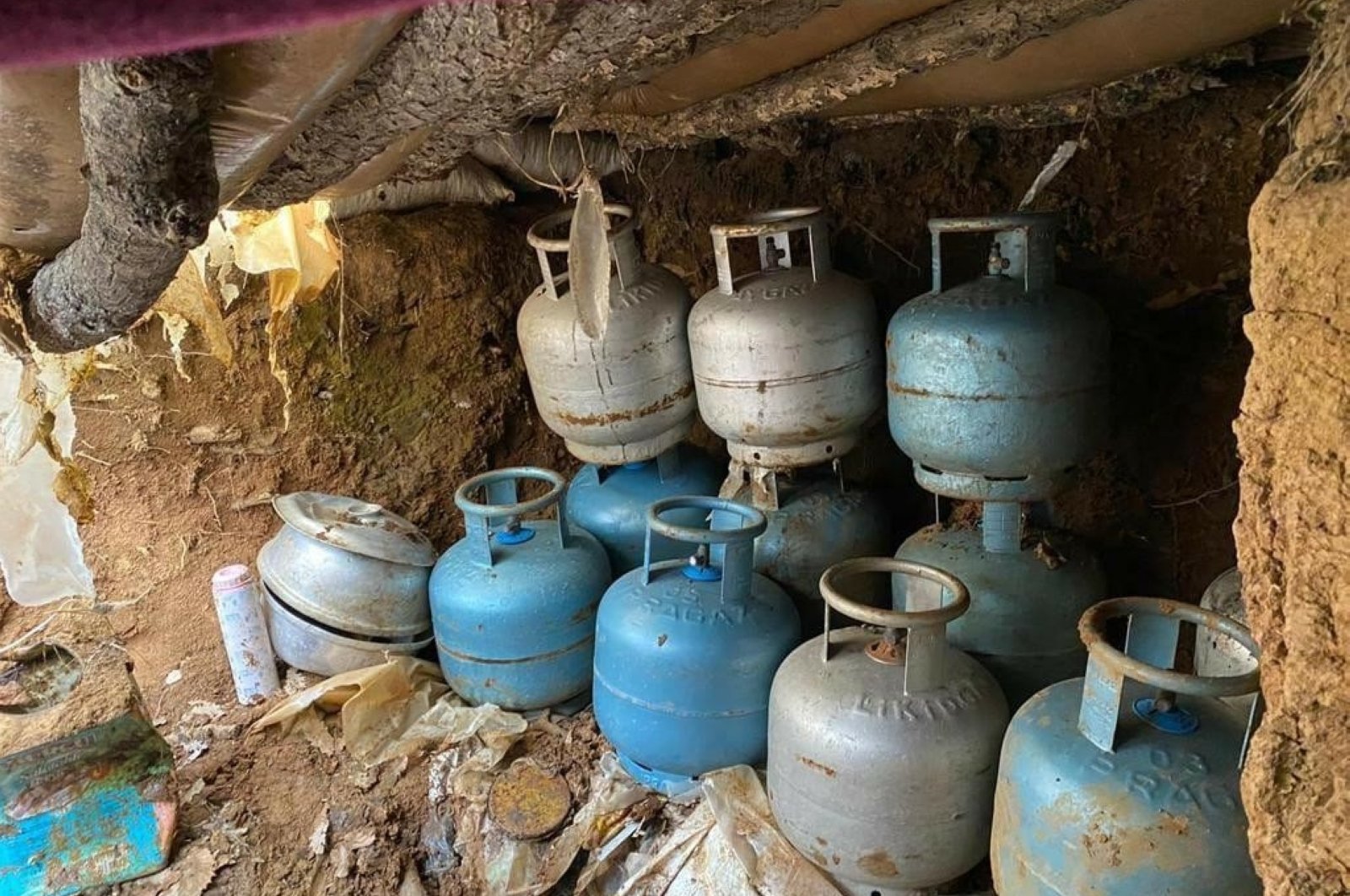 A 6-room shelter and materials used by terrorists were found in the Genç district of Bingöl.

According to the statement made by the Governor’s Office, Provincial Gendarmerie Command teams conducted a land survey within the scope of Operation Eren Winter-6, which was carried out in the rural areas of the district.

During the operation a 6-room shelter containing 11 kitchen tubes and various living materials used by PKK terrorists was found.

The seized materials were destroyed.

Last year, Turkey initiated Operation Eren, named after Eren Bülbül, a 15-year-old boy killed by the terrorist group on Aug. 11, 2017. Eren-Winter Operations are being carried out to completely eradicate terrorism in the country.

Turkish security forces regularly conduct counterterrorism operations in the eastern and southeastern provinces of Turkey, where the PKK has attempted to establish a strong presence.

Security forces also carry out operations abroad where the terrorist organization poses a threat. The Turkish Armed Forces (TSK) regularly conducts cross-border operations in northern Iraq, a region where PKK terrorists have hideouts and bases from which to carry out attacks against Turkey.

In its more than 40-year terrorism campaign against Turkey, the PKK – listed as a terrorist organization by Turkey, the United States and the European Union – has been responsible for the deaths of 40,000 people, including women, children and infants.

One more PKK terrorist was killed in Iraq’s Zap region, it added.