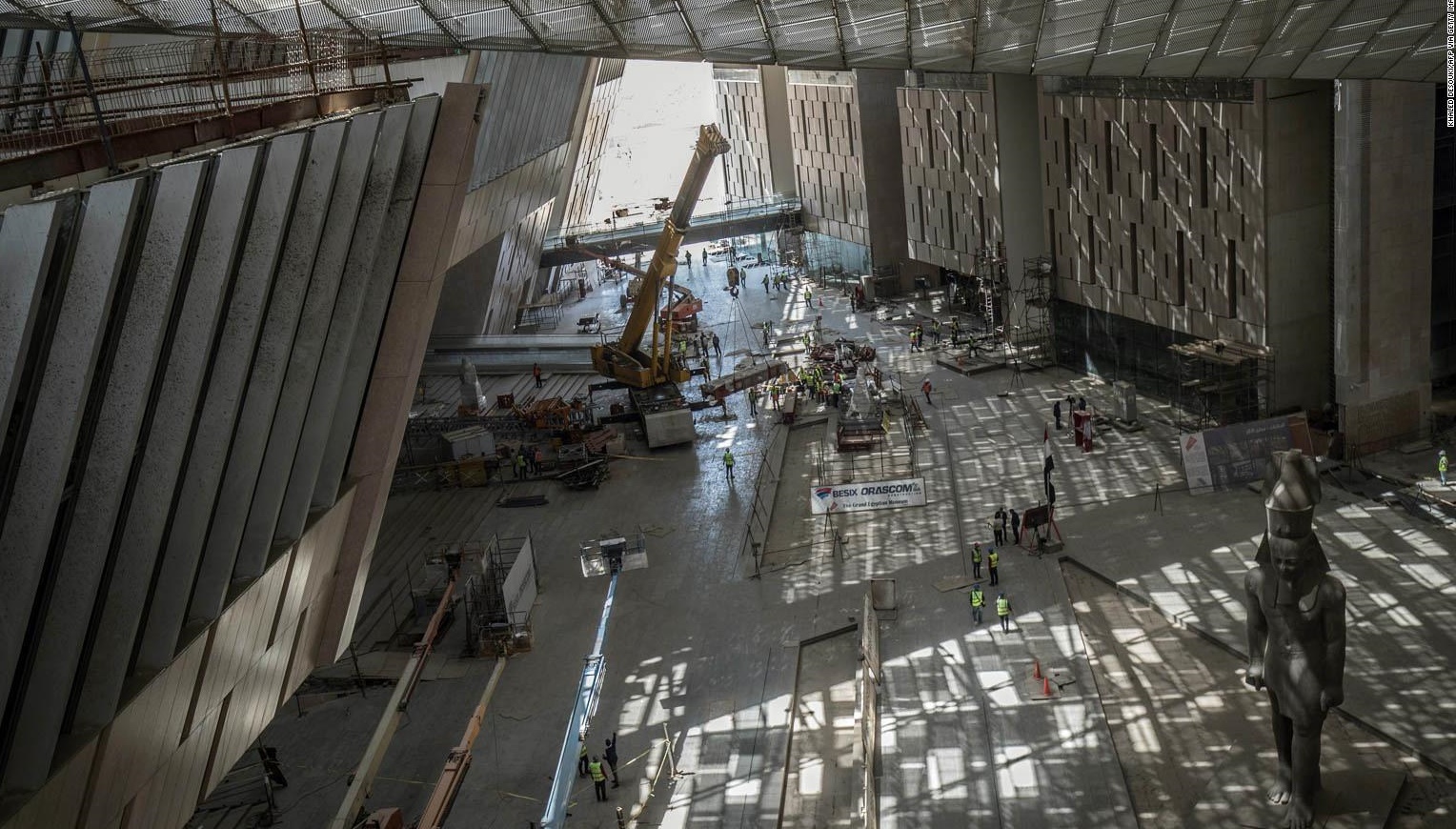 It is to become a Louvre of archeology, a monumental building for ancient treasures. But when the Great Egyptian Museum will finally open is still unclear, even ten years after construction work actually started.

The project started 30 years ago.

A sort of colossal fan of light-colored concrete, steel, and glass sits on the desert slope, with the Pyramids of Giza on the plateau beyond. The Great Egyptian Museum is taking shape, and you can already guess how groups of schoolchildren and tourists will be cavorting next to palm trees on the forecourt. Ten years after the start of construction work, the only question that remains is: When will it finally open?

Basically, only a few final steps were missing, the Ministry of Antiquities announced in February. Structural work, atrium and the large outside staircase are finished, the interior fixtures “99.8 percent” and the exterior areas “98 percent”. The GEM, as it is known for short, aims to become the world’s largest museum dedicated to a single civilization. It is said to contain a collection of 100,000 artifacts and has a site area equivalent to 70 football pitches.

But the planned Louvre for antique treasures has gradually turned into a permanent construction site, which evokes memories of a certain Berlin airport. Exactly ten years ago, on March 12, 2012, construction work on the GEM began. The foundation stone was laid by the late President Hosni Mubarak in 2002, and work began in 2005. The project was announced back in 1992. 30 years have passed since then.

An opening date has not yet been set, according to Cairo. “I want kings, queens and heads of state at the opening ceremony,” Antiquities Minister Chalid al-Anani told the German Press Agency last summer. An event with 600 guests or more is not possible in the corona pandemic. “I want to celebrate this event. I think it will be the biggest opening in Egypt’s recent history,” said the minister.

In addition to the pandemic, the revolution and political upheavals from 2011 caused delays. In addition, there was a lack of money in Egypt’s economic slump. According to reports, the estimated construction costs have now risen to the equivalent of more than 900 million euros, around twice as much as initially estimated. In 2015, the news site Al-Monitor asked: Will the museum ever open?

Nevertheless, visitors should be amazed when they stand in front of the eleven meter high statue of Pharaoh Ramses II in the monumental atrium. 5000 years of history are to be brought to life here, from ancient Egypt to the Greco-Roman period.

A particular highlight: the tomb treasure of Pharaoh Tutankhamun from the Valley of the Kings, which will be on display in its entirety for the first time. The exhibition rooms in the building by Irish architects Heneghan Peng were designed by Atelier Brückner from Stuttgart.

It is quite possible that some visitors feel a little lost. Even an eleven meter high Ramses II could look small in the huge hall, and who wants to see thousands of artefacts during a tour? But the GEM, linked to the pyramids by visual axes, is also likely to transform into an architectural extension and modern interpretation of the famous ancient structures, writes Architectural Digest magazine.

Meanwhile, child king Tutankhamun could be a key in guessing the opening date. November 4 marks the 100th anniversary of the discovery of his burial chamber by British archaeologist Howard Carter. The Egyptian government likes to stage antiquities in particular with a great deal of pathos and symbolic power. Egyptologist Zahi Hawass said a few months ago that opening the Great Egyptian Museum on that day would be “a world event.”