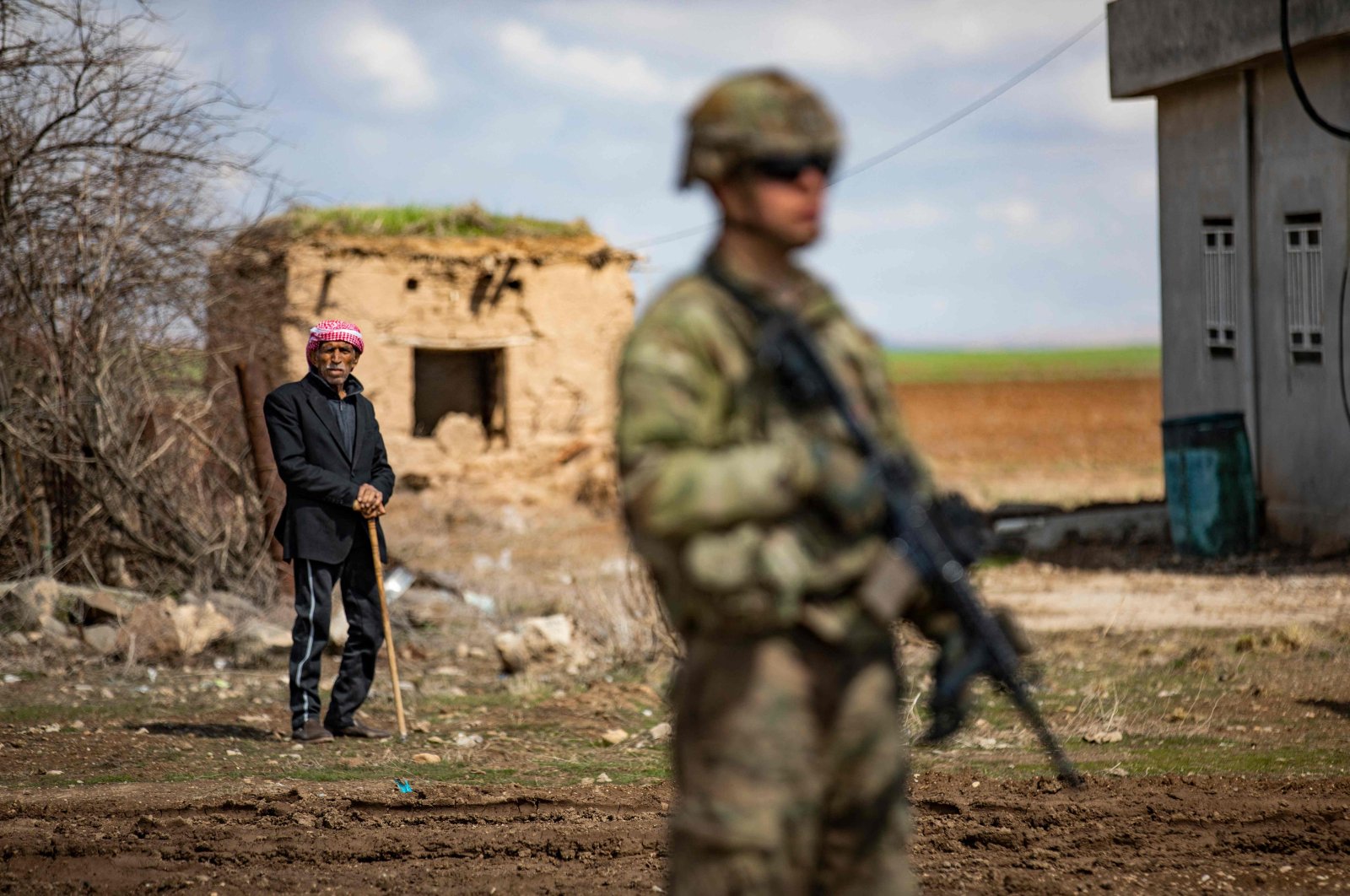 In the proposed United States Defense Department 2023 budget, a total of $542 million has been allocated for the training and equipment support fund for various groups, including the YPG/PKK terrorist group, that the U.S. is partnering with in Iraq and Syria under the pretext of fighting the Daesh terrorist group, Anadolu Agency (AA) reported Monday.

The Pentagon budget proposed by the U.S. government will continue to provide funding for YPG/PKK terrorists in Syria. The YPG is the Syrian derivation of the PKK terrorist group.

It does not break down how much of this money is going to be allocated to the YPG-led SDF, the U.S.’s main partner in Syria in its fight against Daesh. The U.S. also works with Syrian opposition groups in Homs governorate at an al-Tanf garrison near the Iraqi border.

U.S. President Joe Biden requested on Monday an historic $813 billion to fund the Defense Department and defense-related programs at external agencies. The funds include $773 billion in direct Pentagon funding, and an additional $40 billion to fund defense-related programs at other departments, including atomic energy-related activities at the Energy Department.

The budget proposal also includes $56.5 billion for air power and associated platforms, $40.8 billion for naval power that includes funding for nine new warships and $12.6 billion to modernize Army and Marine Corps fighting vehicles, according to the Pentagon.

Every year, the Pentagon added the “Overseas Contingency Operations,” also known as the war fund, to the budget as a separate item. However, this funding has been added to the basic spending of Defense Department for the past two years.

The U.S. administration had requested over $500 million for this fund in the 2022 fiscal year, of which $177 million was provided as support to groups in Syria, including the YPG/PKK terrorist organization. Washington’s support for the YPG-led SDF in Syria has been a major strain on bilateral relations with Turkey.

The funding levels for Iraqi and Syrian groups represent reductions from levels requested for the current fiscal year under former President Donald Trump. The Defense Department requested $645 million to aid partners in Iraq, and $200 million to assist the Syrian groups for the 2021 financial year.

Under the pretext of fighting Daesh, the U.S. has provided military training and given truckloads of military support to the YPG, despite its NATO ally Turkey’s security concerns. While underlining that a country cannot support one terrorist group to fight another, Turkey has conducted its own counterterrorism operations, over the course of which it has managed to remove a significant number of terrorists from the region.

The PKK, which is listed as a terrorist organization by Turkey, the U.S. and the EU, has waged a terrorism campaign against Turkey for more than four decades and has been responsible for the deaths of nearly 40,000 people, including women and children.