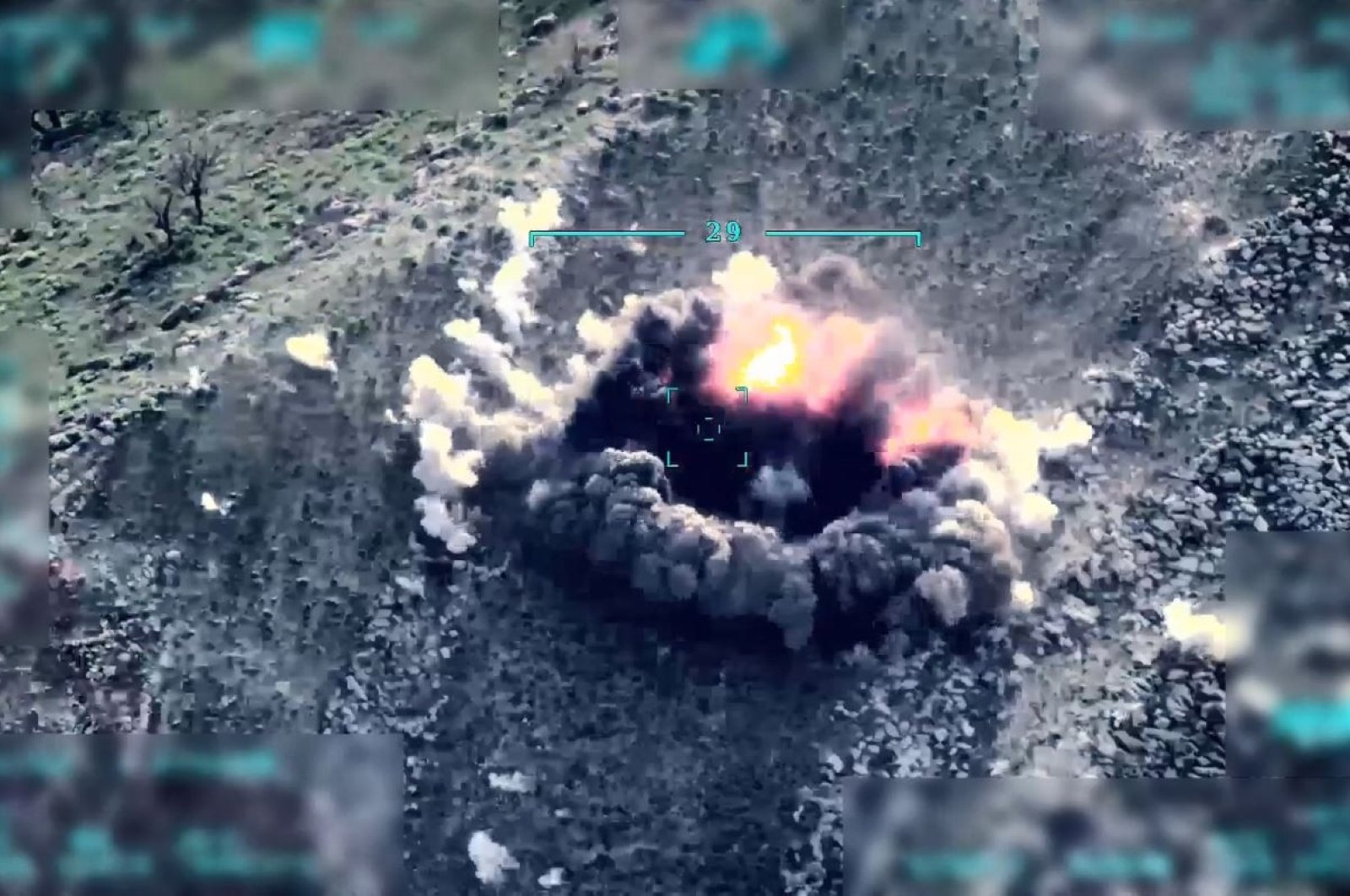 Turkey’s new ground and air military operation “Claw-Lock” against the PKK terrorist group in northern Iraq targets the terrorists in the Metina, Zap and Avashin-Basyan regions. The Zap region is significant as a central point between several areas hosting PKK headquarters, camps, terrorists and senior figures.

Turkish jets and artillery struck suspected PKK targets. Commando troops supported by helicopters and drones then crossed into the region by land or were airlifted by helicopters, Defense Minister Hulusi Akar said in a video posted on the ministry’s website.

The scourge of terrorism, which has plagued Turkey for years, is gradually being destroyed with the determination of the political will and the dedication of the Turkish Armed Forces (TSK). The PKK and its affiliates, which were heavily damaged with the Euphrates Shield, Olive Branch, Peace Spring and Spring Shield operations carried out in northern Syria and the domestic Eren Operations within the country, also lost strength with the Claw Operations in northern Iraq. The last exit door of the terrorists, who had no hole to escape, was closed with the Claw-Lock Operation carried out against the Metina, Zap and Avashin-Basyan regions.

It is noteworthy that the region is the area where terrorists fleeing from Hakurk, Metina, as part of the Claw series operations, gather. While the places where terrorists could enter Turkey from the north of Iraq were taken under control, one by one, with the Claw operations; with Operation Claw-Lock, hopes of crossing the only leak site, the Zap, were thwarted.

The region is also important in that it is the place where the terrorist organization’s camps were previously located.

Four Turkish soldiers were injured in the operation and are currently receiving medical treatment, the ministry added.

“The terrorists need to comprehend that they have nowhere to hide; they need to surrender as their end has come,” the ministry said.

Vice President Fuat Oktay said on Twitter that Turkey remains resolute to continue its struggle against the terrorist group and its sponsors, both within and beyond its borders.

“Our Turkish Armed Forces are destroying terror nests with Operation Claw-Lock in northern Iraq. Just as we have not allowed PKK terrorists to breathe anywhere, we will never give an opportunity to supporters of terrorism. We are effectively implementing our strategy of ‘destroying terrorism at its source,’ outlined by our president, and we continue our struggle uninterruptedly against all terrorist organizations that aim at our nation,” Communications Director Fahrettin Altun also said.