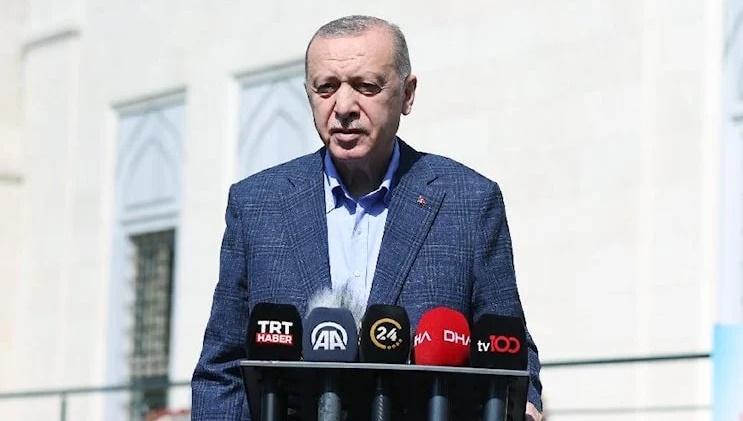 Evaluating Sweden and Finland’s decision to join NATO, President Recep Tayyip Erdoğan said, “We follow the developments, we do not hold a positive view.” Erdogan said that the Scandinavian countries are the guesthouses of terrorist organizations.

Finland and Sweden are expected to apply to join NATO in the coming days. There was no official statement or evaluation regarding the accession of two Scandinavian countries from Turkey, which has the right to veto like the other 30 countries.

Speaking after the Friday prayers in Istanbul today, President and AKP Chairman Recep Tayyip Erdoğan made the following statements:

– We follow the developments regarding Sweden and Finland, but we do not have a positive attitude. The administrations before us made a mistake about NATO regarding Greece. You know the attitude of Greece towards Turkey by backing NATO. As Turkey, we do not want to commit a second mistake in this regard.

– Unfortunately, the Scandinavian countries are like guesthouses for terrorist organizations. PKK, DHKP-C, are nested in Sweden and Netherlands. They even take part in the parliaments there. In this case, it is not possible for us to look positively.