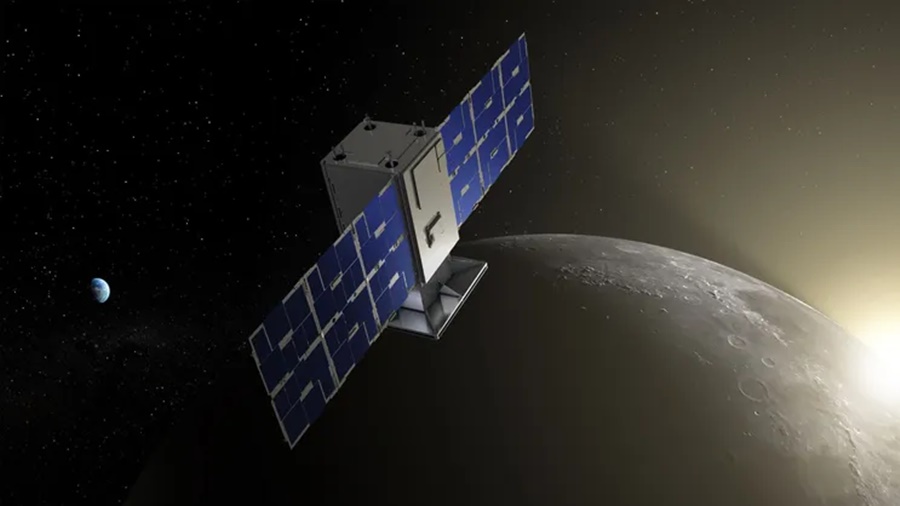 The US space agency Nasa wants to set up a space station on the moon before the end of this decade – now a mini-satellite is to test its orbit. The probe called “Capstone” (Cislunar Autonomous Positioning System Technology Operations and Navigation Experiment) was launched on board an “Electron” rocket from Rocket Lab from a spaceport in New Zealand, as announced by NASA.

“We are pleased with the successful launch of the mission and are excited to see what Capstone will do once it arrives on the moon,” said NASA’s Jim Reuter. Over the next six days, the satellite will be accelerated past low Earth orbit in order to place it in ballistic transfer orbit to the moon.

Capstone will be on the road for around four months

After that, Capstone will then use its own propulsion and the sun’s gravity to complete the rest of the way. In about four months, the satellite, the size of a shoe box, is to arrive at the moon and orbit it for at least six months in exactly the same orbit that is also planned for the “Gateway” space station.

According to NASA, this is the first missile to make this orbit around the moon. There “Capstone” will fly to within 1,000 miles of the north pole of the Earth’s satellite on its closest flyby to the moon and will be about 43,500 miles away from the south pole on its furthest flyby. According to Nasa, this cycle is repeated every six and a half days.