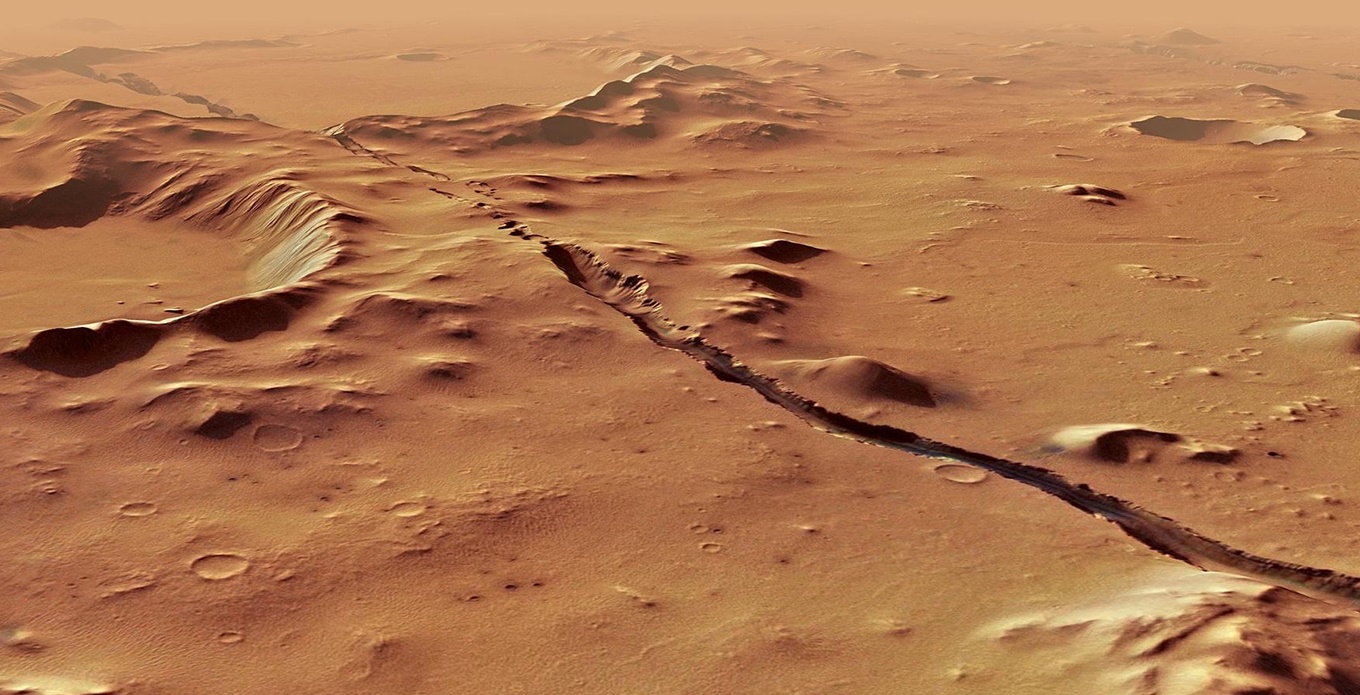 As on Earth, there are always earthquakes on the red planet. The recent shock has a special value for NASA.

NASA has discovered a remarkable phenomenon on Mars. On May 4, 2022, the Mars Insight spacecraft registered the most violent earthquake on the red planet ever recorded. The Marsquake reached a magnitude of 5.

In connection with the phenomenon, NASA speaks of a “monster quake”. It is the “biggest quake ever discovered on another planet”. Last year, Insight caught the previous record: a magnitude 4.2 marsquake. According to NASA, a magnitude 5 tremor on Mars corresponds to an average level compared to earthquakes. However, it is assumed that the shock is at the upper limit of what is possible.

Marsquake an indication of volcanic activity?

As on Earth, the tremors are a sign that there is also rumor on Mars inside the planet, writes the portal. So the marsquakes could be an indication of hidden volcanic activity.

Marsquakes are recorded with a highly sensitive seismometer, which can provide information about the core of the red planet. The measured phenomenon is of great importance to the researchers at NASA. Since Insight was first deployed, people have been waiting for a big earthquake. So now it happened. This quake provided scientists with important data that could lead to a better understanding of Mars, NASA reports.