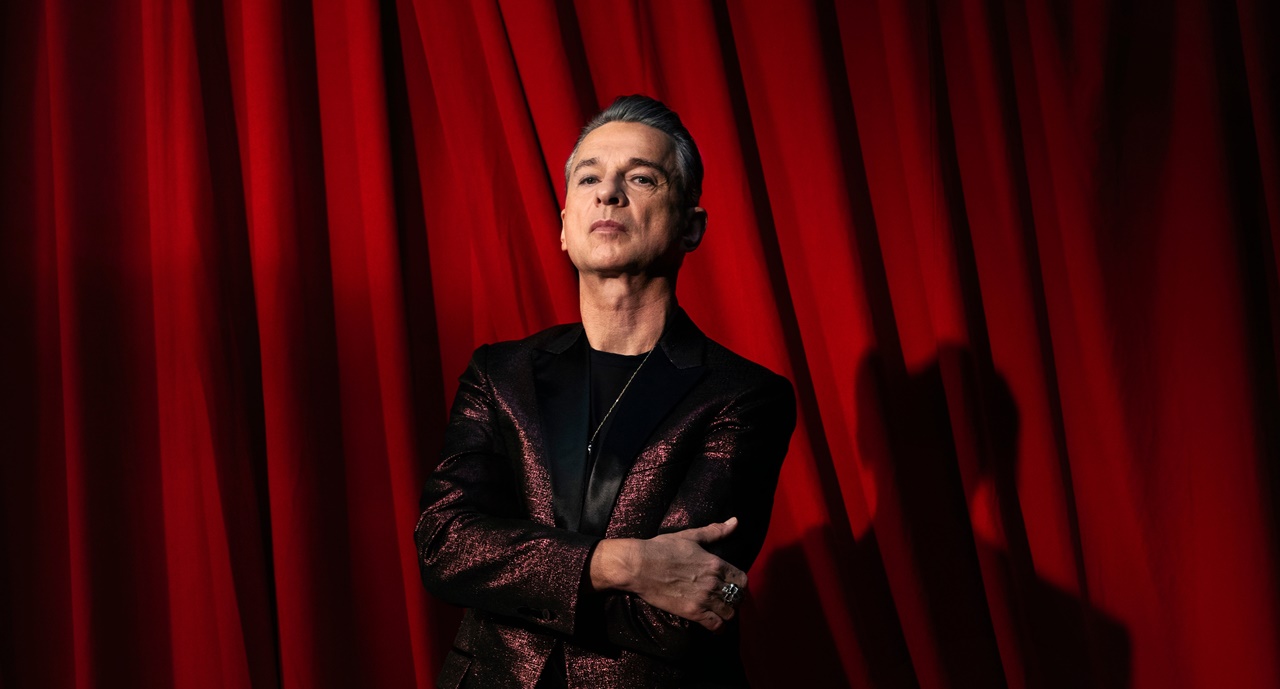 “Regret is a strange word,” the Depeche Mode frontman recently told the Guardian. “I no longer look back on my life like this, I no longer need excuses for decisions I’ve made. Good or bad, they had consequences.”

Drug excesses, cardiac arrest, cancer – the charismatic singer with the famous swinging hips has had eventful decades. But before his 60th birthday (May 9), Gahan has apparently made his peace with the past. “I’ve had quite a blessed life here,” said the British singer, who now lives in New York. “I just enjoy what I do as much as I can.”

A dandy with lascivious poses

He has been on stage for over 40 years, mostly with Depeche Mode. If you look at the early music videos of the band, which was formed in 1980 in tranquil Basildon, you have to smile. When he appeared on the TV show “Top Of The Pops” in 1981, boyish Gahan wore a white jacket and a black bow tie. The hair is neatly short – an understated 80s cut. The then 19-year-old is already showing his swinging hips.

When the band presented “Everything Counts” on the cult show two years later, Gahan seemed much more mature and self-confident. From today’s point of view, the rousing performer that Gahan is today is already recognizable – the dandy with the lascivious poses, the rock’n’roll star who stands for excess, who dominates his audience and is now more than just that the singer of one of the most influential bands in music history.

Depeche Mode rose to fame as part of the new wave scene with debut album Speak And Spell and hit single Just Can’t Get Enough. Keyboarder Vince Clarke wrote the songs almost single-handedly. Shortly after the release he left the band to form Yazoo and later Erasure. However, bandmate Martin Gore proved to be at least as talented and henceforth took over the songwriting.

He shaped the Depeche Mode sound

With pop classics like “Everything Counts”, “Enjoy The Silence” or “Personal Jesus”, which went far beyond the synth sound of other artists of their time, Depeche Mode became one of the world’s most successful bands. Gahan sang the songs, mostly written by Gore, with verve and power. His distinctive vocals, often in combination with Gore’s soft voice, made the Depeche Mode sound special.

With his stage presence, Gahan captivates audiences at concerts. Depeche Mode’s legendary performance at the Rose Bowl Stadium in Pasadena, California in 1988 in front of 65,000 spectators, which was released as the concert film “101”. The band’s look has changed significantly over the years. Today, Gahan usually wears tight pants and often shows his naked, tattooed upper body.

His drug use nearly killed him

Much like the Depeche Mode sound has grown darker and more mournful over the years – as the band has enjoyed success after success – Gahan’s personal life has become increasingly murky. His drug use spiraled out of control. “It was all about getting high,” he told Rolling Stone. “Everything I loved didn’t seem to matter, it was a terrible state of affairs.”

In 1996, after an overdose, his heart stopped for two minutes. “There was only darkness,” said Gahan, for whom it was a dramatic wake-up call. “I had this overwhelming feeling that whatever I was doing to myself was absolutely wrong.”

The fact that he was subsequently arrested for drug possession proved helpful. “I’m actually grateful that I was arrested and that the judge threatened me that if I didn’t get clean, I would go to jail,” he said in the “EW” interview. “Because I listened to him and then it clicked.” Since then, Gahan says he’s dry and clean.

In 1999 he married his third wife, Jennifer Sklias-Gahan, with whom he has one daughter. He also has a son from his first marriage and adopted Sklias-Gahan’s son from a previous relationship.

He is not free from self-doubt

During the “Tour Of The Universe” with Depeche Mode in 2009, Gahan was diagnosed with a bladder tumor. The singer survived that too – and even so quickly that he was able to continue the tour after a few weeks. To this day, Gahan fills the big halls and stadiums with Depeche Mode, who released their last album “Spirit” in 2017.

All the more surprising that Gahan revealed self-doubt in last year’s “Variety” interview. “I’ve been performing in front of people for so many years, and there were times when I didn’t feel completely comfortable,” he confessed. “Then I feel like a cheater.”

Accordingly, he named his third quasi-solo album with his longtime musical collaborator Rich Machin aka Soulsavers. On “Imposter” (German: Fraudster), which was released in November 2021, Dave Gahan sings songs by artists as diverse as Bob Dylan, Charlie Chaplin and PJ Harvey. Accompanied by a ten-piece band, he sounds really good even without Depeche Mode.