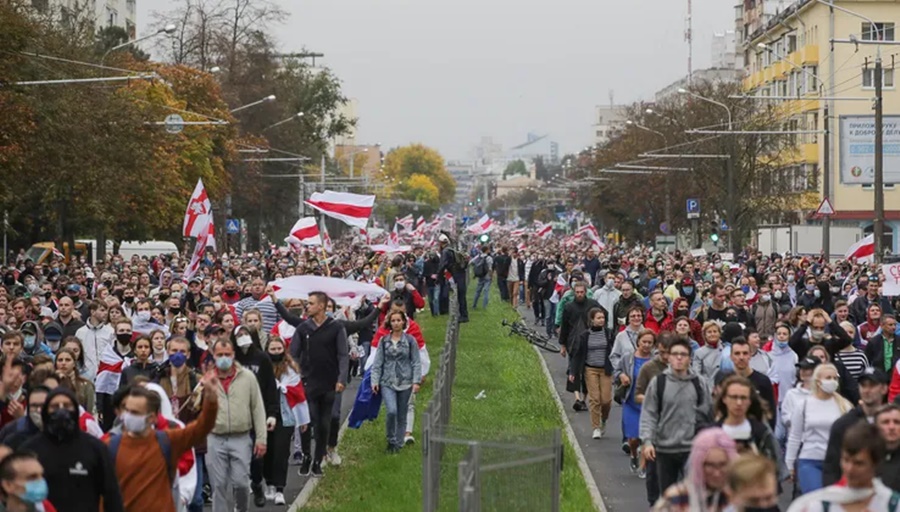 The trade unions are now held responsible for this.

The authoritarian Republic of Belarus has now also banned the work of independent trade unions. Almost two years after the mass protests against the ruler Alexander Lukashenko, the judicial authorities based their decision on alleged extremist activities by several union leaders and members. The trade unions had taken part in an escalation of the situation, the Prosecutor General’s Office said on Tuesday in Minsk, citing a decision by the country’s Supreme Court.

After the controversial presidential election on August 9, 2020, Lukashenko had himself declared the winner again. This led to mass protests, which were brutally put down by the security forces. Several demonstrators died, hundreds were injured, and thousands were imprisoned. The authorities gave the unions some responsibility for the situation. At the time, the unions had also called for strikes in state-owned companies in order to paralyze Lukashenko’s power base.

For example, the Free Union of Metalworkers, the unions for employees in the mining, chemical and construction industries, among others, and the umbrella organization Belarusian Congress of Democratic Unions have now been banned.

According to the Attorney General’s Office, criminal proceedings against trade unionists for participation in “destructive acts” are still pending.

The unions were also accused of receiving help from abroad for their anti-state work. The authorities had previously banned numerous human rights and non-governmental organizations in Belarus because Lukashenko, who is considered “Europe’s last dictator”, also blamed them for the mass protests.