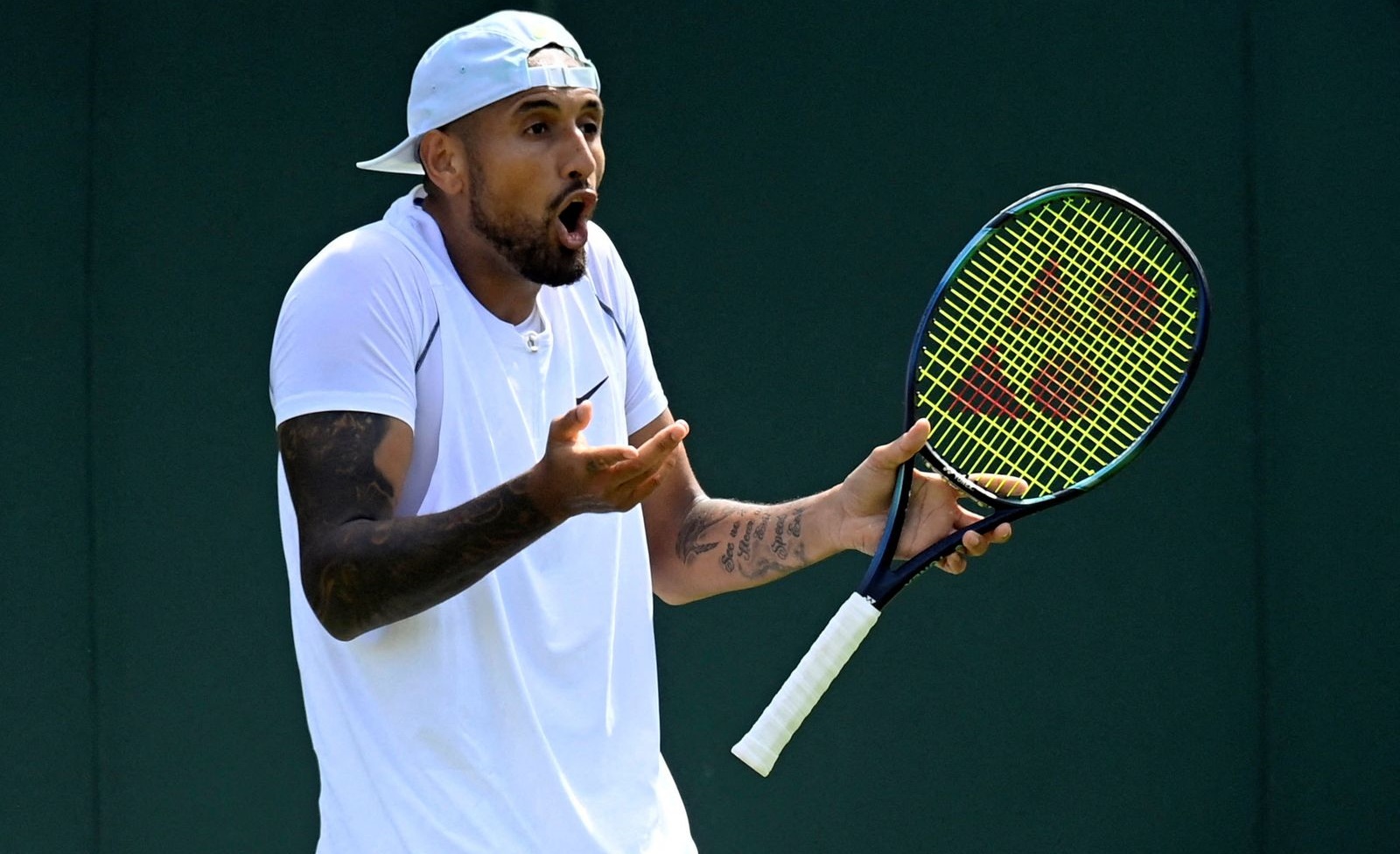 The argumentative tennis pro Nick Kyrgios from Australia caused the next excitement at the classic lawn in Wimbledon. The 27-year-old admitted to deliberately spitting at a spectator after his first-round win on Tuesday. Kyrgios said he was disrespectful to him. ‘When I won the game I turned to him. I’ve had to deal with hate and negativity for so long, so I don’t feel like I owe this person anything.”

Kyrgios defeated the British Paul Jubb 3: 6, 6: 1, 7: 5, 6: 7 (3: 7), 7: 5. Kyrgios kept messing with the audience that supported the local heroes. He also doesn’t go to the supermarket and clap when someone scans something in the till, mocked the world number 40. at the referee.

He was not racially insulted, said Kyrgios when asked. He last denounced this at the tournament in Stuttgart. “Someone called me shit today. Is that normal? No,’ said Kyrgios. “I think there’s a whole generation of people on social media who think they have the right to comment negatively on every single thing.”

Kyrgios had been on probation for six months in 2019. At a tournament in the United States, he tangled with the referee, took an unauthorized bathroom break, smashed two racquets in the catacombs and finally refused to shake hands with the referee. For this, he was fined $113,000 (just over €100,000).

He also had one of his aggressive outbursts in Stuttgart: When a ball bounced because of a field error, he smashed his racket out of anger, for which he received a point deduction. He later messed with the audience and got points deducted again. He played the game listlessly to the end and was finally dismissed with whistles.