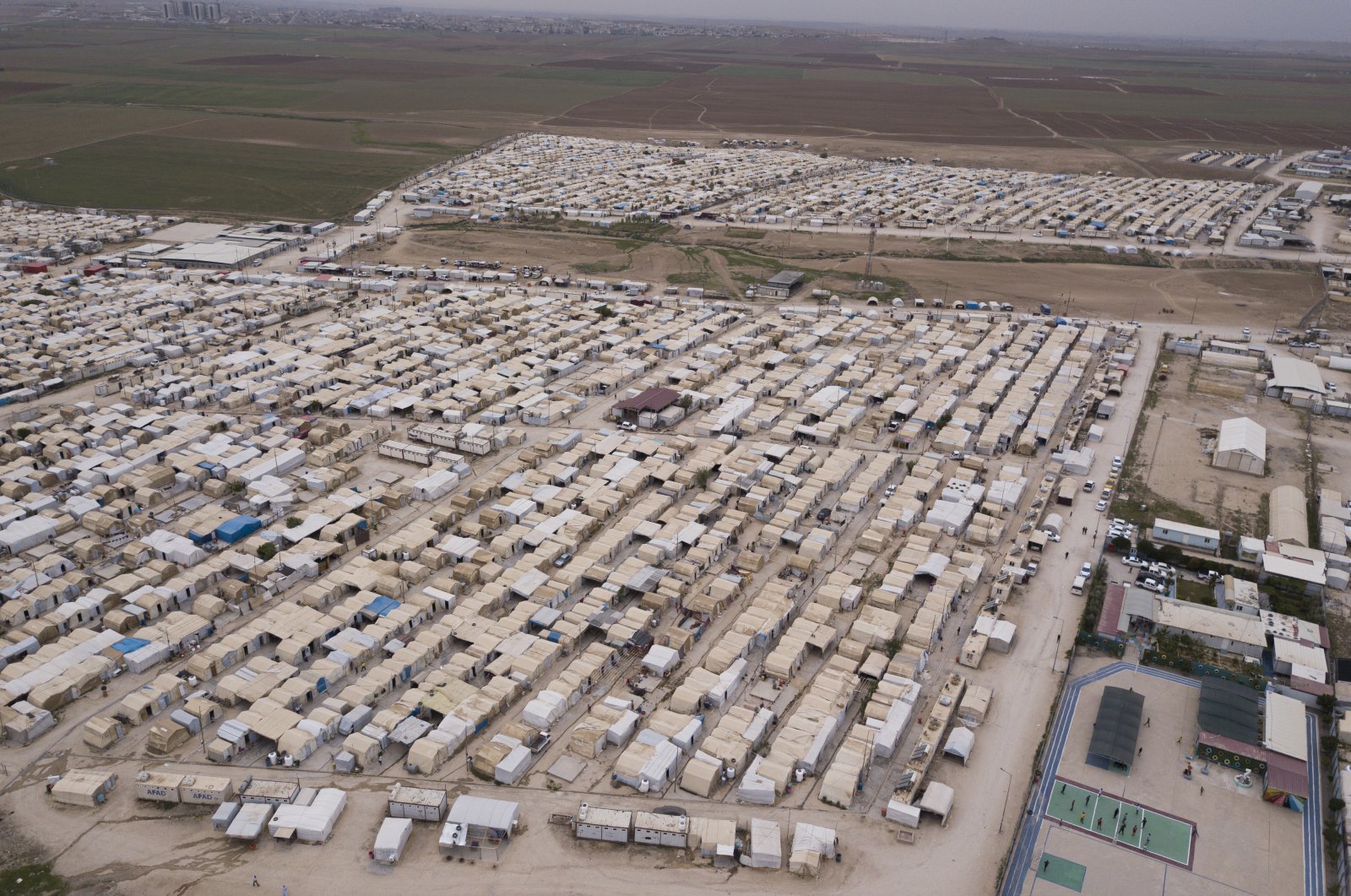 Iraqi Yazidis have been waiting to return to their homes ever since they had to leave due to Daesh attacks in 2014 in the Sinjar district of Mosul. But the presence of the PKK terrorist group in the region poses a major threat to their long-awaited return.

They want the PKK terrorist group to leave Sinjar so they can return from camps where they have lived as refugees for eight years.

The Yazidis from Sinjar, who have been staying in tents at refugee camps in Duhok, told Anadolu Agency (AA) that they could not return to their homes due to the presence of the terrorist PKK in the district.

The situation in Sinjar is very complicated and there is no security, said camp resident Halil Resho.

He said that they stayed in canvas tents in the camp at Duhok and that one burns every day. Everyone in the camps has a relative who was kidnapped or killed by Daesh, he added.

Ali Goro from Sinjar, also staying at a camp in Duhok, said that those in Mosul returned to their homes, but no one helped them return.

Goro said the people of Sinjar cannot return to their homes due to the presence in the region of the PKK and Hashd al-Shaabi militia (Popular Mobilization Forces – PMF).

He said that even if they dared to return under these conditions, there is no infrastructure, water, electricity, school or hospital.

“So it’s better for us to stay in tents than return,” he said.

Sinjar is wedged between Turkey to the north and Syria to the west, making it a highly strategic zone long coveted by both the central government in Baghdad and the Kurdistan Regional Government (KRG) in the north.

In an Aug. 3, 2014 attack on the Sinjar district, where Yazidis live, Daesh kidnapped and killed thousands of people, including women and children, or detained them in areas they held. Some 300,000 people lived in Sinjar before the attacks, two-thirds of them Yazidis and the rest Sunni Kurds and Arabs. Daesh had been active in the Iraqi provinces of Salahuddin, Anbar, Kirkuk and Diyala, at a time when the federal government was struggling to contain attacks by the terrorist group, launching security and military operations in the country’s northern, western and eastern regions. In 2017, Iraq declared victory over Daesh after reclaiming all territories the terrorist group controlled since the summer of 2014, estimated to be about one-third of the country’s territory.

The PKK terrorist group managed to establish a foothold in Sinjar in mid-2014 under the pretext of protecting the local Yazidi community from Daesh. Since then, the PKK has reportedly established a new base in Sinjar for its logistical and command-and-control activities. Due to the lack of implementation of the Sinjar agreement between Baghdad and Irbil, the PKK maintains its presence in the region and is trying to turn the district into a “second Qandil.” The Sinjar deal, signed under the auspices of the United Nations in October 2020 between the central government in Baghdad and the KRG on the status of the region, envisages clearing the region of PKK terrorists.

Furthermore, KRG officials state that Yazidis cannot return to their homes due to the PKK’s presence in the region, which interferes with the reconstruction efforts in the region.

Taking advantage of the power vacuum in the region, the PKK announced in January 2015 that it had declared a supposed “canton” in Sinjar. The terrorist organization attempted to seize the local government through a political organization with the so-called public assemblies it established in the region. Although Peshmerga forces recaptured the Sinjar district center and its surroundings from Daesh in November 2015, the PKK’s activities in the region continued. The organization, which built camps for the terrorists it brought to the region, recruited Yazidi children it had kidnapped.

In its more than 40-year terror campaign against Turkey, the PKK – listed as a terrorist organization by Turkey, the United States and the EU – has been responsible for the deaths of nearly 40,000 people, including women, children and infants.