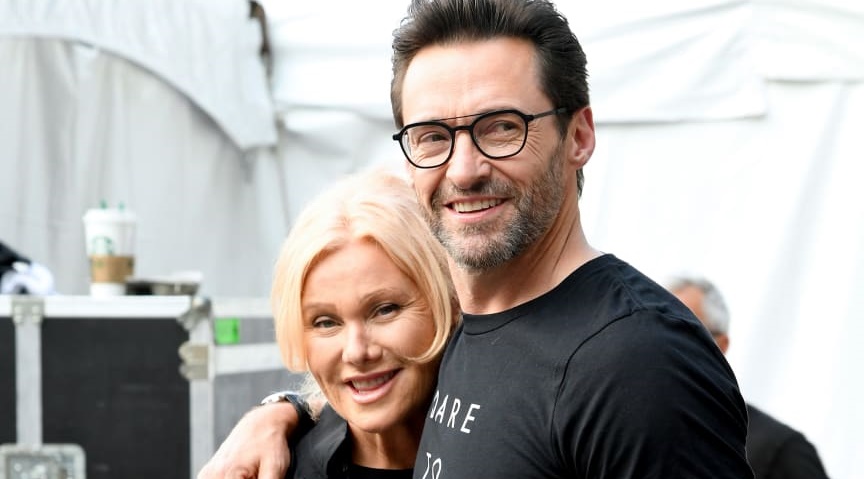 Actor Hugh Jackman (53) and his wife Deborra-Lee Furness (66) have been happily married for over 25 years and yet a rumor persists: HE is supposed to be into men …

All nonsense, as his wife now says in the podcast “Not an Overnight Success”. There she relaxed about the constant whispering: “If he were gay, he could be gay. He wouldn’t have to hide anymore. Maybe he would be dating Brad Pitt or something.” You can be that casual after so many years together!

Deborra-Lee Furness also reveals in the podcast how she finds the constant whispering about her husband’s sexuality: “It’s boring.” She can only puzzle over the origin of the rumors: “I wonder: ‘How can people be like that to invent something?’”

However, no rumor in the world can affect their marriage. The Hollywood couple has been proving this since they met in 1995 on the set of the Australian series “Corelli”. Despite the 13-year age difference, Jackman hit the ground running.

He admitted on The Ellen DeGeneres Show, “She was the star and I had such a crush on her.” Just a year after they first met, the two actors tied the knot. A real whirlwind romance!

And the secret of their marital bliss? Jackman also shared: “My number one rule for romance is surprise.” Additionally, Jackman never stays away from his family for more than two weeks.

And these relationship rules seem to have worked for 25 years…