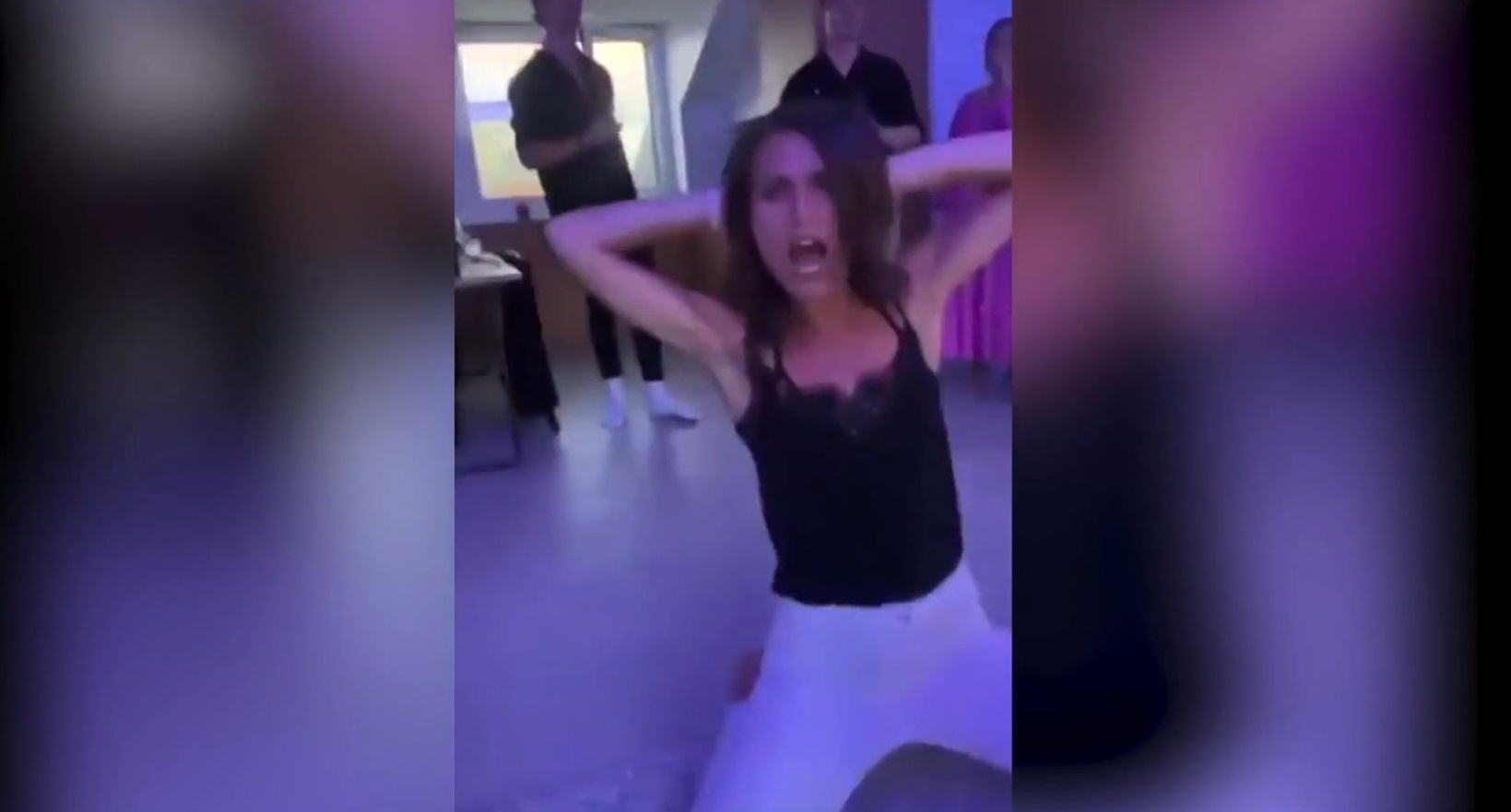 Sanna Marin obviously has fun and dances exuberantly with a young party crowd. But Finland’s Prime Minister Sanna Marin does not only receive praise for this.

It’s not the first time that Sanna Marin has made headlines with her love of partying. The 36-year-old head of government in Finland is notorious for her visits to festivals: only last weekend she caused a stir with a glitter dress.

But this time the mood seems to be changing. A video currently circulating on social media, which you can see at the top of the article, is splitting opinions. For example, Finnish moderator Aleksi Valavuori criticized the clip as follows on Twitter: “This is Finland’s Prime Minister Sanna Marin. Some say she’s cool … maybe teenagers, among other things. But a responsible leader for a country in crisis? She’s with By far the most incompetent PM we’ve ever had.” He then tells her to stand back: “Please take your leather jacket and stand back. Thank you.”

Another agrees, saying, “Finland is suffering from record high electricity prices, a shortage of healthcare and elder care professionals, and this is how our head of state is spending her time!”

Time makes you sit up and take notice: “What a coincidence”

Others, however, stand by their opinions and celebrate the Finn for being outspoken about her personal life. In Germany, too, the video is now being eagerly commented on. One user notes: “What a coincidence that such a video is published after Marin’s commitment to Finland’s NATO accession and the EU visa ban for Russians.” It is still unclear at this point in time who is responsible for distributing the video.

Marin himself also seems visibly surprised. The Prime Minister explained on Thursday: “These are private pictures that were not intended for the public.” She told the Iltalehti newspaper: “I am sad that they were published.” She trusted that they would not leak. At the same time, she says: “I have nothing to hide and I have not done anything illegal.”

At the celebration in private premises a few weeks ago, she drank alcohol but did not use any drugs. With her friends, who include a Finnish influencer, an artist and two moderators, she then moved on to two bars. She spends her free time just like other people her age. “I hope that will be accepted,” Marin told broadcaster Yle. “We live in a democracy.”

Finland to apply for NATO membership

Sanna Marin was celebrated for her casual performances, for example when visiting a festival. A party video has now appeared on social networks, which many users no longer find so cool and appropriate to their job as a minister.

The minister is obviously no longer sober on the video. She dances and poses for the camera. There is also an accusation from a Finnish politician that coke is being used at the party.

Sanna Marin about the party: “It was an evening with friends, with celebrations – yes, also boisterous”
Sanna Marin rejects these allegations: she commented on the video on Thursday before a meeting of her party, the Finnish Social Democrats. According to the Finnish TV channel Yle, she said: The videos were made privately a few weeks ago and she had assumed that they would remain private.

“It was an evening with friends, with partying – yes, also exuberant – dancing and singing.” Drugs were not involved, only alcohol. “I danced, sang, celebrated – all very legal things,” she said. With her celebrations she also wanted to show that “normal people with normal lives” work in the government. “I have a family life, I have a work life and I have free time to spend with friends. Pretty much like everyone my age.”

Finnish sports talk show host Aleksi Valavuori tweeted along with the clip: “This is Finland’s Prime Minister Sanna Marin. Some say she’s cool…maybe teenagers among other things. But a responsible leader for a country in crisis? She is by far the most incompetent PM we’ve ever had. Dunno. Please take your leather jacket and step back. Thank you.”

Another wrote: “This video shows Prime Minister of #Finland @MarinSanna (brunette in white trousers and black top) at a private party. Finland is suffering from record high electricity prices, a shortage of healthcare and elderly care professionals and this is how our Head of State your time!”