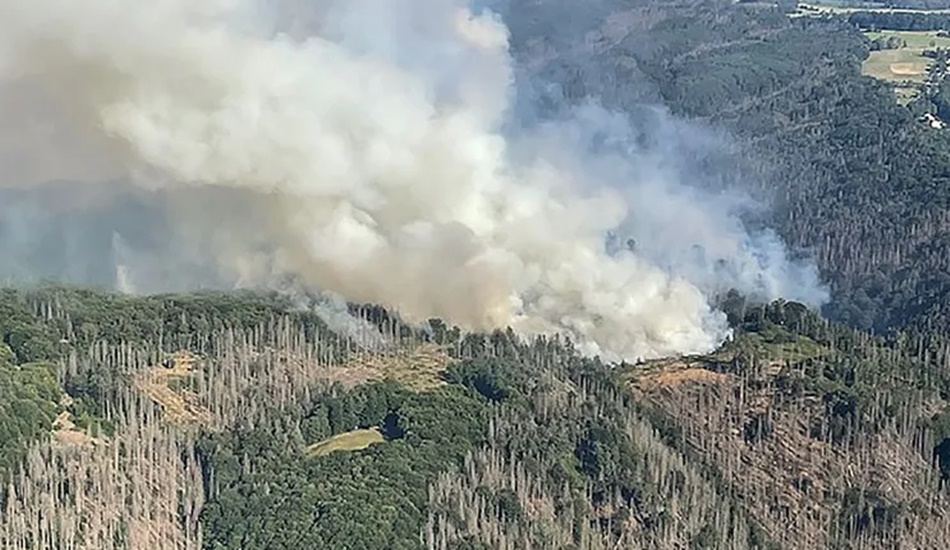 They are also hoping for rain. / Disaster alert declared in Sebnitz

The situation remains tense in the forest fire areas in Brandenburg and Saxony. At least no major new fires broke out on Friday. Hundreds of emergency services are on site, supported by police helicopters, fire fighting vehicles and water cannons. The number of firefighters should be increased again. In Saxony, however, the helpers are hoping for rain, which was predicted for Saturday.

In the Saxon Switzerland National Park, the efforts of the fire brigade are focused on preventing the flames from spreading to other areas. On Thursday evening, fire nests were also discovered and extinguished on the other side of the Kirnitzsch river, said the spokesman for the Saxon Switzerland-Eastern Ore Mountains district, Thomas Kunz, in the morning. The firefighters had actually hoped that the Kirnitzsch would act as a natural barrier for the fire.

More than 220 firefighters fought the blaze in the morning. During the day, other emergency services should arrive from other parts of the country. Seven firefighting helicopters are in use. At the weekend, two more helicopters are to be added to extinguish the fire. In the state capital Dresden, about 30 kilometers away, there was a clear smell of burning in the air on Friday morning.

Sweden provided two fire-fighting aircraft to fight the fire in the Czech National Park Bohemian Switzerland. According to the Czech fire brigade, the Air Tractor AT802F machines can each absorb 3,000 liters of water. Since the fire broke out on the Czech side on Sunday, around 1,000 hectares of forest have already gone up in flames. More than 450 firefighters are on duty there every day. The fire is not yet under control.

Rain not expected until the weekend

In the Saxon Switzerland National Park, the firefighters can only hope for help from the rain on Saturday. According to the German Weather Service in Leipzig, it should then rain in some areas, sometimes with showers.

In the south of Brandenburg in the forest fire area there, helicopters, extinguishing tanks and water cannons are in use, as the Elbe-Elster district announced. In the morning, the fire brigades fought against embers. The fire had partially flared up again on Wednesday evening. On the ground, two armored personnel carriers from the Bundeswehr supported the work in order to create wide paths for the fire-fighting crews and to cut aisles against further expansion.

Meanwhile, a special company began to burn vegetation on the federal highway 183 in order to prevent dead wood from catching fire and the fire from spreading.

The forest fire in Brandenburg broke out on Monday and quickly spread to around 800 hectares. According to a district spokesman, firefighting is currently covering an area of 550 to 600 hectares.

Wildfires in Brandenburg and Saxony
Wildfire in Falkenberg cannot be contained