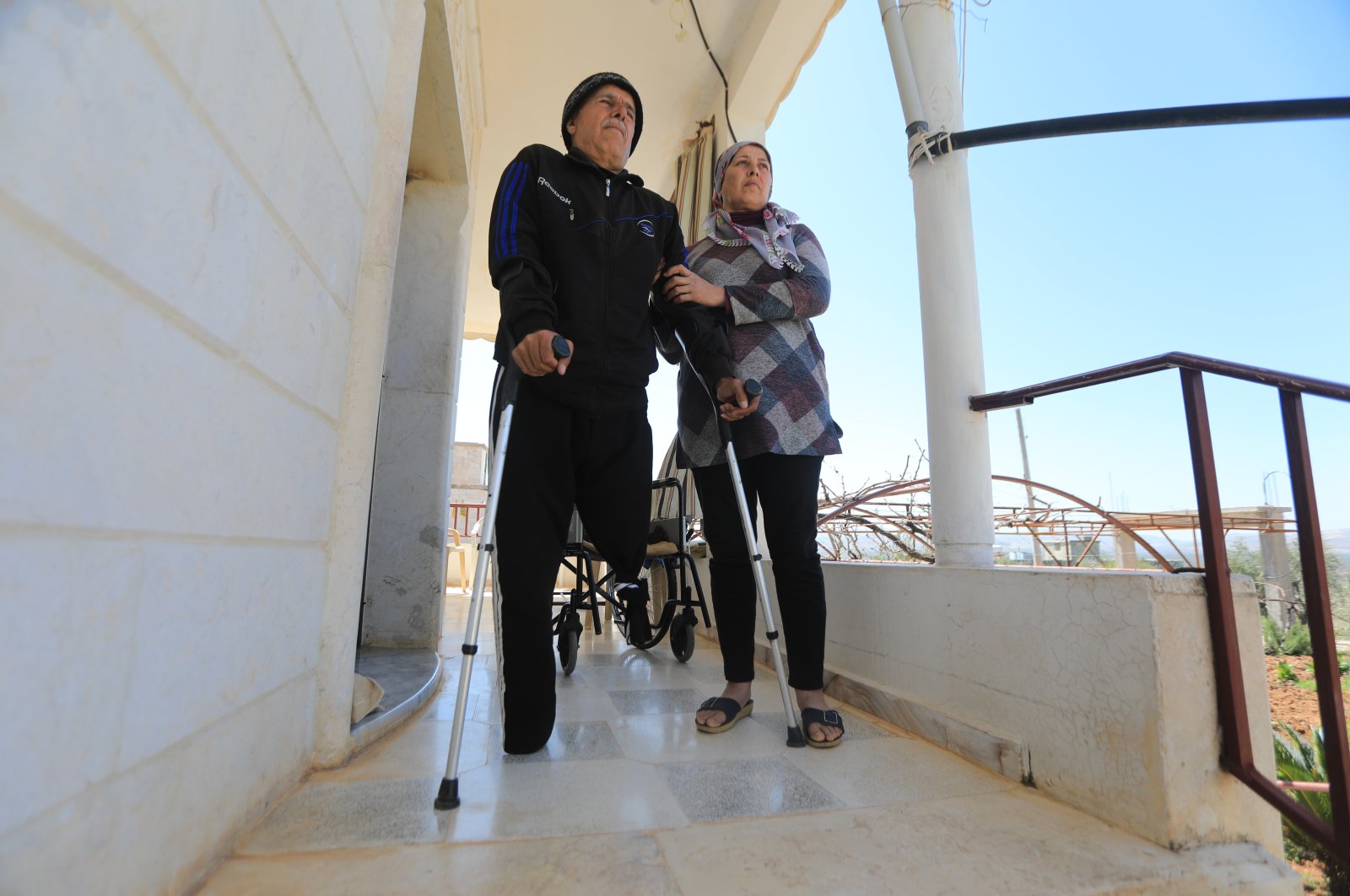 Civilians living in northern Syria fear for their lives due to land mines planted by Daesh and U.S.-backed YPG/PKK terrorists.

Ibrahim Fallaha, 40, who lives in the northern Syrian city of al-Bab, which was liberated by the Turkish military from Daesh terrorists, told Anadolu Agency (AA) that his life was ruined due to a mine planted by Daesh in 2017.

Fallaha was speaking on April 4, International Day for Mine Awareness, saying that Daesh terrorists had encircled the town center with mines to use civilians as a barricade. He noted that a mine exploded as he was trying to flee the city with his children, father, aunt, uncle’s wife and his sister’s husband.

“When I regained consciousness after the explosion, I realized that my father, my uncle’s wife, aunt, my sister’s husband and two of my sons died,” Fallaha said, breaking into tears.

Meanwhile, 59-year-old Abdurraqeb Hannan noted that he returned to his home in Afrin after the Turkish military cleared U.S.-backed YPG/PKK terrorists in Operation Olive Branch in 2018. He said he lost his leg after a mine planted by the terrorists exploded.

“Many residents who returned to their homes here lost their lives as a result of the YPG/PKK mines,” Hannan said, adding that another person also lost their legs in the explosion and one person died. Hannan continued by saying that the terrorists laid the mines to harm civilians.

“The YPG/PKK had even placed explosives on doors so when people returned to their homes the mines exploded as soon as they opened the doors,” Hannan added.

According to a report by the Syrian Network for Human Rights (SNHR), at least 2,821 civilians, including 697 children and 294 women, lost their lives due to land mines in the past 11 years.

Syria overtook Afghanistan in 2020 as the country with the highest number of recorded casualties from landmines and explosive remnants of war, according to the Landmine Monitor.