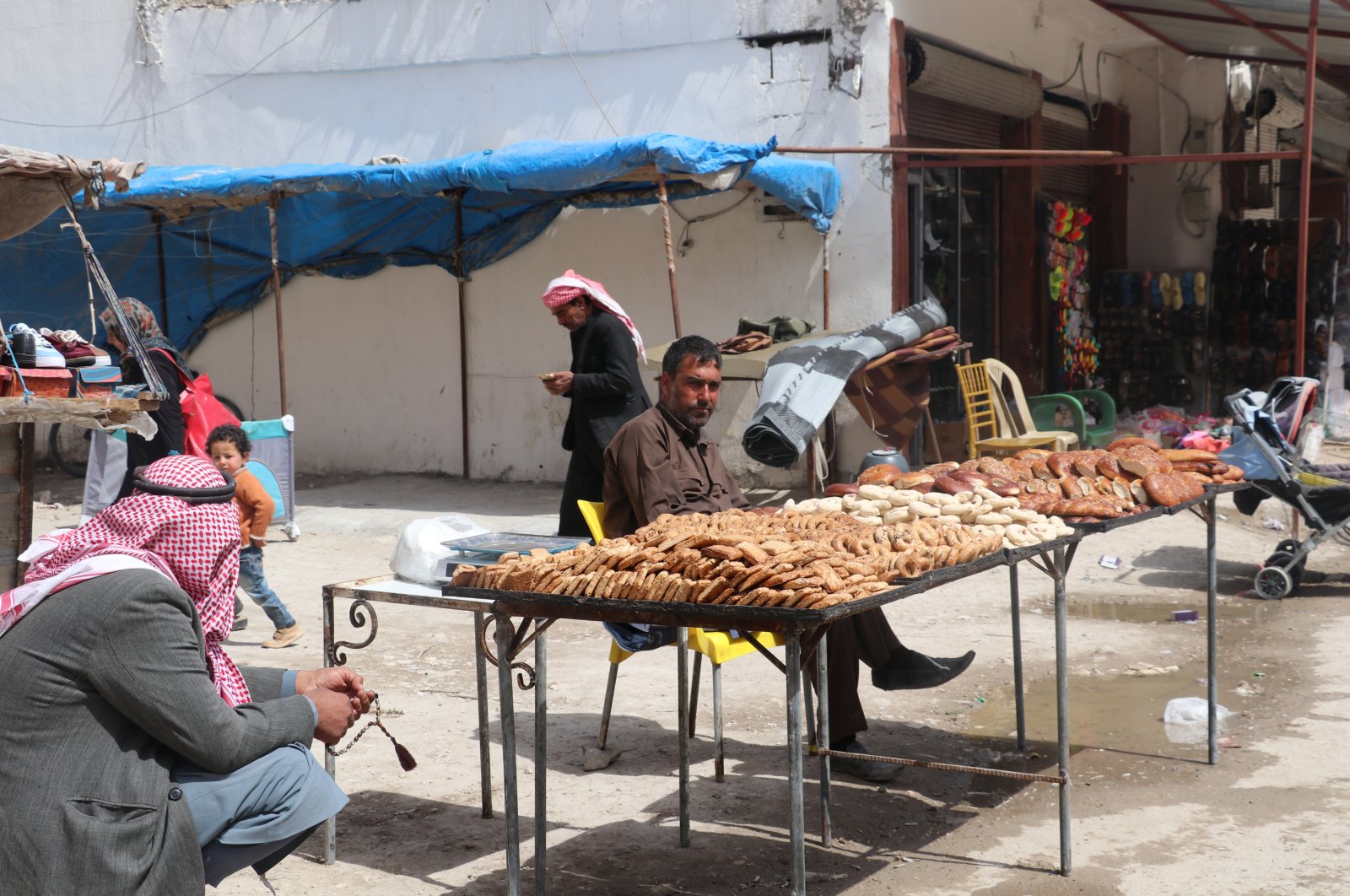 Displaced civilians in Syria’s northern districts of Tal Abyad and Ras al-Ain will again be able to observe Ramadan in peace and security thanks to Turkey’s counterterrorism efforts.

Turkey, with the support of the Syrian National Army (SNA), established regional security by keeping the terrorists of the PKK terrorist group’s Syrian branch, the YPG, out of Tal Abyad and Ras al-Ain.

Raed Dehish, who took refuge in Turkey when the YPG occupied Tal Abyad, told Anadolu Agency (AA) that the country’s 2019 counterterrorism Operation Peace Spring allowed him to return to his district.

Tal Abyad was able to prepare for another Ramadan without fear of the YPG terrorists, he said. “The atmosphere of security has been fully ensured. People live comfortably day and night in the district.”

Heysem Shelesh, from Ras al-Ain, echoed these concerns, stating that the high prices were hurting both merchants and consumers in the district.

“The people’s purchasing power is poor. Their financial resources are insufficient for spending,” he said, adding that the month would be overshadowed by high food prices.

During Ramadan, charities usually offer hot meals from mobile kitchens, a practice that Shelesh hopes would continue even after Ramadan.

Locals’ purchasing power has suffered due to drought over the past two years, even as energy prices rose and inflation made it harder to get hold of essential commodities.

Turkey carried out Operation Peace Spring against the U.S backed-YPG in northern Syria to bring peace and tranquility to the region. After the completion of the operation, Turkish and SNA units focused on ensuring the security of the region and creating the necessary conditions for the return of civilians displaced by terrorism.

The operation, conducted in line with the country’s right to self-defense borne out of international law and United Nations Security Council resolutions, aimed to establish a terrorism-free safe zone for Syrians to return to the area east of the Euphrates, then controlled by the YPG/PKK terrorists.

Since the launch of the operation, Turkey has been supporting every aspect of life in the region, from health to education, security to agriculture. In this respect, efforts to clear bombs and improvised explosive devices were launched and administration duties were given to local councils.

The country also rolled up its sleeves to reconstruct hospitals, schools, mosques and roads destroyed by the YPG/PKK. Within the scope of improving the region’s social infrastructure, people were given food and clothing by several nongovernmental organizations (NGOs), while roads and buildings were rebuilt. These efforts paid off as hundreds of displaced Syrians started to return to the liberated areas.

Thanks to Turkey’s intense contributions to health, education and services life has returned to normal and the population of the region now stands at around 250,000.

The atmosphere of trust and stability provided in the Tal Abyad and Ras al-Ain districts in the Operation Peace Spring region distanced both districts from the chaos of the war.

The commercial activity at the open customs gates with Turkey also plays an important role in the development of the region.

In its more than 40-year terror campaign against Turkey, the PKK, listed as a terrorist organization by Turkey, the United States and the European Union, has been responsible for the deaths of over 40,000 people, including women, children and infants.