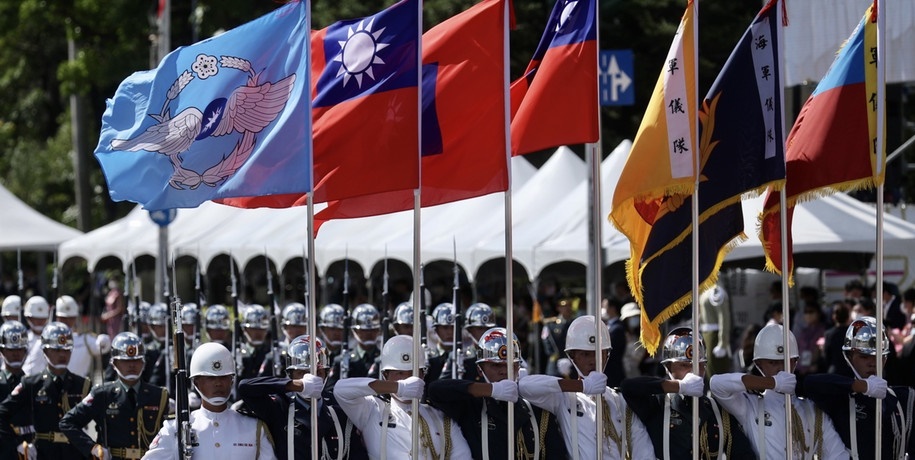 On October 1, 1949, the communist revolutionary Mao Zedong proclaimed the People’s Republic of China in Beijing.

This event symbolizes the end of the Chinese Civil War. Mao’s communists defeated the ROC military. However, many representatives and supporters of the Republic do not want to admit defeat and are fleeing to the island of Taiwan off the Chinese mainland. Since then, for 72 years, there have been two de facto Chinese states: the communist People’s Republic of China and the Republic of China, which is still officially called that, but is internationally known by the name of the island on which it is located – Taiwan.

Nationalism and the cult of personality are on the rise

After the death of the long-term dictator Mao Zedong in the late 1970s, a remarkable economic boom began in the People’s Republic, which has made the country the second largest economy in the world after the USA. Politically, however, the People’s Republic of China remains a dictatorship. The leadership in Beijing does not allow opposition, freedom of expression and a civil society that deviates from state opinion.

The current head of state, Xi Jinping, has consistently expanded the role of the Communist Party in politics, society and the economy since he came to power almost nine years ago. Nationalism and personality cults have recently increased significantly.

One of the most stable democracies in Asia

Taiwan, on the other hand, has evolved from a dictatorship into a vibrant democracy since the late 1980s. The island is one of the most politically stable democracies in Asia. Today’s 23 million inhabitants enjoy all the freedoms of a modern and liberal state: freedom of opinion, freedom of the press and freedom of demonstration, a functioning constitutional state and a lively and free civil society. President Tsai Ing-Wen regularly emphasizes Taiwan’s independence:

“I call on China to recognize our existence as Taiwan. China must respect that our 23 million people insist on freedom and democracy. We must resolve our differences peacefully and as equals.”

What the Taiwanese President is alluding to here is the Chinese government’s demands for Taiwan to be annexed to the People’s Republic – or for “reunification”, as it is officially called in China.

For the political scientist Dirk Schmidt from the University of Trier, the word “reunification” is problematic – at least from a Taiwanese point of view, as the expert on China’s foreign policy emphasizes:

Maps depict Taiwan as part of the People’s Republic

Head of state and party leader Xi Jinping regularly makes it clear that historically it was intended to integrate Taiwan into the People’s Republic. In January 2019 he said:

“We cannot promise that we will not use force. We reserve the option to take any necessary measures if in doubt. This notice is not directed at our compatriots in Taiwan, but at forces from outside and at the very small number of independence activists in Taiwan.”

A clear majority wants to retain their independence

It is part of the strategy of the Chinese state and party leadership to pretend that only a small minority of Taiwanese are against joining the People’s Republic. In fact, it’s the other way around: a clear majority on the island wants to retain political independence and, above all, democratic liberties.

The close economic ties between the two sides are largely unaffected by the political and social differences. The People’s Republic of China is by far Taiwan’s most important trading partner.

Which countries recognize Taiwan as a state?
What Pelosi’s visit to Taiwan means
US leader Pelosi landed in Taiwan