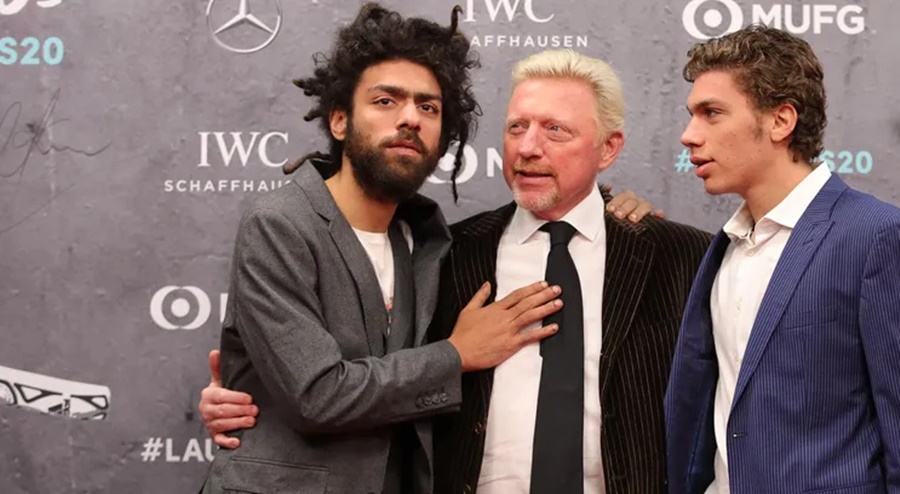 His sons Elias and Noah also visited him there for the first time, as new photos show.

At the end of April, Boris Becker was sentenced to two and a half years in prison. Immediately afterwards, the athlete resigned his prison sentence – first in London’s Wandsworth Prison, one of the toughest prisons in the world.

After four weeks, the ex-tennis professional was then transferred. The 54-year-old is now in HM Prison Huntercombe, an all-male prison. And there the Wimbledon winner got a visit from his sons, as can be seen in photos published by RTL. It was the first visit for 24-year-old Noah and his brother Elias, who was two years younger.

Novak Djokovic had revealed the day before that the two boys wanted to visit their father in prison. The tennis player was trained by Boris Becker between 2013 and 2016, played in Wimbledon on Wednesday and invited his ex-coach’s family.

“I try to support the people around him, his family members, because I really see Boris as a family member, someone I value, respect and love,” he said after his win. Becker’s girlfriend Lilian de Carvalho Monteiro and his son Noah were in the stands on Wednesday, but Elias was absent.

A day later, the three showed up in front of Huntercombe prison. Lilian de Carvalho Monteiro’s first visit was a few weeks ago. At the beginning of May, just a few days after Becker’s incarceration, she was sighted in front of the prison. She also stood by him during the process, accompanying him as often as possible. At the beginning of April, Boris Becker was then sentenced to two and a half years in prison for concealing millions in assets from his insolvency administrators.