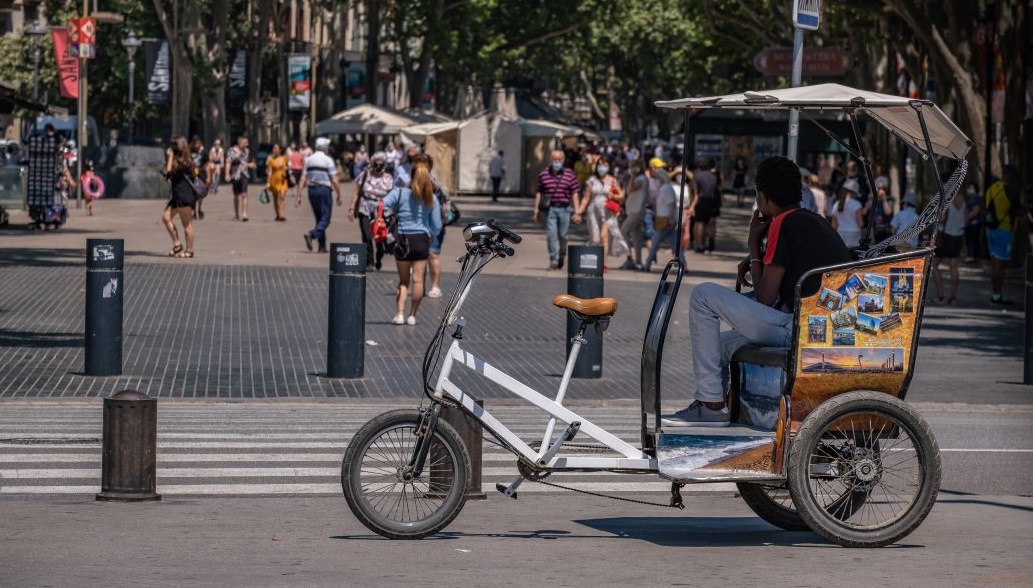 They already no longer drive to the city’s important sightseeing hotspots and from next year they will be completely abolished. Anyone who does not comply with the ban must expect high penalties.

Do you like to travel around Barcelona by pedicab? Then you should be prepared for a farewell trip on your next visit – as long as it takes place this year. Because: Bicycle taxis will be abolished next year. And not just in Barcelona, ​​but throughout Catalonia. Already this year there are major restrictions as to where and which rickshaws are allowed to go at all.

The problem with bicycle taxis in Barcelona is not new. The city has been at odds with the rickshaw operators for several years, partly because most of them work without a license. It is also criticized that the bicycle taxis do not improve the mobility of the locals, but only serve the tourists. Their use is already restricted. Since June 21, 2022, the government has required a license to be presented, as the Barcelona magazine Metropoli writes. Drivers who drive without one risk having their vehicle confiscated.

In addition to the now stricter controls on drivers, the routes that they are allowed to drive at all are also restricted. According to Metropli, driving bicycle taxis in the Sant Martí district is completely prohibited until October 31, 2022. The Torre Agbar and the Playa de Bogatell are located in this district. Bike taxis are only allowed to drive on four routes here: La Marina, La Meridiana, La Diagonal and Rambla de Prim.

Cycle taxis will be completely banned from 2023

From January 2023, bicycle taxis will be completely banned not only in Barcelona but throughout Catalonia, as reported by reisevor9.de, which refers to Spanish media. Drivers who do not comply with the ban must expect a fine of 6,000 euros. There is also a risk that the corresponding bicycle taxi will be confiscated.