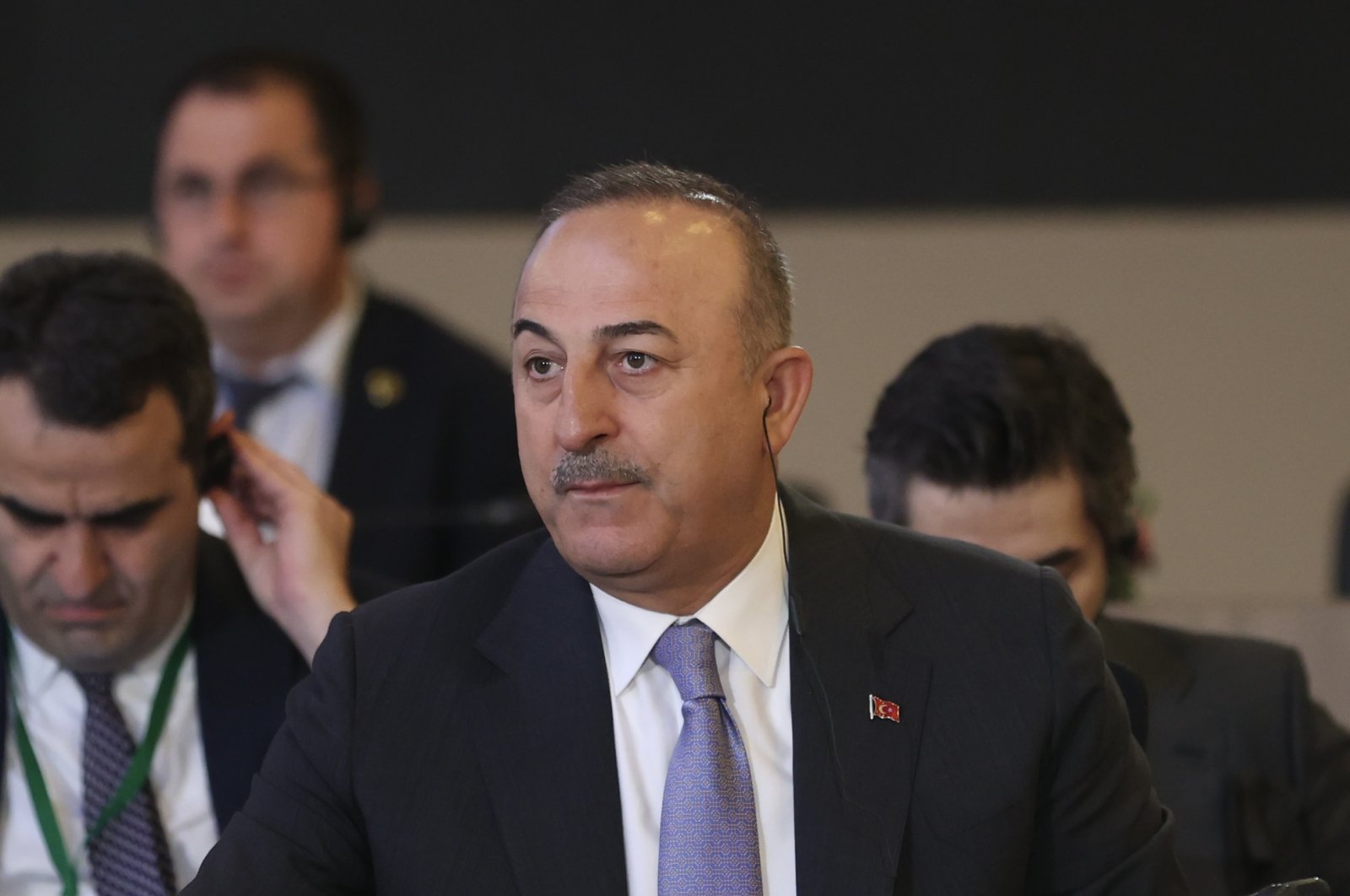 The fight against Daesh cannot be won with the help of another terrorist group, such as the PKK’s Syrian branch YPG, Foreign Minister Mevlüt ÇAvuşoğlu said Wednesday.

Attending a ministerial meeting of the Global Coalition to Defeat Daesh in Marrakech, Morocco, Çavuşoğlu said on Twitter that he told fellow coalition members about Turkey’s “unwavering fight” against all terrorist organizations.

Though Çavuşoğlu did not single out any country, Turkey has for years objected to the United States arming and supporting the YPG terrorist group just south of its borders. Washington has argued that it uses the YPG to fight Daesh terrorists, but Ankara says using one terror group to fight another makes no sense.

In its more than 40-year terror campaign against Turkiye, the PKK, listed as a terrorist organization by Turkey, the United States, and the European Union, has been responsible for the deaths of at least 40,000 people, including women, children, and infants. The YPG is the PKK’s Syrian offshoot.

Turkey was one of the first countries to declare Daesh a terror group.

Since it took the step in 2013, the country has been attacked by the terror group multiple times, with 315 people killed and hundreds more injured in at least 10 suicide bombings, seven bomb attacks, and four armed assaults.

At the meeting, which brought together over 60 countries, Çavuşoğlu said he held talks with his Spanish counterpart, Jose Manuel Albares, on the preparations for NATO’s Madrid Summit in late June, along with bilateral relations and the current situation in Ukraine.

He said he also discussed bilateral relations in a separate meeting with his Norwegian counterpart Anniken Huitfeldt, as well as regional developments, particularly Palestine, Syria, and Ukraine.

The global coalition against the Daesh terror group met Wednesday in Morocco to coordinate efforts to prevent the extremists from staging a revival in the Middle East and North Africa.

U.S. Secretary of State Antony Blinken was to have co-hosted the meeting with Moroccan Foreign Minister Nasser Bourita, but Washington’s top diplomat tested positive for Covid-19 and was replaced by senior diplomat Victoria Nuland.

Senior officials from dozens of other countries also attended the meeting, the coalition’s first yearly ministerial summit on African soil, under high security at a discreet luxury hotel in Marrakesh.

Nuland said they were committed to the “enduring defeat” of the terror group.

“Over the last several years, ISIS has been considerably weakened in Iraq and Syria, but it remains a threat, seeking any opportunity to reconstitute itself,” she said using another acronym for the group.

Bourita said the threat posed by Daesh had “not diminished” and that the coalition sought to raise $700 million for “stabilization activities” in parts of Iraq and Syria formerly held by the group.

The discussions covered “stabilization efforts in areas previously impacted by Daesh”, strategic communication against the group’s “radicalization propaganda” and the battle against foreign fighters, the Moroccan foreign ministry said.

The meeting came three years after the coalition helped local forces crush the “caliphate” Daesh had proclaimed in Iraq and Syria but as the extremists step up their efforts to bolster their presence in the Sahel region and West Africa.

Bourita said some 1.4 million people in the two regions had been displaced due to conflict, and that “terrorist incidents” were on the rise.

The Global Coalition against Daesh was formed in 2014 after the militants seized huge swathes of Iraq and Syria. It now includes 84 states and international organizations.

Officials have long warned that Daesh still poses a worldwide threat despite its loss of a territorial base.

In January, Daesh fighters launched their biggest assault in years, a prison break in the YPG-controlled northeast Syrian city of Hassakeh, sparking a week of intense fighting that left hundreds dead.

Nuland called that attack “a reminder of their intent and a wake-up call about how untenable the current situation is in northeast Syria”.

Daesh has vowed to take vengeance for its elusive leader Abu Bakr al-Baghdadi, who blew himself up during a U.S. raid in northern Syria in late 2019.

It has also urged its supporters to take advantage of the war in Ukraine to carry out attacks in Europe.