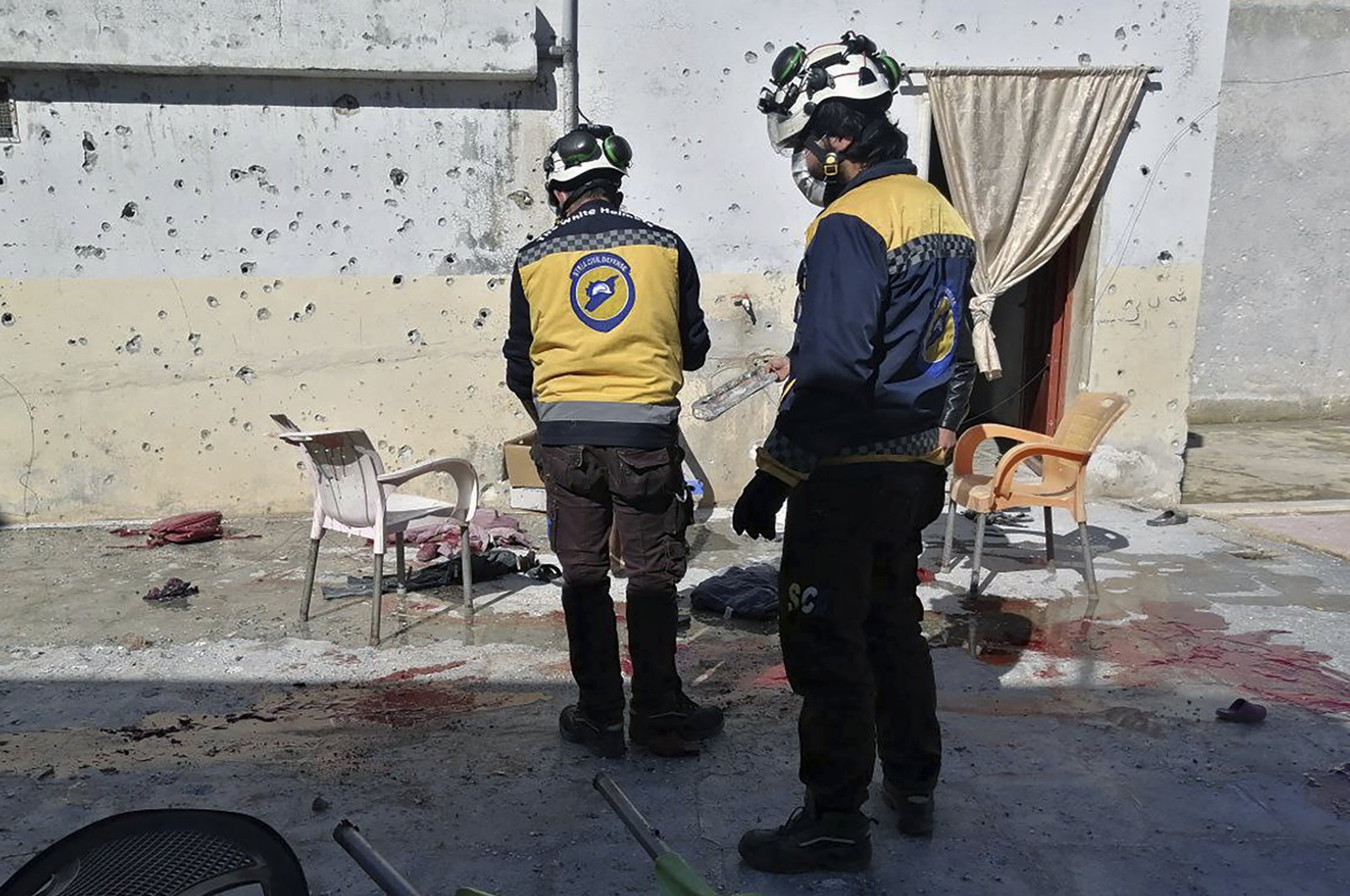 A terrorist attack by the PKK’s Syrian offshoot YPG injured at least four people, including three members of the Syrian Civil Defense (White Helmets) in the northern Syrian town of Jarablus on Monday.

The terrorists carried out a rocket attack targeting the White Helmets’ vehicle, which was in the area for a rescue operation following the YPG/PKK’s terrorist attacks west of the Euphrates River.

A civilian and three members of the White Helmets were injured and the vehicle was destroyed in the attack, Anadolu Agency (AA) reported.

The White Helmets have been credited with saving thousands of people in opposition-held areas during years of bombing by the Assad regime and Russian forces in the country’s civil war.

Jarablus was liberated from Daesh terrorists by Turkey’s Operation Euphrates Shield in September 2016. The operation, which concluded in March 2017, was meant to clear terrorists from parts of Syria that border Turkey.

Since 2016, Turkey has launched a trio of successful counterterrorism operations across its border in northern Syria to prevent the formation of a terrorism corridor and enable the peaceful settlement of locals, including Euphrates Shield in 2016, Olive Branch in 2018 and Peace Spring in 2019.

Districts of northern Syria under Turkish control are regularly targeted by the YPG, which seized large swathes of land in the northern parts of the war-torn country with the Assad regime’s blessing when clashes intensified in 2012.

Ankara considers the YPG, which was backed by the U.S.-led anti-Daesh coalition on the pretext of fighting the Daesh terrorist group on the ground, a grave national security threat.

Syria’s war has killed more than 387,000 people and displaced millions since starting in 2011 with the brutal repression of anti-regime protests.