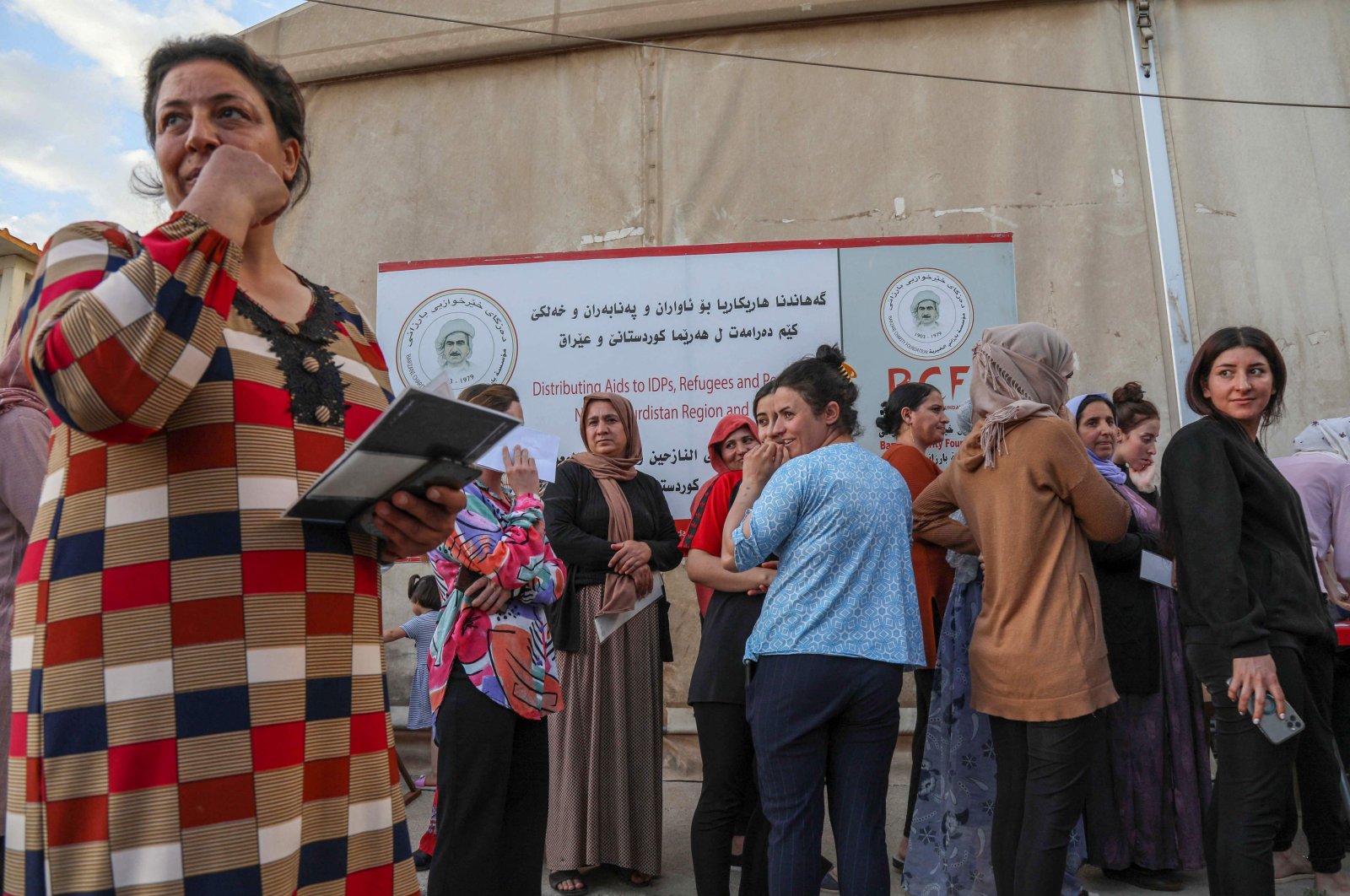 More than 10,000 people have fled fighting between the Iraqi army and Yazidi fighters affiliated with the PKK terror group, an official from Iraq’s Kurdistan Regional Government (KRG) said Thursday.

The latest figure is more than double the 4,000 that an official from the region reported Tuesday.

The Yazidis are a Kurdish-speaking non-Arab, non-Muslim minority who were massacred by Daesh terrorists in 2014.

Clashes left one Iraqi soldier dead on Monday in the northern region of Sinjar, the Yazidi minority’s heartland, which is the site of frequent confrontations between security forces and local fighters allied with the separatist PKK.

The latest fighting “has driven families to flee to the Kurdistan region,” with many heading to Dohuk province, said Dayane Hamo, an official in charge of crisis response.

“In three days, their number reached 1,711 families and 10,261 people,” Hamo said, adding they had been given food and other supplies to last a week.

The latest fighting began Sunday, with each side blaming the other for starting it.

A senior Iraqi army official said the clashes cost the lives of a dozen Yazidi fighters.

The army is seeking to apply an agreement reached between Baghdad and the Kurdistan region for the withdrawal of Yazidi and PKK fighters.

The Sinjar region has also been a target of Turkish airstrikes on the rear bases of the PKK. The KRG has an uneasy relationship with the PKK terrorists, whose presence harms the stability and security in the region and complicates the region’s lucrative trade ties with Turkey.

Amid increasing clashes with the PKK terror group in the Sinjar district of the Mosul province, the Iraqi military has launched a large-scale operation for the first time since the 2020 Sinjar Agreement, with one of the main objectives being the elimination of PKK terrorists.

Iraq has recently conducted a military operation to clear the region of PKK terrorists in response to the group’s increasing terror attacks.

Despite sporadic clashes between the army and YBŞ in recent months, there were no decisive moves taken before Sunday to implement the 2020 deal.

The presence of PKK terrorists in Sinjar causes a security threat for the civilians in the region.

Displaced Yazidis want peace and stability to be restored in the area so they can return after eight years in camps.

Although an agreement was signed between the Iraqi government and northern Iraq’s KRG on Oct. 9, 2020, the terrorist organization has stepped up its activities.

The PKK continues its presence in the district as the Sinjar Agreement has not been fully implemented yet.

Daesh terrorists attacked Sinjar, a region with a Yazidi-majority population, in August 2014. The terrorist group kidnapped and killed thousands of people, including women and children, or detained them in areas under its control. PKK terrorists managed to establish a foothold in Sinjar in 2014 under the pretext of protecting the Yazidi community from Daesh terrorists.

After the Daesh attack in 2014, most Yazidis had to leave their homes and flee to various parts of the country, including the KRG area. Some of the Yazidi victims also took refuge in Turkey. The PKK abducted and forcibly recruited Yazidi children in Sinjar. The Yazidi people held many protests for the release of their children kidnapped by the terrorist group. The recent clashes have seen Sinjar residents once again displaced from their homes.

Sinjar has a strategic position as it is some 120 kilometers (74 miles) from Mosul and close to the Turkish-Syrian border. The terrorist group aims to create a corridor between the YPG/PKK in northern Syria and Iraq’s northern Qandil region.